Went out with the ‘kids’ last night (haha) to check out the Moomba Festival happening at the banks of the Yarra River. An annual event in Melbourne, biggest community festival in town. I haven’t been in years, and Wifey hasn’t been EVER so it was time to pop that cherry ;).

Got there at around 7:30 and the place was buzzing. There were so many people on a Sunday night, no doubt the Labor Day holiday on Monday (which is today as I write this entry) would have had something to do with it, we could stay up as long as we want. Although there were moments as we wove our way through the people that Wifey and I thought that maybe it would have been better to have stayed home in bed like married couples do haha.

There were plenty of carnival games you could play. I didn’t get tempted in the beginning, I thought that it was just a waste of money “We’ll just watch the others play”. Got a little hungry at one point and decided to grab a corndog and a Coke for $10. As I was about to line up I spotted a $10 note on the ground! Score! Free food! haha. Though the corndog was pretty salty for my liking, the tomato sauce didn’t really help. It was quite massive and so Wifey and I shared it.

And so I was feeling lucky this time around since finding the $10, I thought I should play a game. Lucky Numbers game was quite easy, you pay $2 per ticket and each ticket had 5 numbers for you to open. Five chances for you to match the lucky numbers on the wall. I spent $6, didn’t win any. So I guess the luck ran out. We watched the others ride the dizzying ‘Sky Walker’. I got dizzy just by watching them haha. 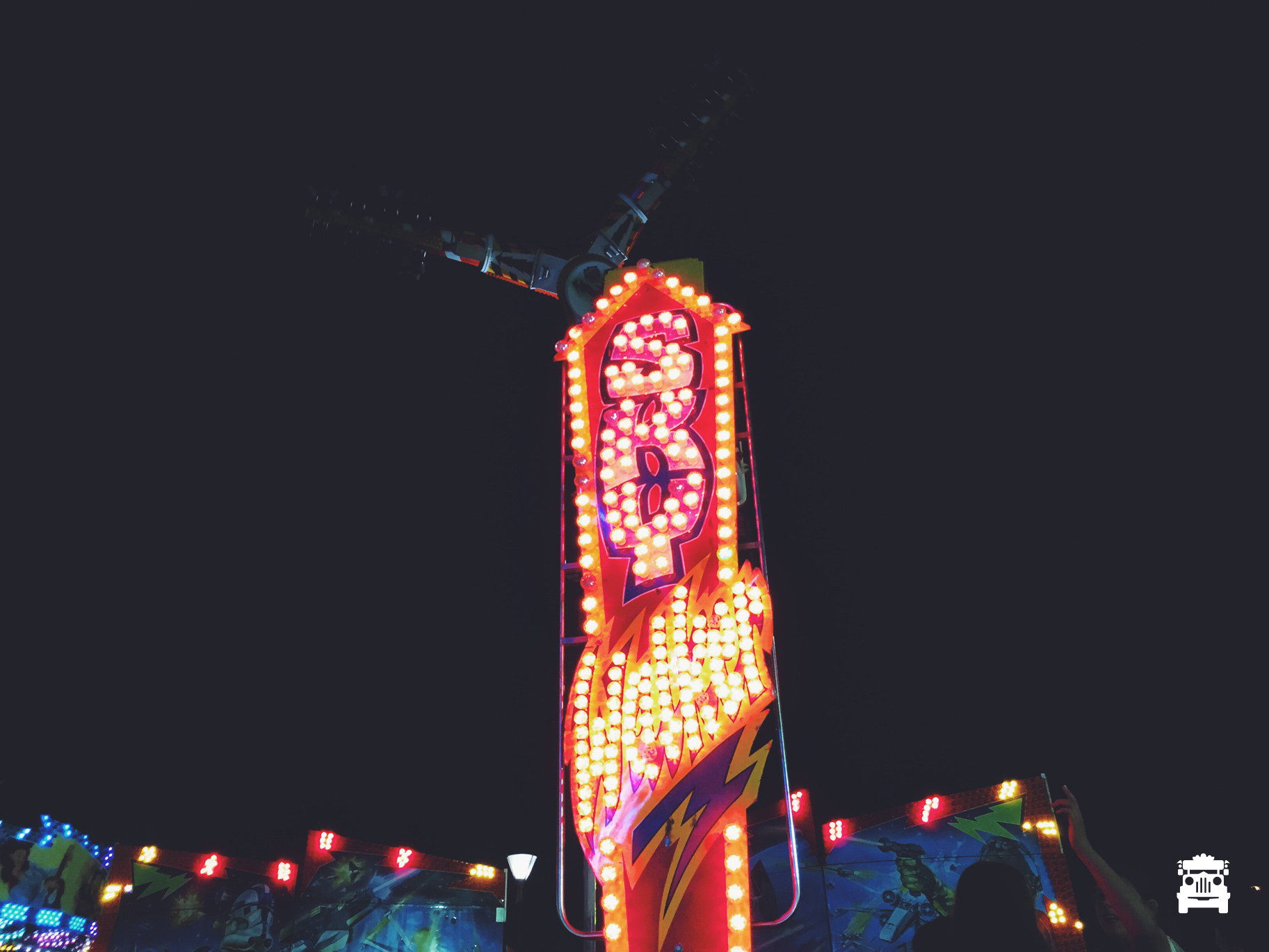 It was a pretty good night I must say. I would probably go again next year.