It took nearly two hours to get from Lugano to Lucerne. Yet another town by the lake. I was also looking forward to this town since my brother really hyped it up. He said it was the best place he’s ever been to in Europe! He was there 10 years ago with his wife and his sis-in-law and her husband. They went to Europe for their honeymoon. He said that the water in the lake was clear and you could see really big fish swimming. You could also see the snow-capped Swiss Alps that surrounded the lake and the town.

As soon as we reached the town, our first destination was to see the Lion Monument which commemorated the Swiss Guards that were slain in 1792 during the French Revolution. The lion in the sculpture appeared to be sleeping but in fact it was dying due to an arrow impaled in its body. It was sculpted by Bertel Thorvaldsen. Apparently there was an urban legend regarding this sculpture. If you looked closely around the cave dwelling of the lion, you could somehow trace a shape of a pig. Apparently this was a symbol added by Bertel as he was not paid for this work. Basically he was calling the commissioners pigs for not paying him. 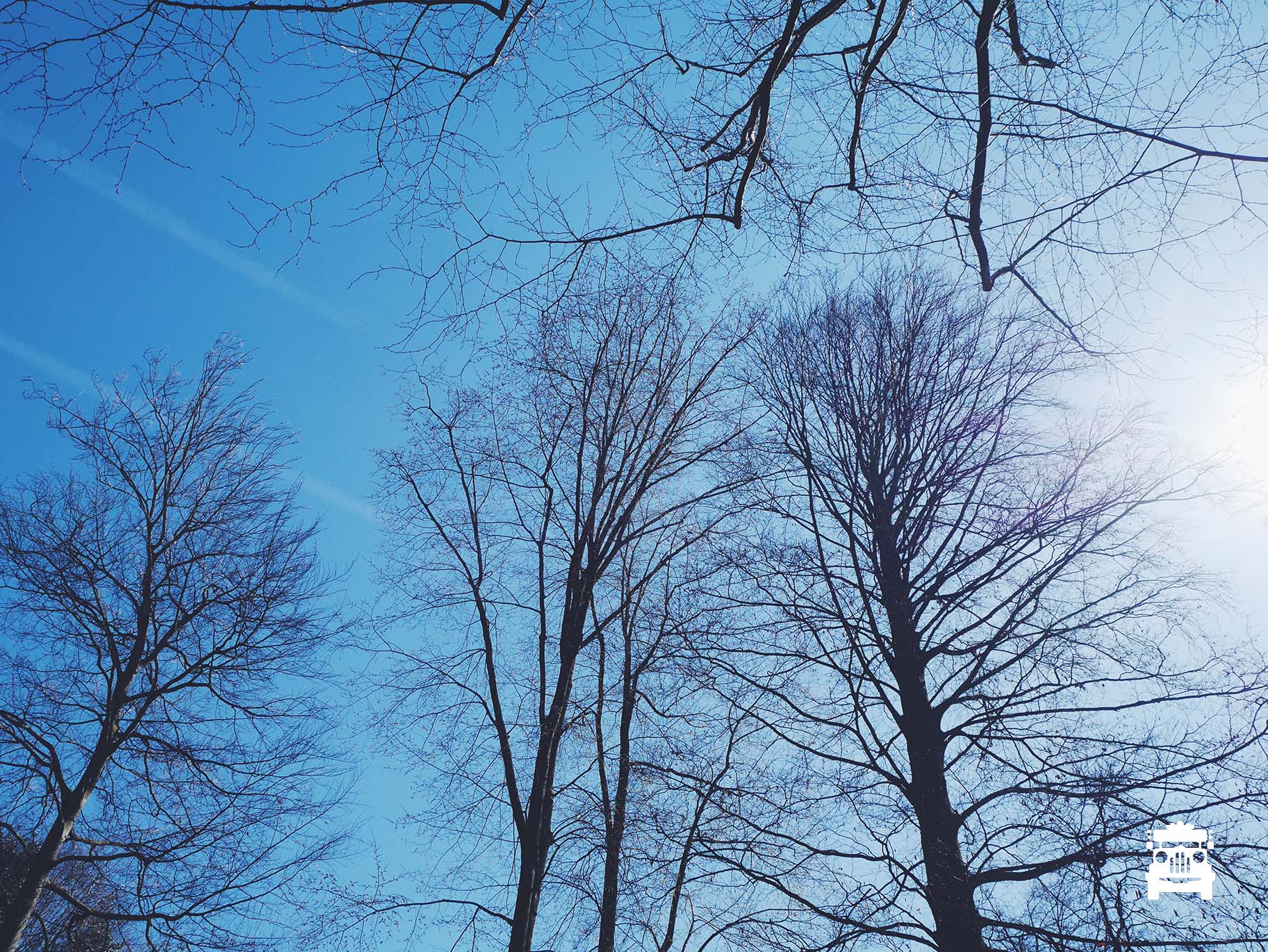 After visiting the statue we were dropped off at the city centre for some free time. Some of the tour group went on a cruise around the lake. We decided not to do the cruise. Instead we walked around to see what else Lucerne had to offer. Lucerne was beautiful. The water was clear, the snow-capped mountains were there too. There were no fish at all, plenty of swans and ducks though. The town was quite a busy place, so many tourists! We found a hotdog stall and that is what we had for lunch haha. One thing about Lucerne, everything was expensive! A fridge magnet cost at least €4 , I shall get to another spending story later though. Anyway, we found the Chapel Bridge, one of Lucerne’s main attraction, spanning across the Reuss River. It was made out of wood and had been set on fire a number of times, the last time was in 1993 which destroyed two thirds of the paintings that hung within the ceiling of the bridge. It was restored back in 1994. We took a lot of photos with this bridge lol. Well it was the only thing that we saw that seemed interesting. I guess the town was quite similar to Lugano but busier. Maybe we could have appreciated it more if we went on the cruise :S. 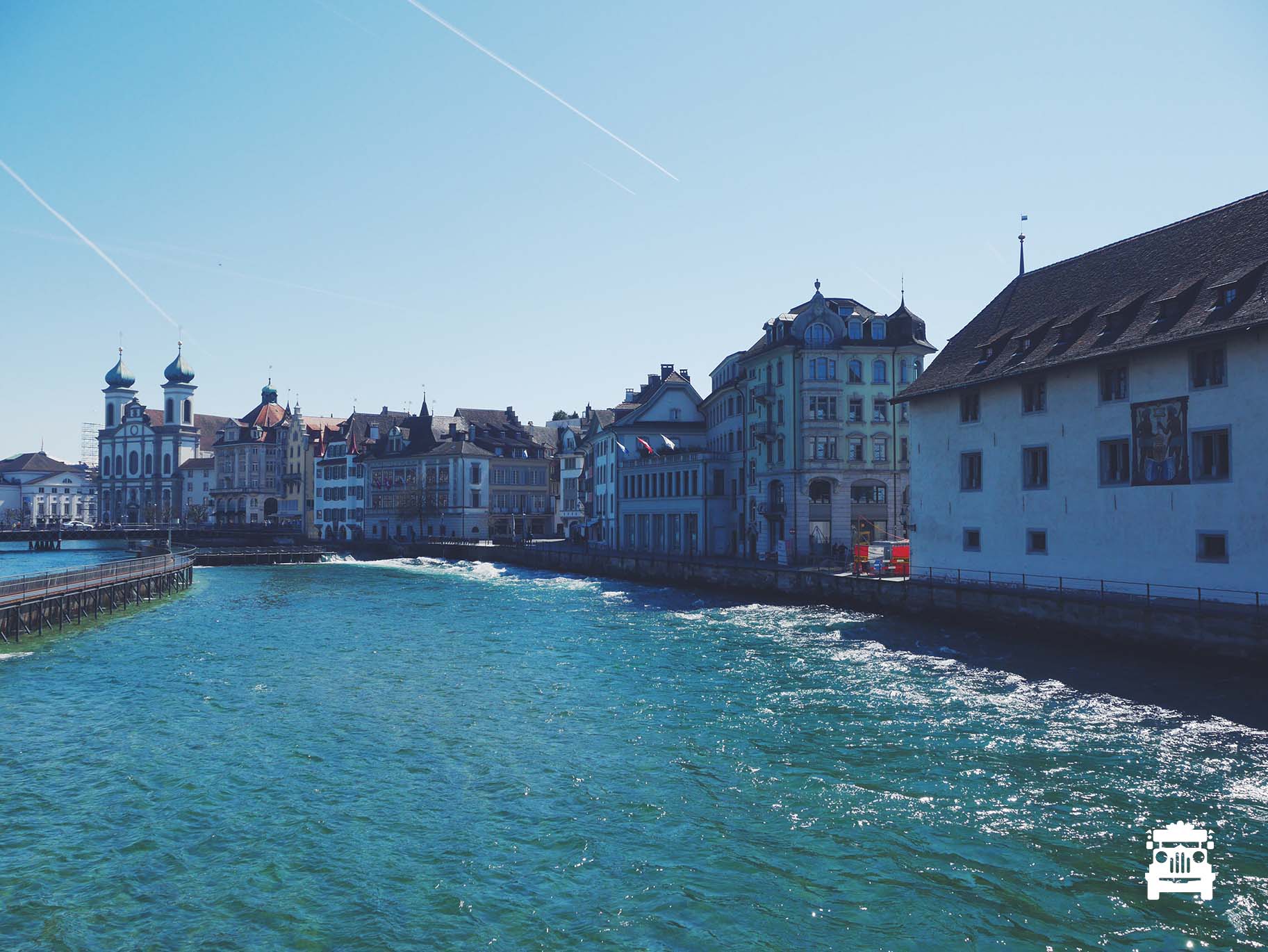 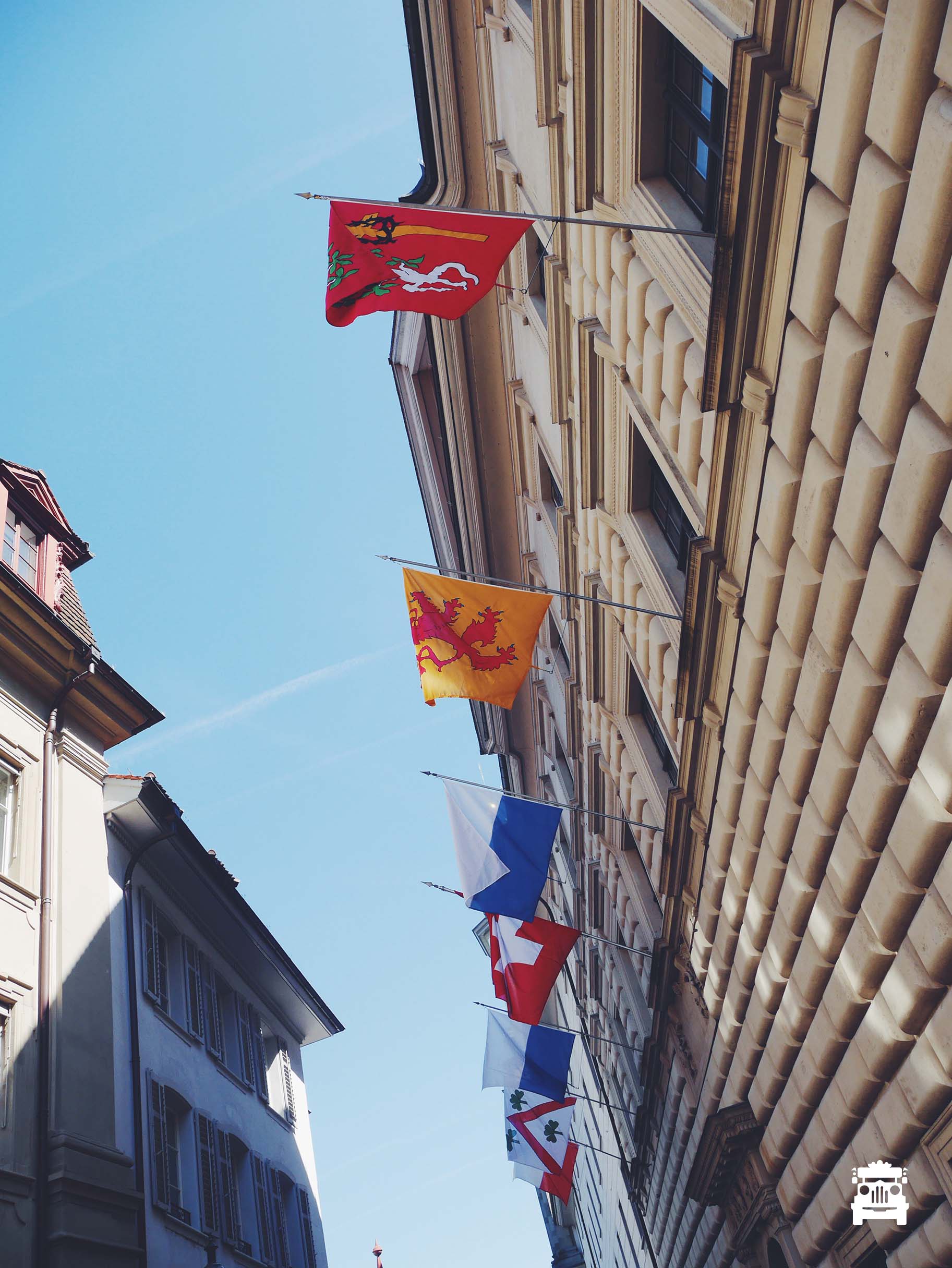 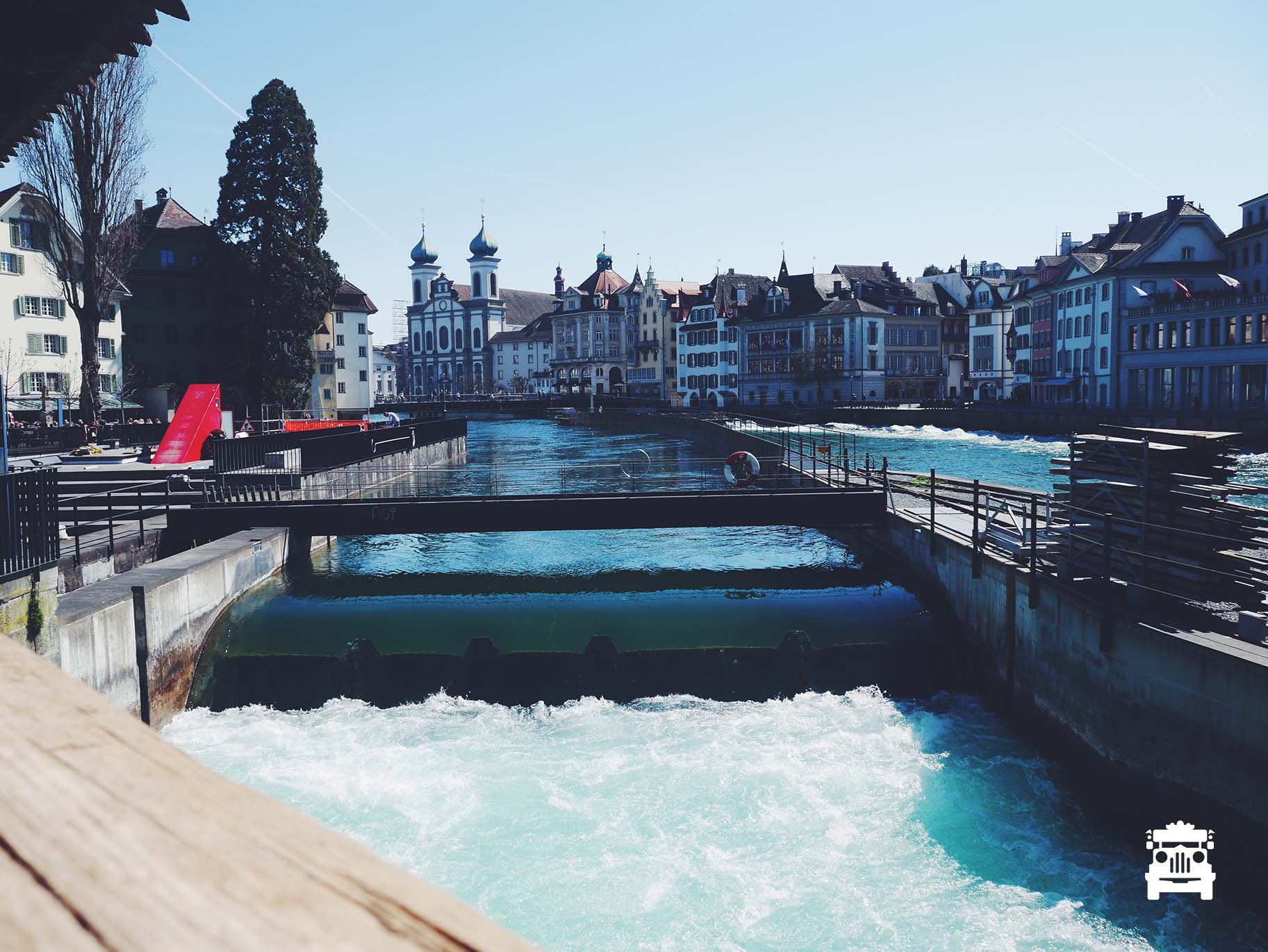 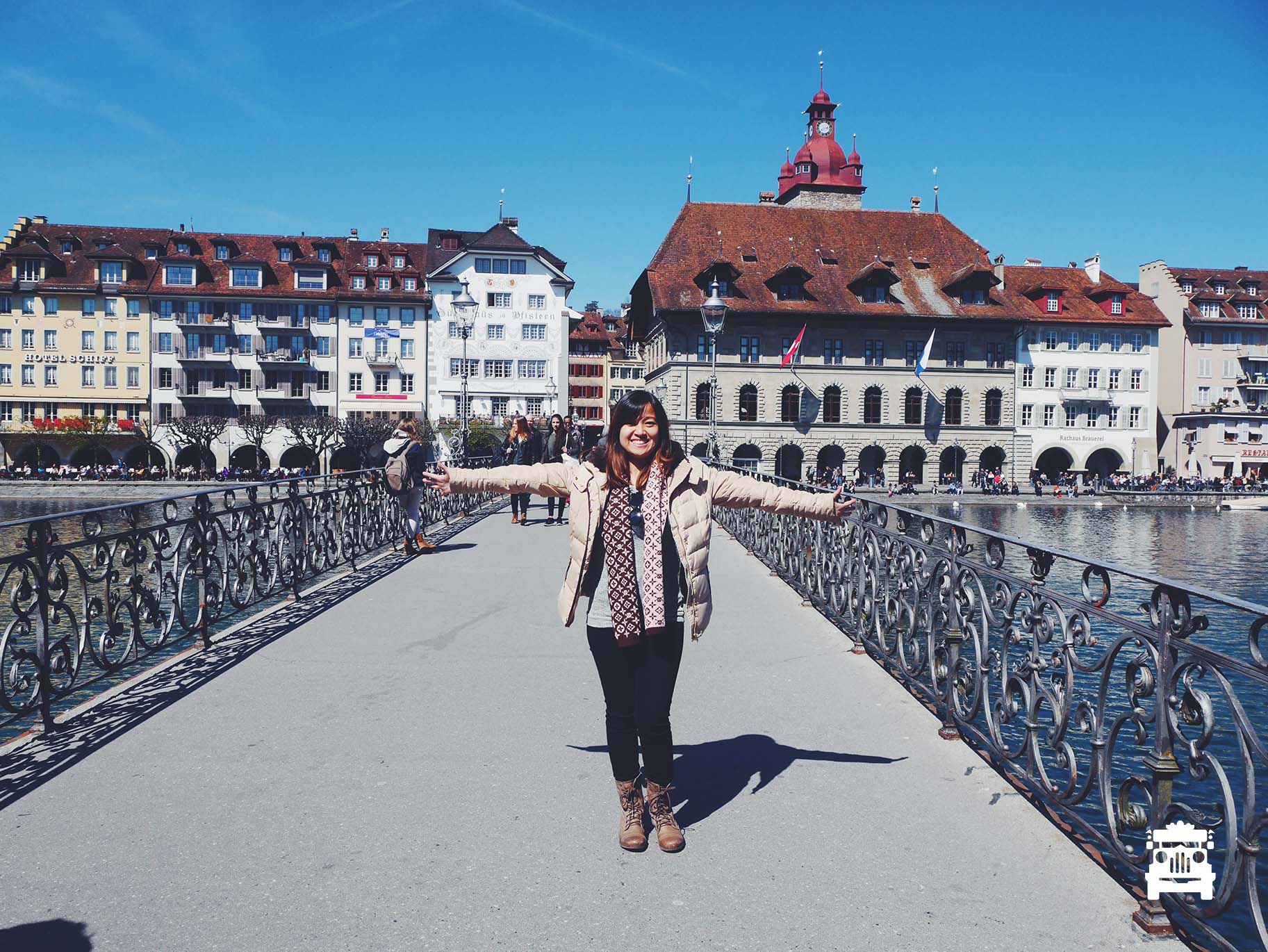 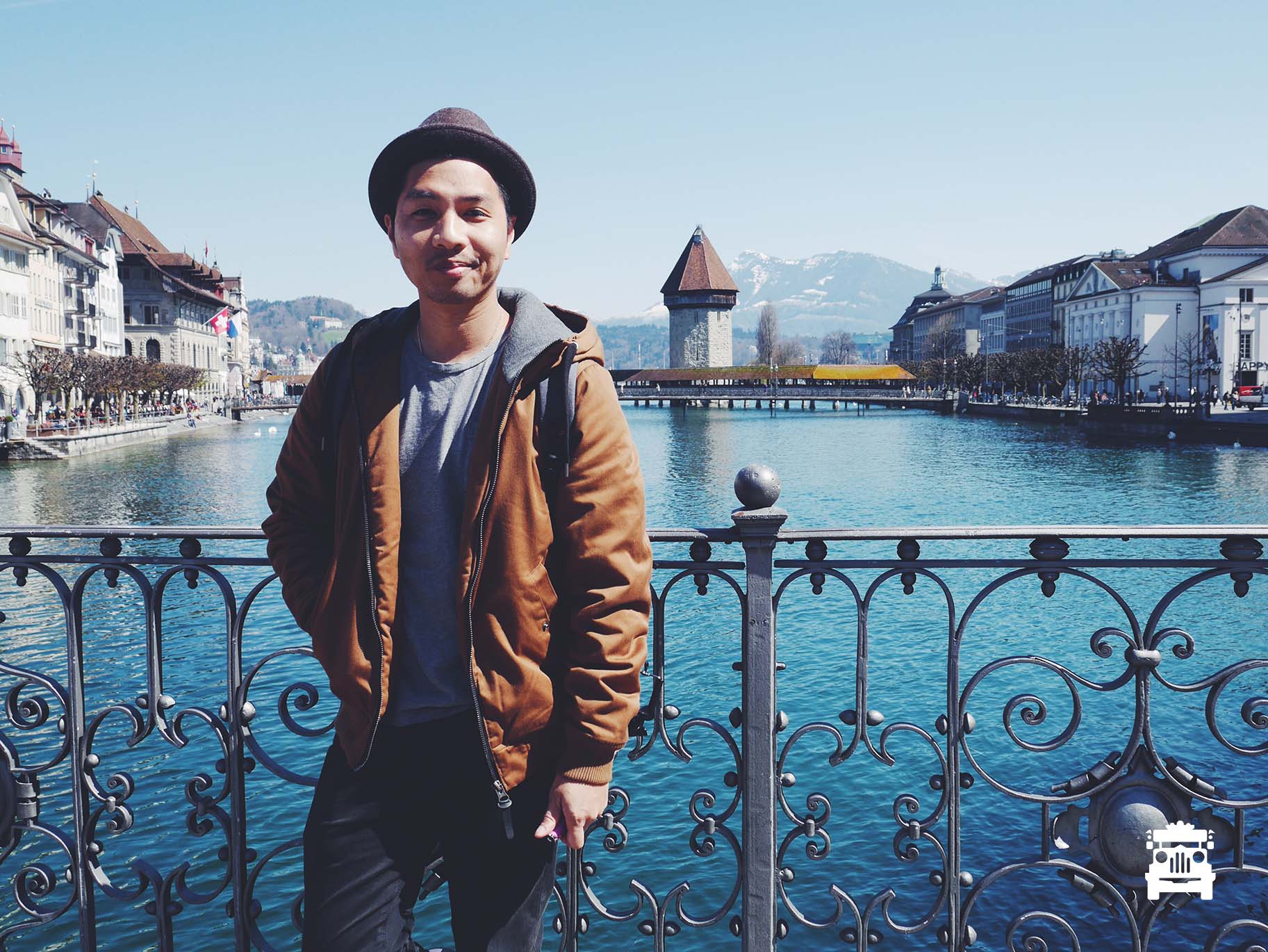 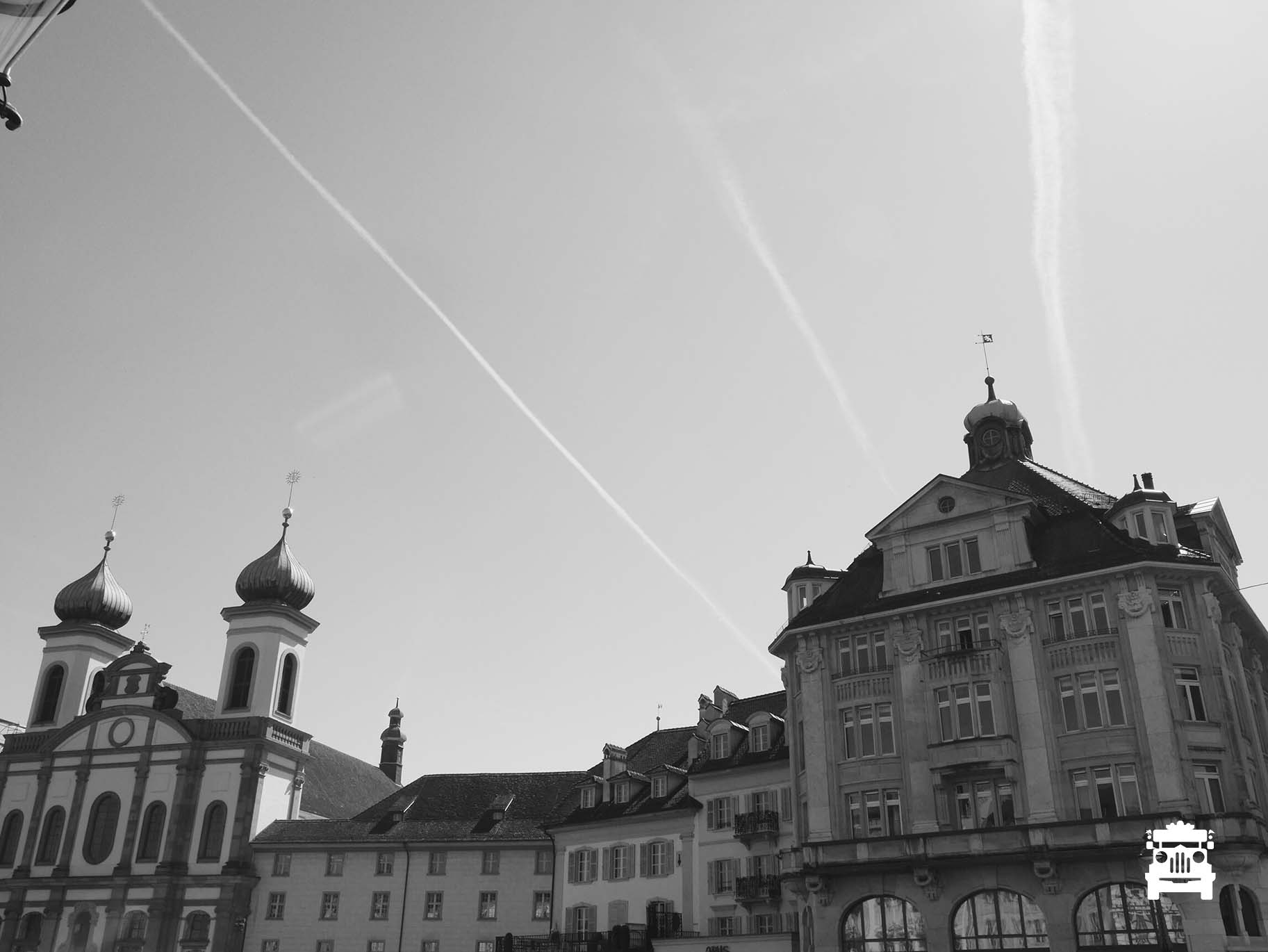 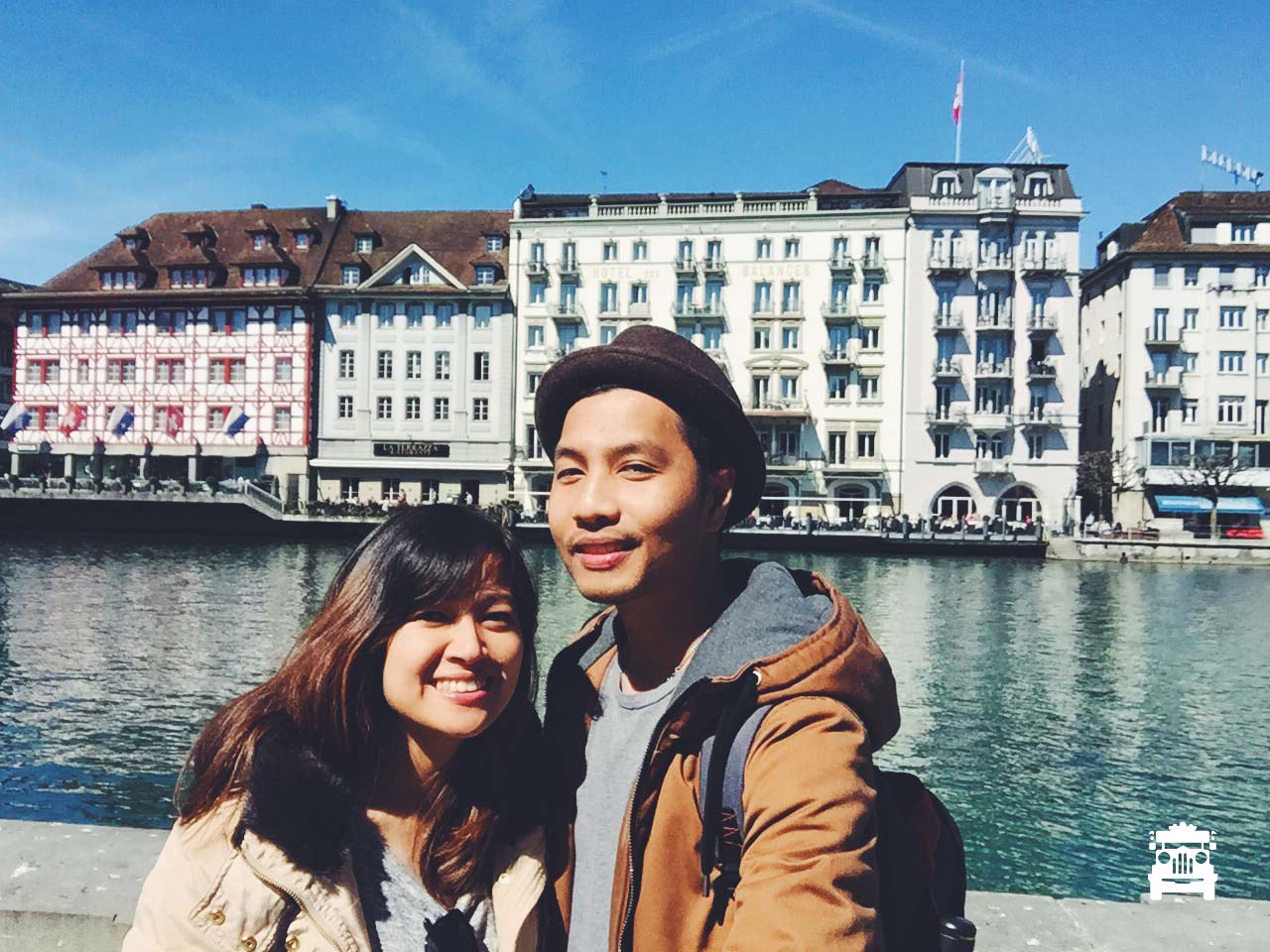 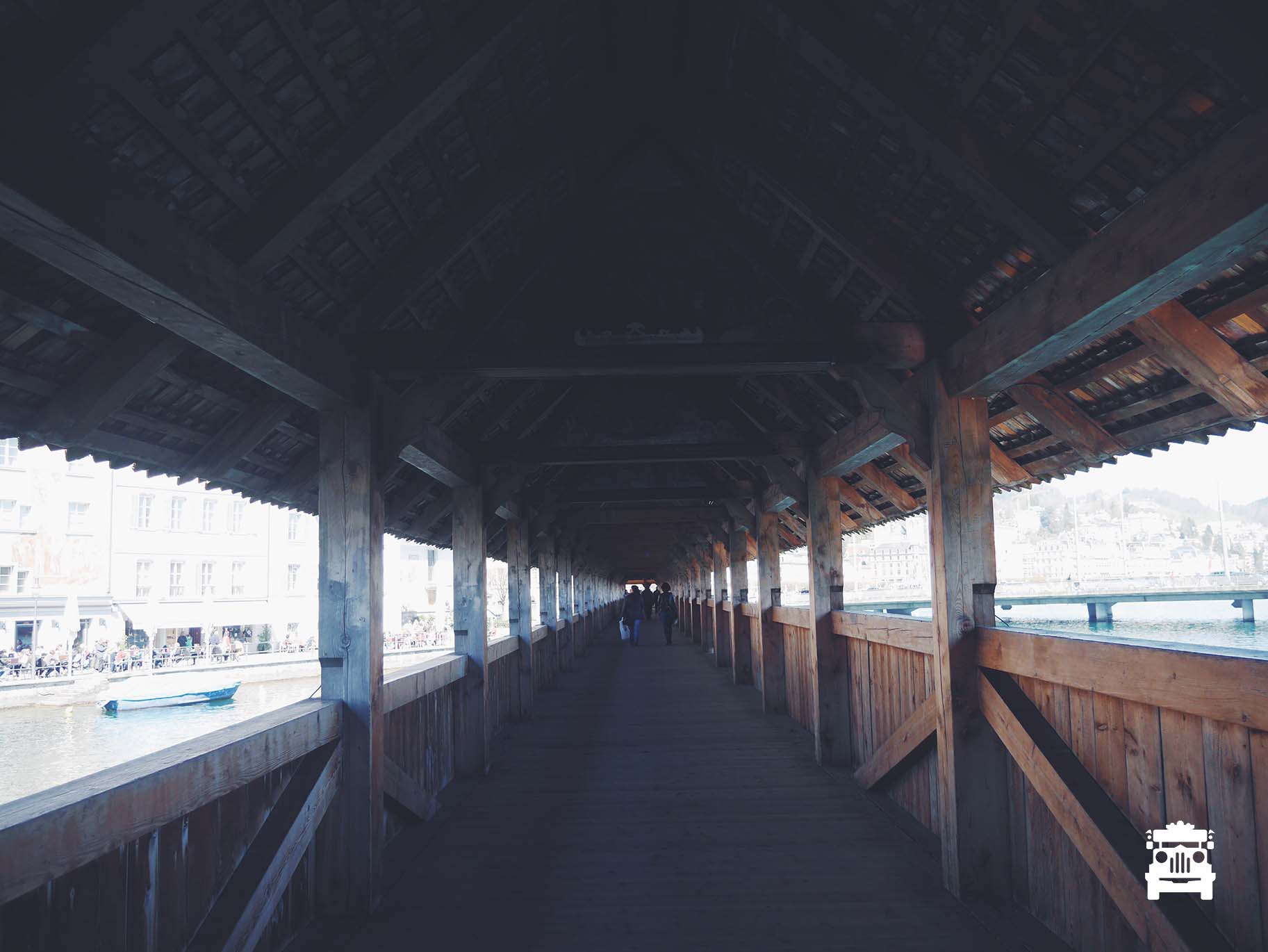 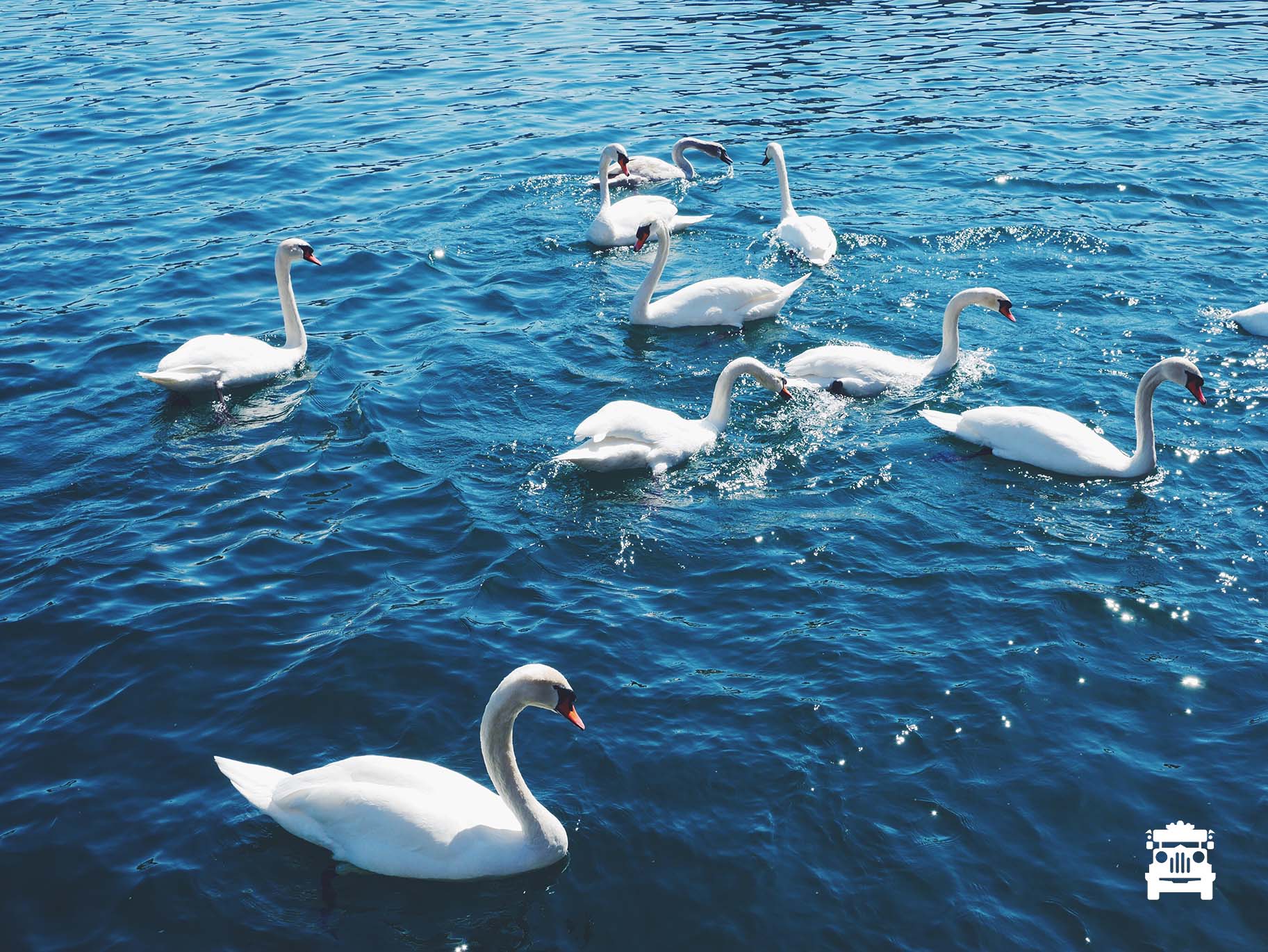 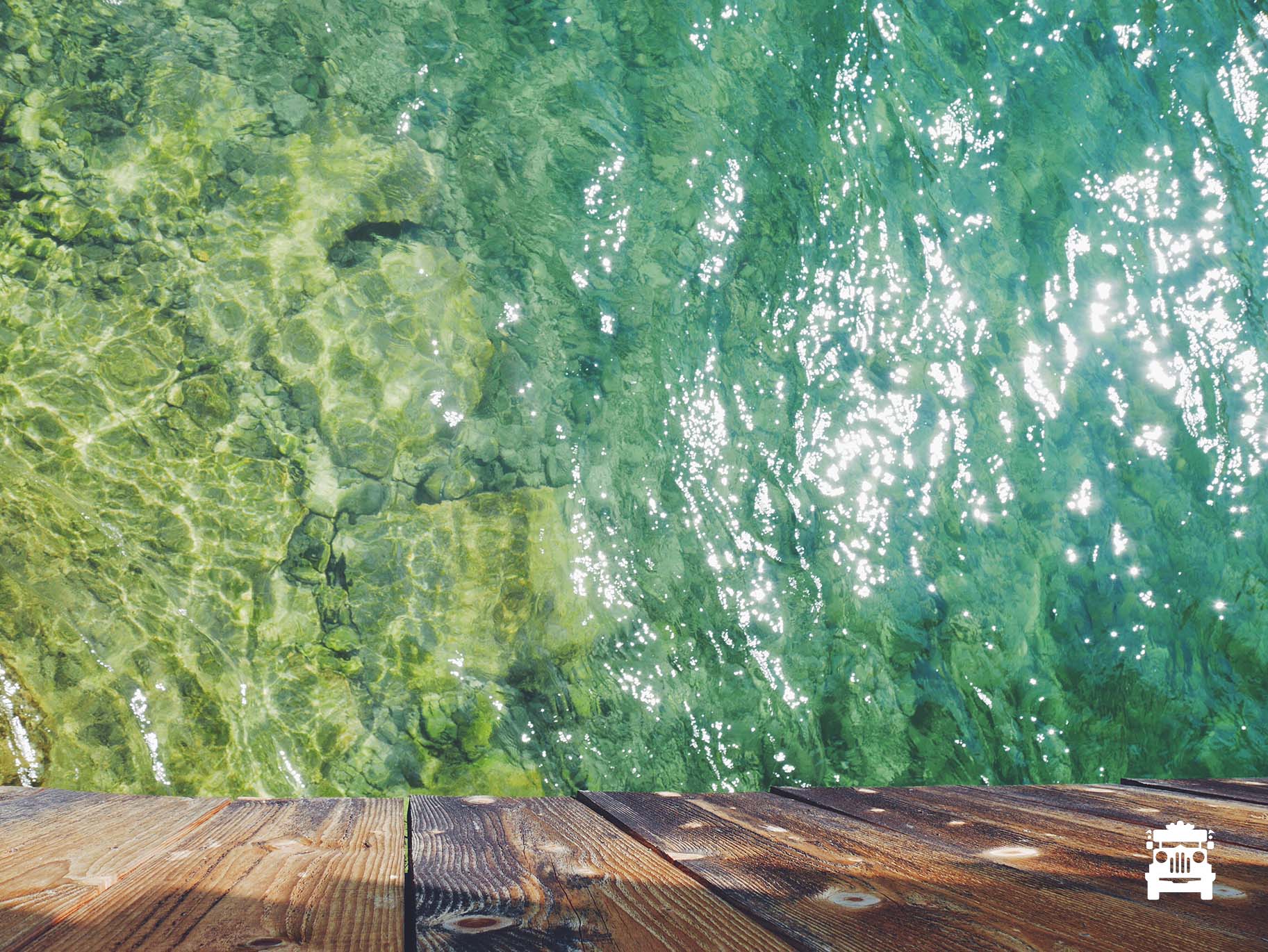 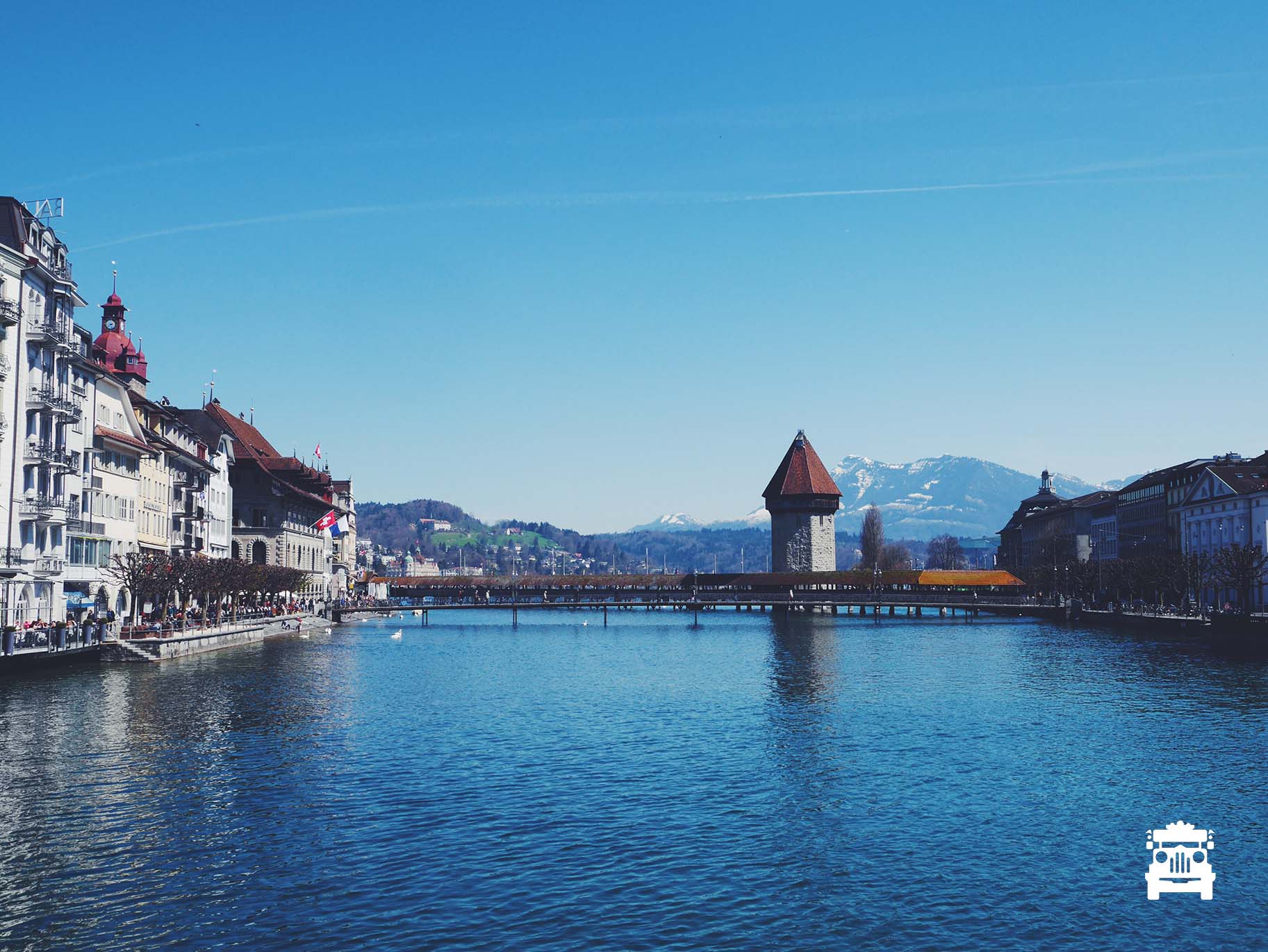 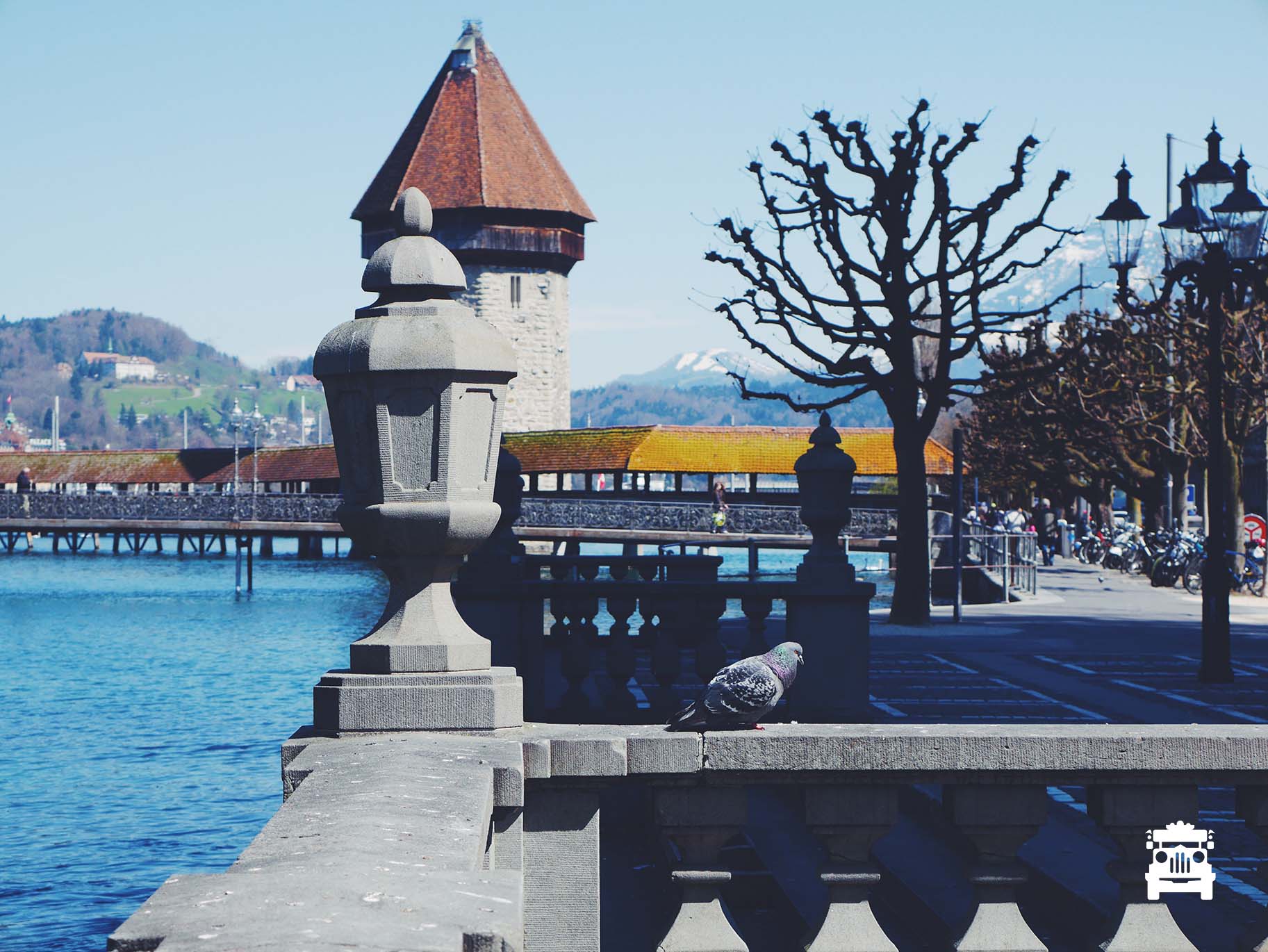 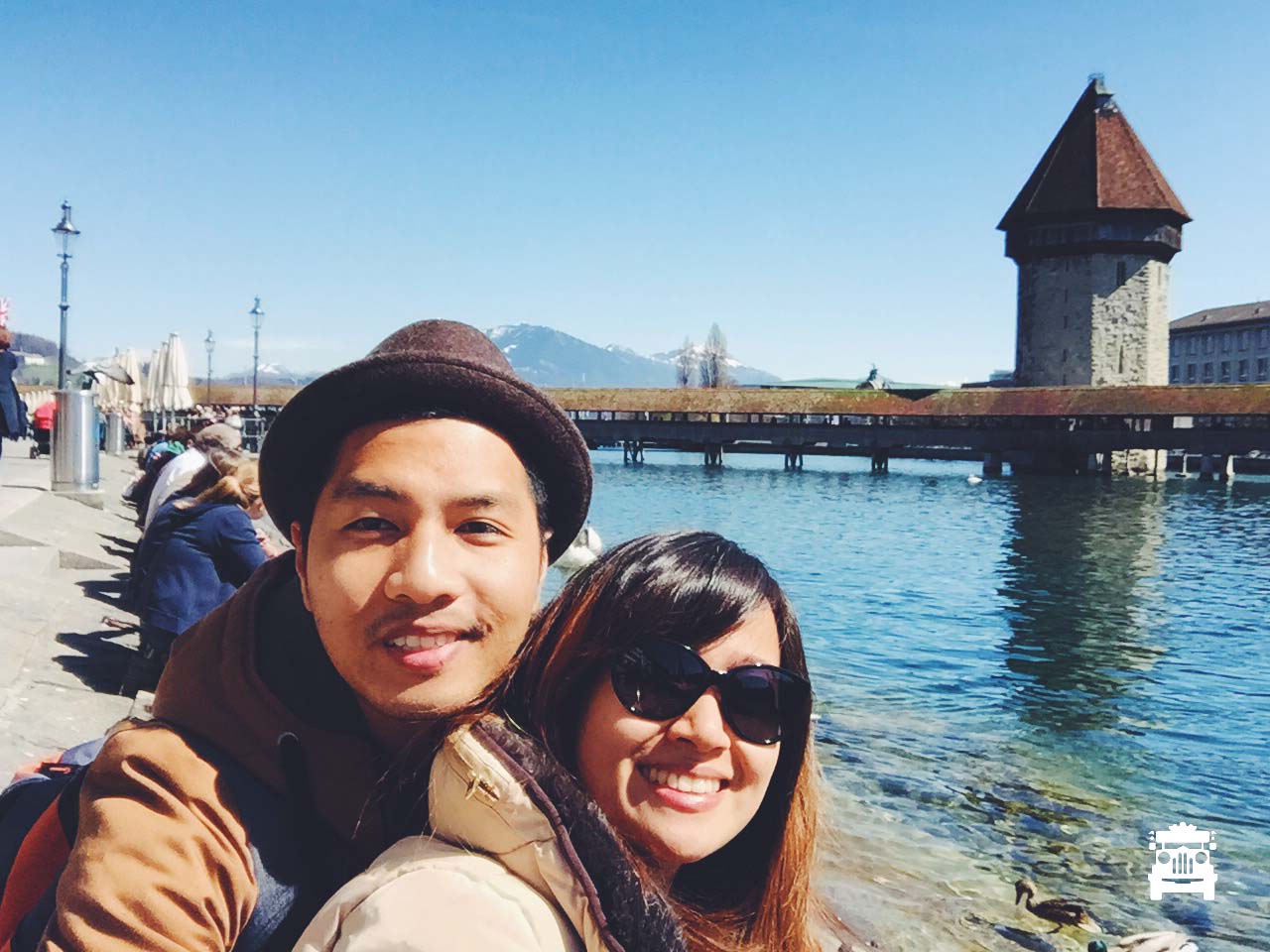 We strolled along the shores of the lake where you could see the Swiss Alps in the horizon. We had some Movenpick ice cream too since this brand originated from Switzerland. 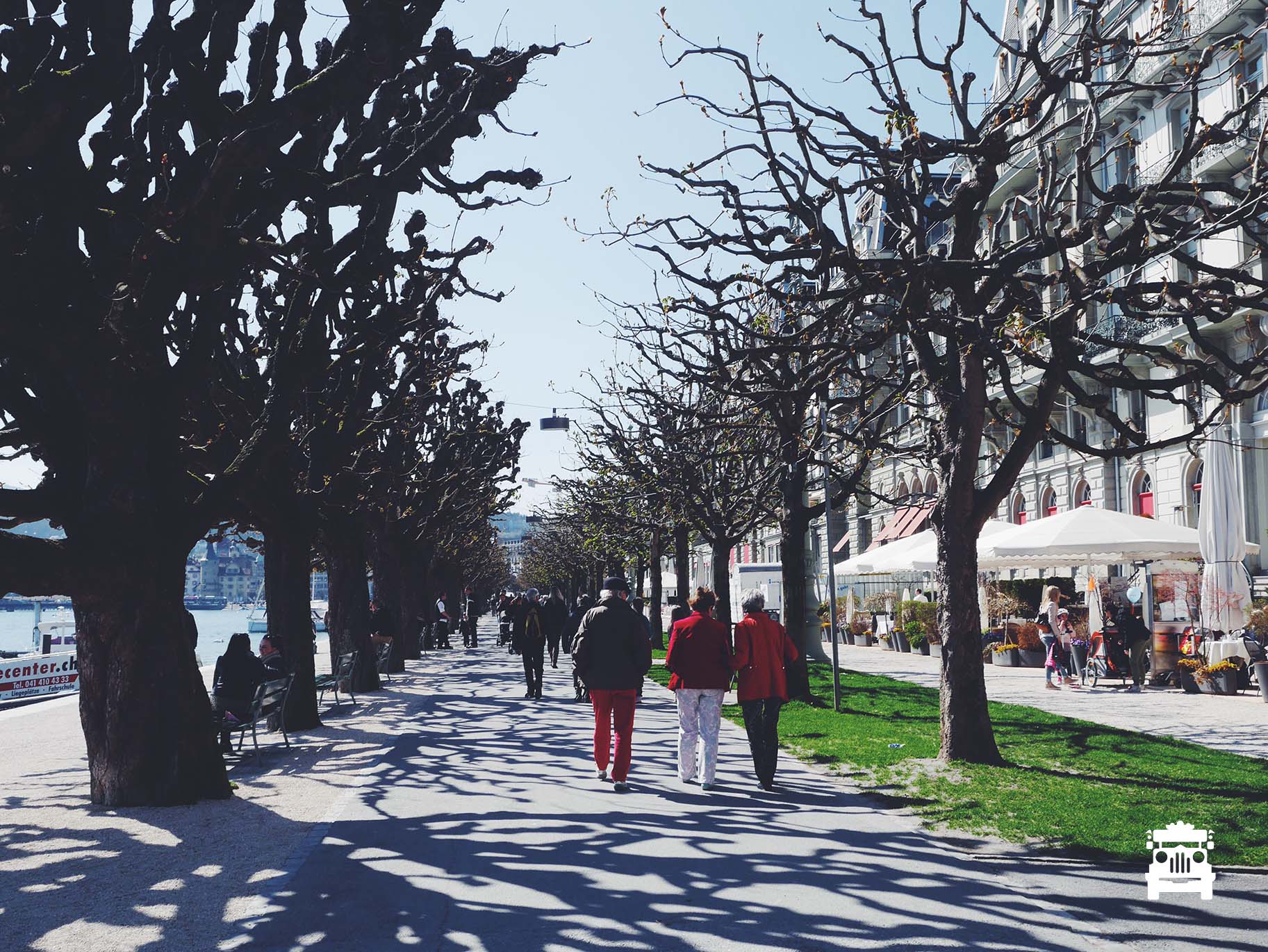 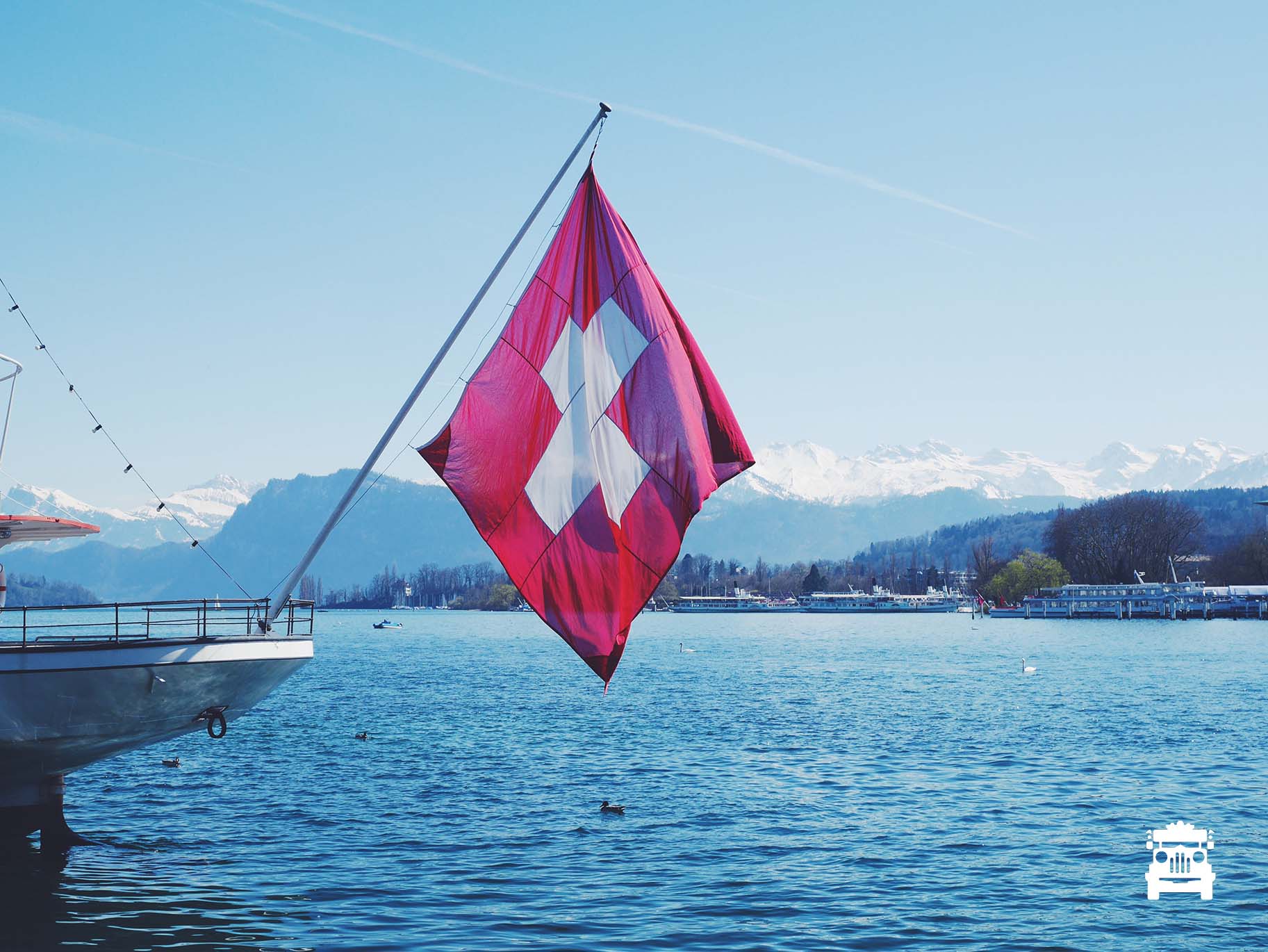 The time came for us to go to our hotel. The room was really small, it was quite old too but not in a charming European way. There was NO WIFI! #firstworldproblems. How was I supposed to post on Instagram? :(. We rested for about two hours, got dressed again and looked for a place to eat. We were craving Thai food since Clarisse told us there was nice Thai place near our hotel. We were probably 15mins away from the town centre and so we thought it was probably best to search for a restaurant around our hotel first. The area we were at was quiet. A lot of the shops were closed and restaurants were limited. We saw the Thai place Clarisse mentioned and we looked at the menu and we were shocked by the prices! €30 for a serving of Pad thai! That was probably around $45 AUD. As hungry as we were we kept walking around but found no restaurants and so we decided to walk to the city centre instead as there would have been more restaurants opened there. We got to the city centre, walked through alley ways hoping we would stumble across an Asian restaurant, didn’t need to be Thai food, we just had to eat. Luck was on our side as we turned into an alley and found a Thai restaurant, we looked at their menu and the prices were a lot cheaper, not that cheap but cheaper than the other place we came from. The place was quite cosy too, adorned with Thai themed ornaments and statues. We ordered pad thai and green curry. Wifey asked if we can have water and our waiter (who spoke English! #winning) said, “You have to pay for water, the water bottle there” as he pointed to their drinks fridge. We let that one pass. Well we didn’t have a choice anyway since the food was quite spicy, it was very good though. 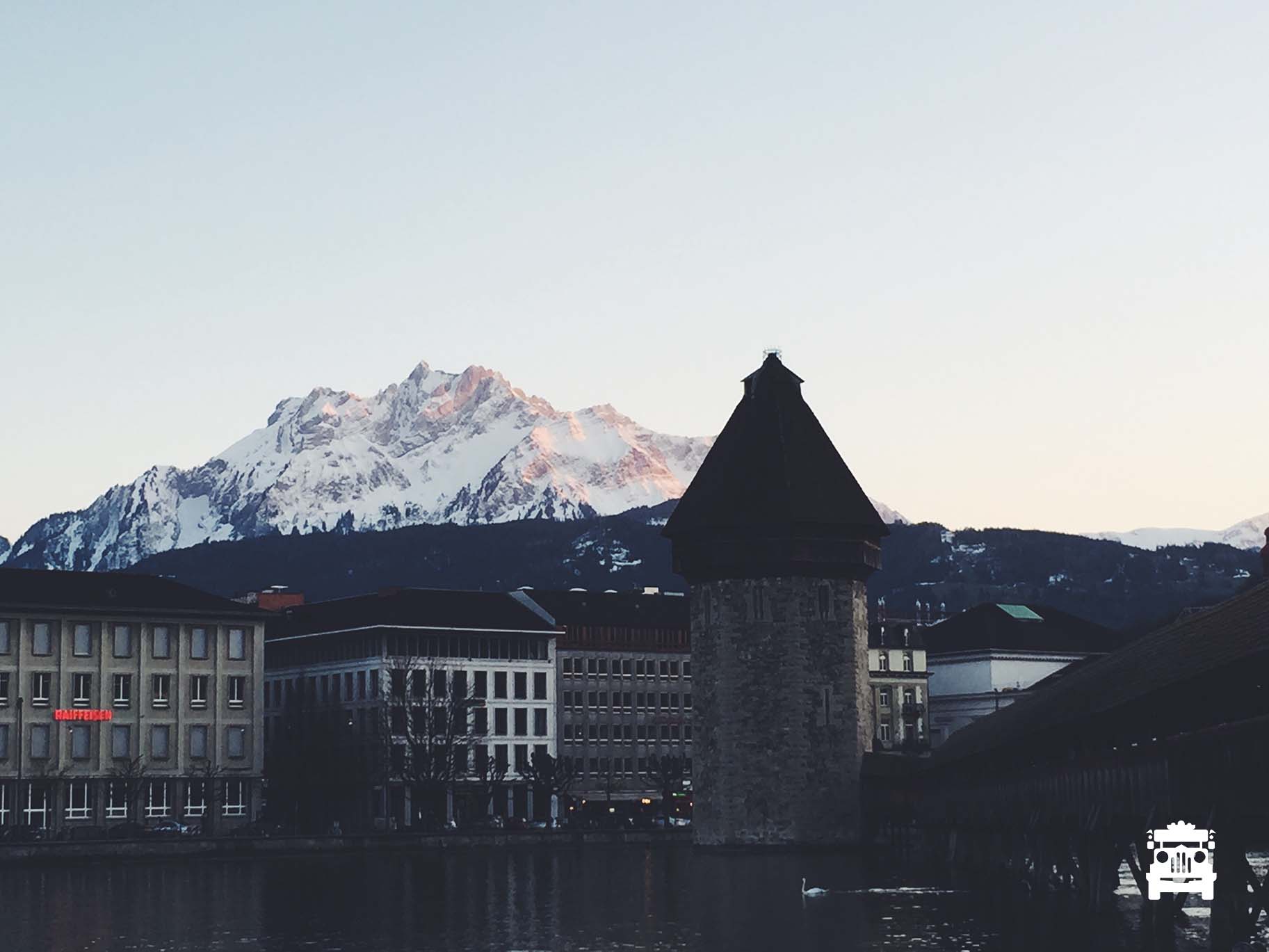 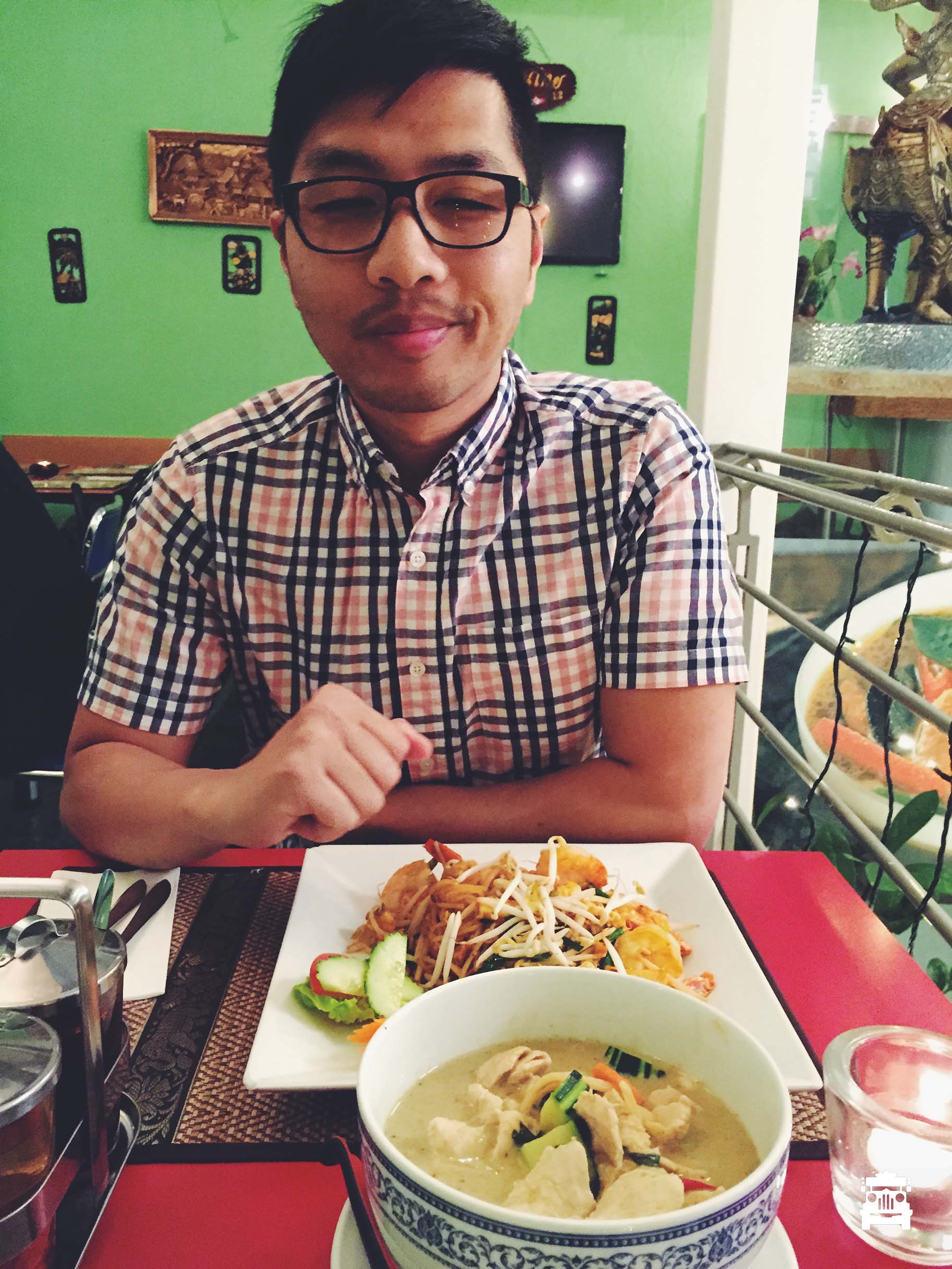 After our dinner we walked back to our hotel, stopping by an underground mall which was opened quite late and made the most of their free Wi-Fi service ;).

Don’t get me wrong, Lucerne was a wonderful place, I guess I hyped myself too much due to my brother’s description. Seeing Lake Como and Lake Lugano before coming to Lucerne probably ‘watered down’ its appeal. Expensive food didn’t really help promote the place either haha. In my head I was expecting a calm, peaceful town with bubbling brooks, fish swimming happily in the crystal clear water but in reality, it was a pretty busy place with expensive Thai food. The lake was beautiful though, I still recommend you visit Lucerne at least once in your life :).