The two-hour flight from Taipei to Hong Kong had gone like a breeze. As soon as we got out of the airport, we went straight to the bus station that would take us to the city. The A11 bus arrived right on time. For HK$40 per adult, it was a more convenient and inexpensive mode of transportation that suited us best as it would have been difficult dragging three luggages plus Bub and her stroller via subway. I had earlier mapped out the exact bus stop closest to our hotel. As we travelled over a bridge, I could see the iconic city skyline. The horizon lined with buildings with lush green mountains in the background. It had started to feel more real that we were finally in Hong Kong.

It only took 5 minutes to reach Butterfly on Victoria Boutique Hotel from the bus stop. The heat was quite intense as the sun was at its highest point. It was a relief entering the air-conditioned hotel lobby. Wifey headed straight to reception to check us in. The lobby was small, modern styled. Beside the counter stood a tree filled with colourful butterflies and jewels hanging down from its branches. A mirrored wall led us toward the “mini” elevator that just fit all three of us plus our belongings.

“It’s cute”, I commented as we entered our room. The space was small but was definitely bigger than our hotel room in Osaka. Butterfly pegs were pinned onto the pillows which caught Bub’s attention, jumping on the bed immediately to play with them. The shower and toilet looked very clean to Wifey’s delight. I drew the curtains opened revealing the view of apartment buildings across the road. Right beside the TV I spotted the mobile phone that apparently came with room. We were told that the Freedy Phone was free to use during our stay. It had information regarding the best places to visit including restaurants, shopping districts and even landmarks for sightseeing.

As tired as we were from the flight and the commute, Bub needed to have something for lunch. Based on the list of restaurants that a friend of mine had suggested we try in Hong Kong, there was one particular restaurant that was only a few minutes walk from our hotel. Sister Wah, famous for its beef brisket dish was to be our first restaurant to try. We had passed by the restaurant earlier while walking from the bus stop so I already knew how to get there, and so I thought.

“This is the place, let’s go inside”, I confidently said. The restaurant was quite busy. “Three?”, I said while putting up three fingers. We were led to a tiny green table, given an English menu and without delay ordered the beef brisket with rice and dumpling noodle soup to share. Serving was immediate and without delay, food was placed on our table. The beef brisket was tender and the flavour was more subtle than I had anticipated. It was perfect for Bub, not too salty. She also had a few spoonfuls of the noodle soup. It was a decent meal though I was not blown away by it, three stars.

While I took footage of the restaurant facade, I looked to the left and saw “Sister Wah” plastered on a window next door to the place we had just came from. That was the exact moment when the penny dropped. It wasn’t the same restaurant! We had entered Tai Lee instead. “It’s ok..” , Wifey assured me. We had four more days to try it.

Feeling a little deflated after lunch, we needed some sugary pick-me-up to lift our spirits higher. We stumbled upon Ching Ching Desserts on our way back to our hotel. Wifey ordered sago with mango while I had the one with the icy milk. The ice was shaved so thinly that it melted instantly as soon as it hit my tongue. Bub enjoyed it as much I did, three and a half stars.

Energised from our afternoon nap, we were off to Causeway Bay for dinner. It was only a 15-minute walk from our hotel and we had decided to go via the scenic route, through Victoria Park. Named after Queen Victoria of England, the park boasted plenty of sporting facilities such as swimming pools, basketball courts and other sporting venues. We took a short break at the children’s playground where Bub had a go at the swing and the slide. To my surprise, there were plenty of our fellow Filipinos, all women and I was assuming all were nannies of these children busy playing with each other. I’ve heard about the huge number of Filipino domestic workers in Hong Kong before, I just didn’t know the magnitude of it in reality. 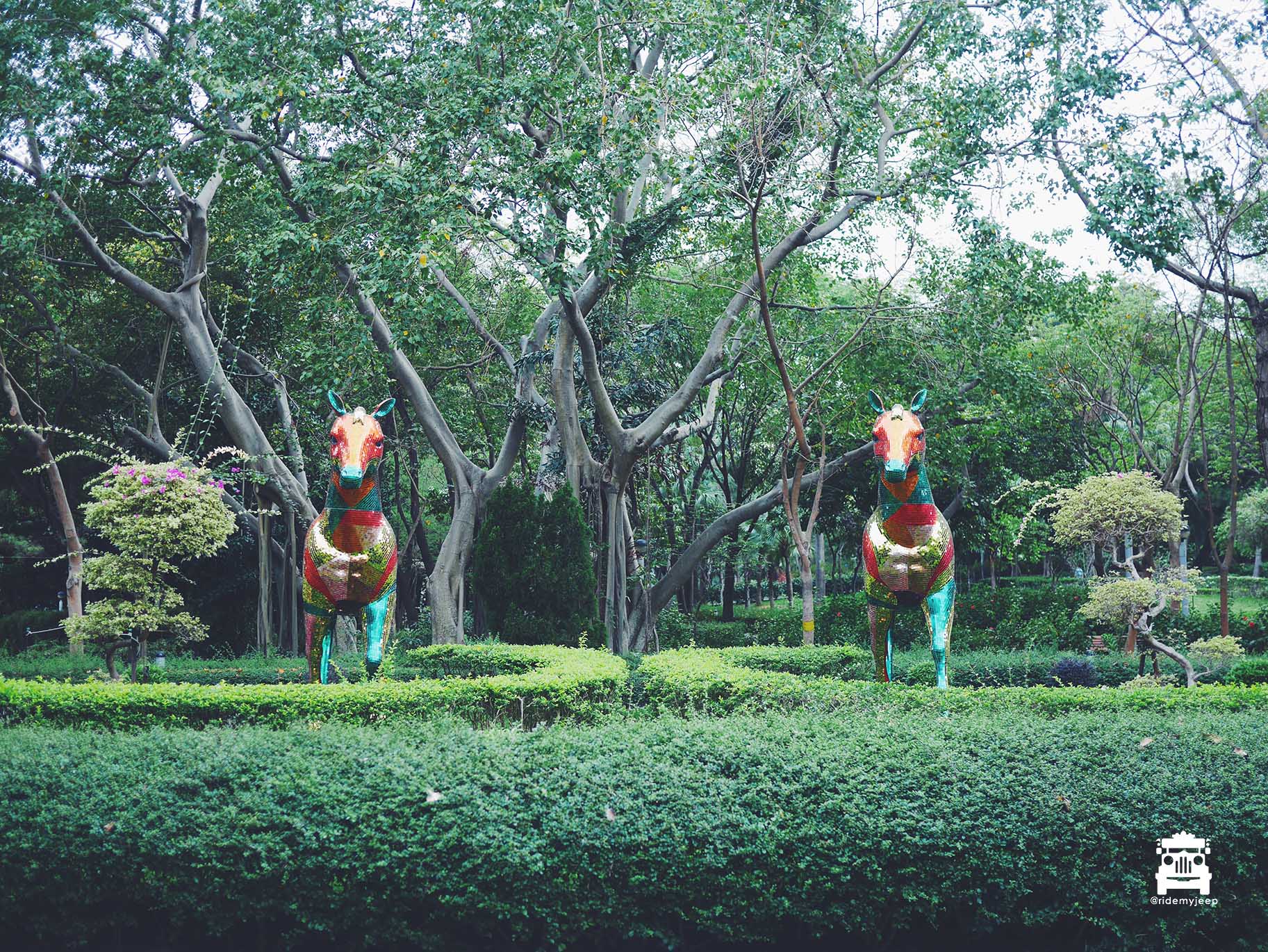 “The crowds in Osaka and Taipei are nothing compared to Hong Kong”, I thought to myself as we reached the the epicentre of Causeway Bay. The streets were filled to the brim of people, walking from all directions. Bright lights from billboards, signs and even from the traffic added some colour to the vivid visual atmosphere of the city. It was hard not to get swept away by the sea of people, at one point allowing ourselves to be carried along which led us to a street where we had found the place to have dinner that night. 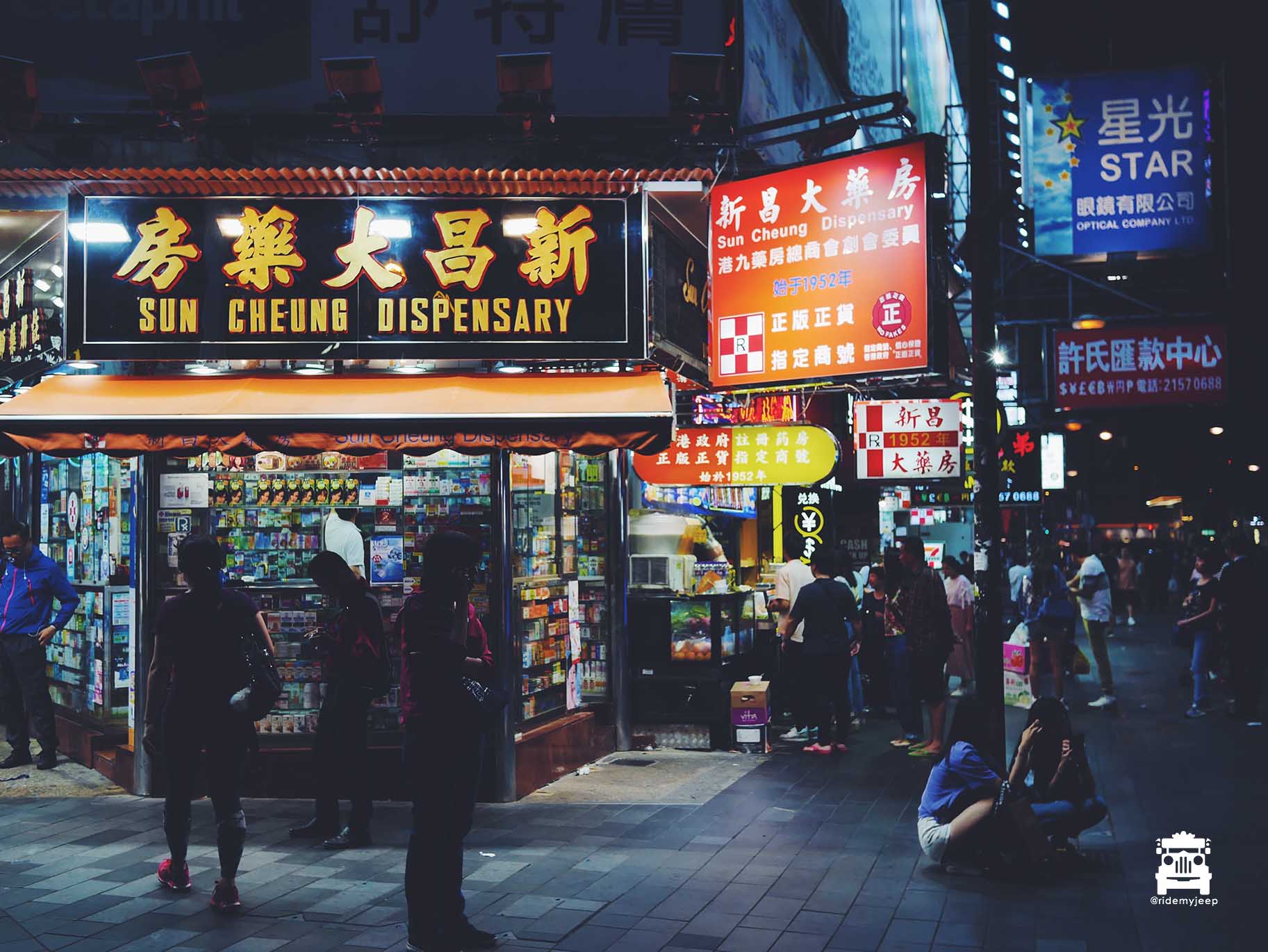 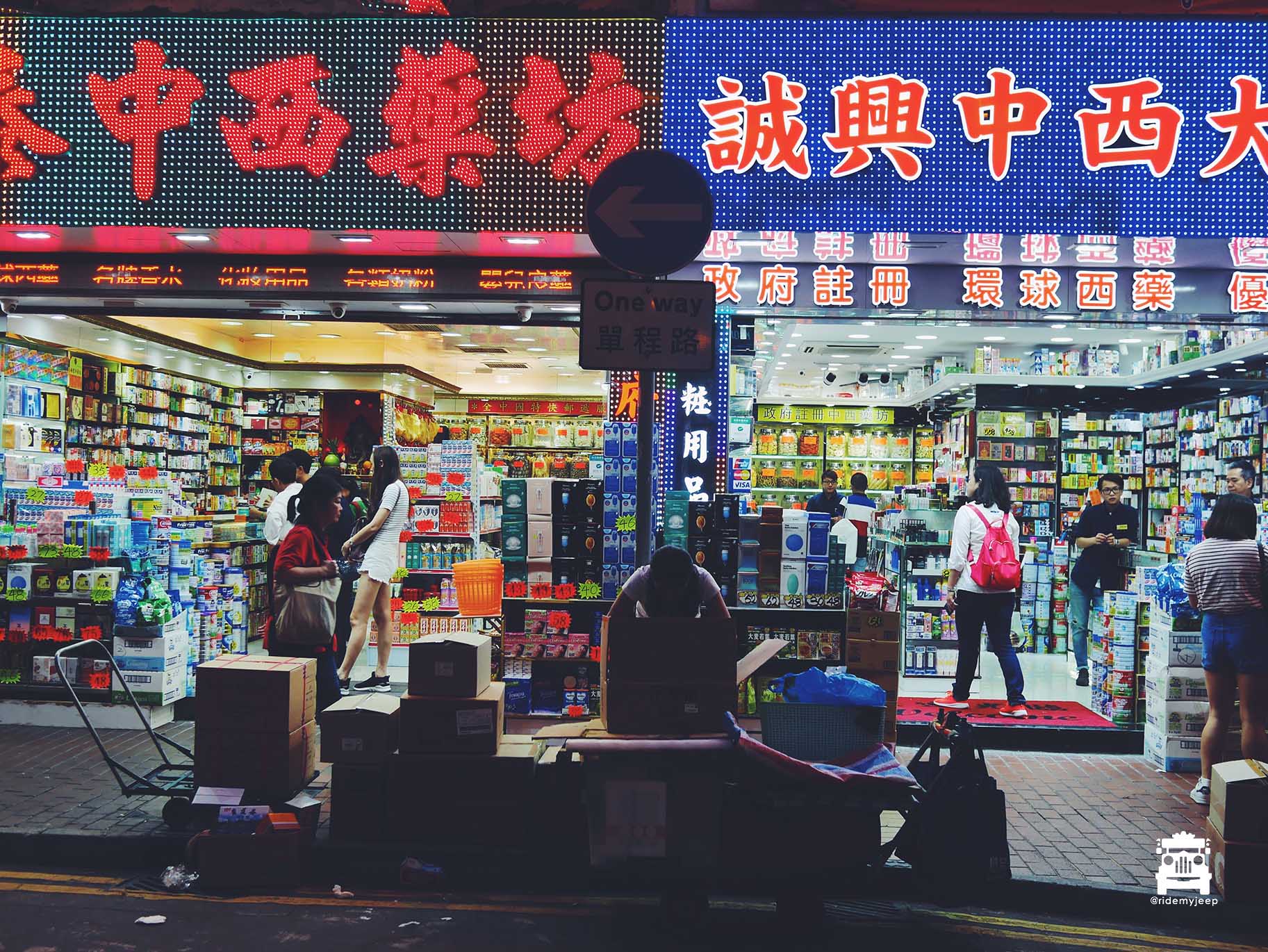 We ended up choosing a Taiwanese restaurant, Tainan Mr. Bean as I wanted to try their braised pork dish. The perfectly stewed pieces of pork poured over a bed of jasmine rice, topped by a half of a boiled egg that looked like it had also been braised in the same pot as the pork due to its white part tainted by the same coloured sauce. It surprisingly had a mild salty flavour. We also ordered a crispy chicken dish, salt and pepper squid plus a serving of boba milk tea. Our hunger was definitely satisfied. Three and a half stars.

“We’re in New York!”, I joked as I looked up and saw the sign across one side of a building that said “Times Square”. One of the major shopping centres in Causeway Bay, the area was packed with people. Many of them were carrying shopping bags of all sorts. I was more interested in the giant Pikachu statue that was closed off by a fence (part of a Pokemon event that had happened earlier). I showed Bub the famous yellow Pokemon and her eyes lit up shouting “Pichu!”. We entered the building to window shop, Wifey and myself were not tempted to purchase anything at all (well not this time anyway) and so we left empty handed.

If only were weren’t so tired from the flight, we probably would have stayed out a while longer. Even Bub had more energy than us, especially after seeing a Hello Kitty display (one of her favourite characters) on our way back to our hotel. We had only seen a fraction of Hong Kong and so we were excited to see what else it had to offer. Bring on day two!