Need a way to get out of the hot and humid, sweat-drenching climate of Manila? Buy an air conditioner or if you have a few days to spare, go to Baguio! The summer capital of the Philippines. It was dubbed that name purely because Baguio City is one of the coldest places in the Philippines with temperatures averaging around a pleasant 21 degrees, and people flock there in huge numbers to escape the summer heat.

Since we arrived smack bang in the middle of summer in Manila where temperatures soared in the 30s and humidity in its highest levels, it was a comforting thought knowing that soon enough we wouldn’t need to shower every hour to stay cool (#exaggeration).

We left Quezon City at around 7am. Myself, wifey and bub (her first major road trip) plus my sister-in-law and bro-in-law and two nephews in one car and in the other car my mother-in-law, my other brother-in-law plus their pet dog. It was a 5 hour long trip through changing landscapes which started from the busy city streets, then passed little towns situated among the farming fields and lastly climbed the mountain ranges where Baguio was established. The long drive felt like you were on a real Grand Theft Auto game. The road filled with obstacles from counter flowing vehicles speeding toward us then swerving just in the nick of time to crossing dogs coming out of nowhere, oblivious to the traffic around it. We wove through slow moving tricycles, randomly parked cars and crops drying on the road side. I gave my brother-in-law a 10 out of 10 for his driving skills.

Last time I was in Baguio was back in 2002 and as we got closer to our destination, my head filled with flashbacks of places we visited there. I could remember the mountains green with pine trees, the line of strawberry fields dotted with fruit and the busy market souvenir stalls that sold various wooden crafts and beanies, a lot of beanies! Those memories disappeared like smoke as the car stopped in the middle of a traffic jam. I could see from the distance the mountain side filled with houses and hotels. The place looked different to what I had imagined it to be from the previous time I was there.

A couple of months before our holiday in the Philippines we had already organised our accommodation in Baguio. It was quite difficult during that time to find a decent place for 10 people during peak season but we managed to book a place through Airbnb. Situated in Aurora Hill which was relatively close to the city centre, the house stood on a hill alongside other residences. We were greeted by the owner at the gate, parked our cars inside and was led to our booked accommodation.

The house was double story. First floor was for guests while the second was the owner’s residence. The first thing we noticed was the view. Since the house was situated quite high up the hill you could see a lot… of roofs. To be fair as urbanised the area was, the air felt crisp, it was cool. Bub was happy, she was used to this kind of weather. The door was located at the back of the house. There was an opened veranda that took advantage of the view. Below it was a courtyard, a fire pit in the centre. On the walls hanged flowering pot plants and a little nipa hut stood in a corner. 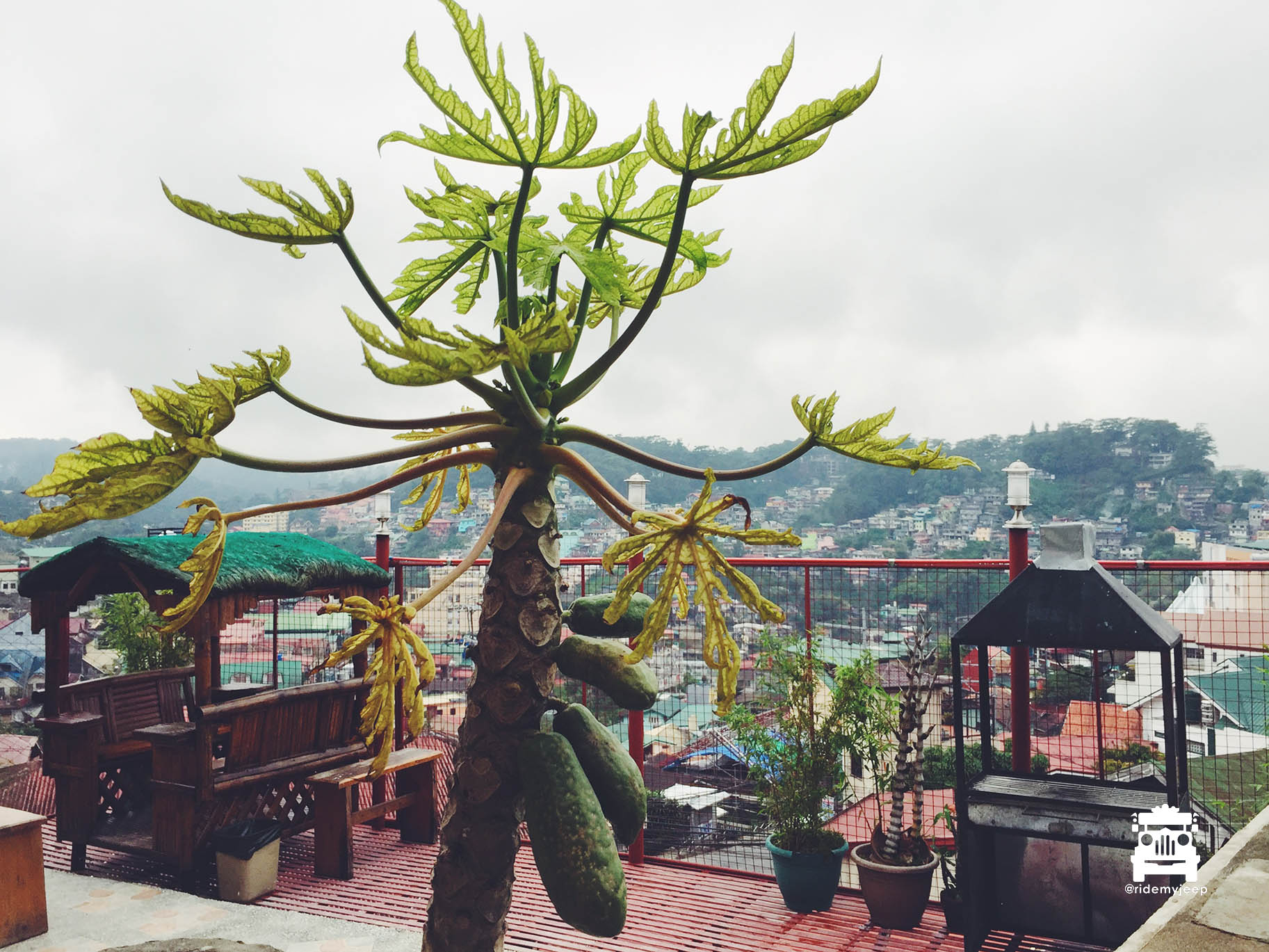 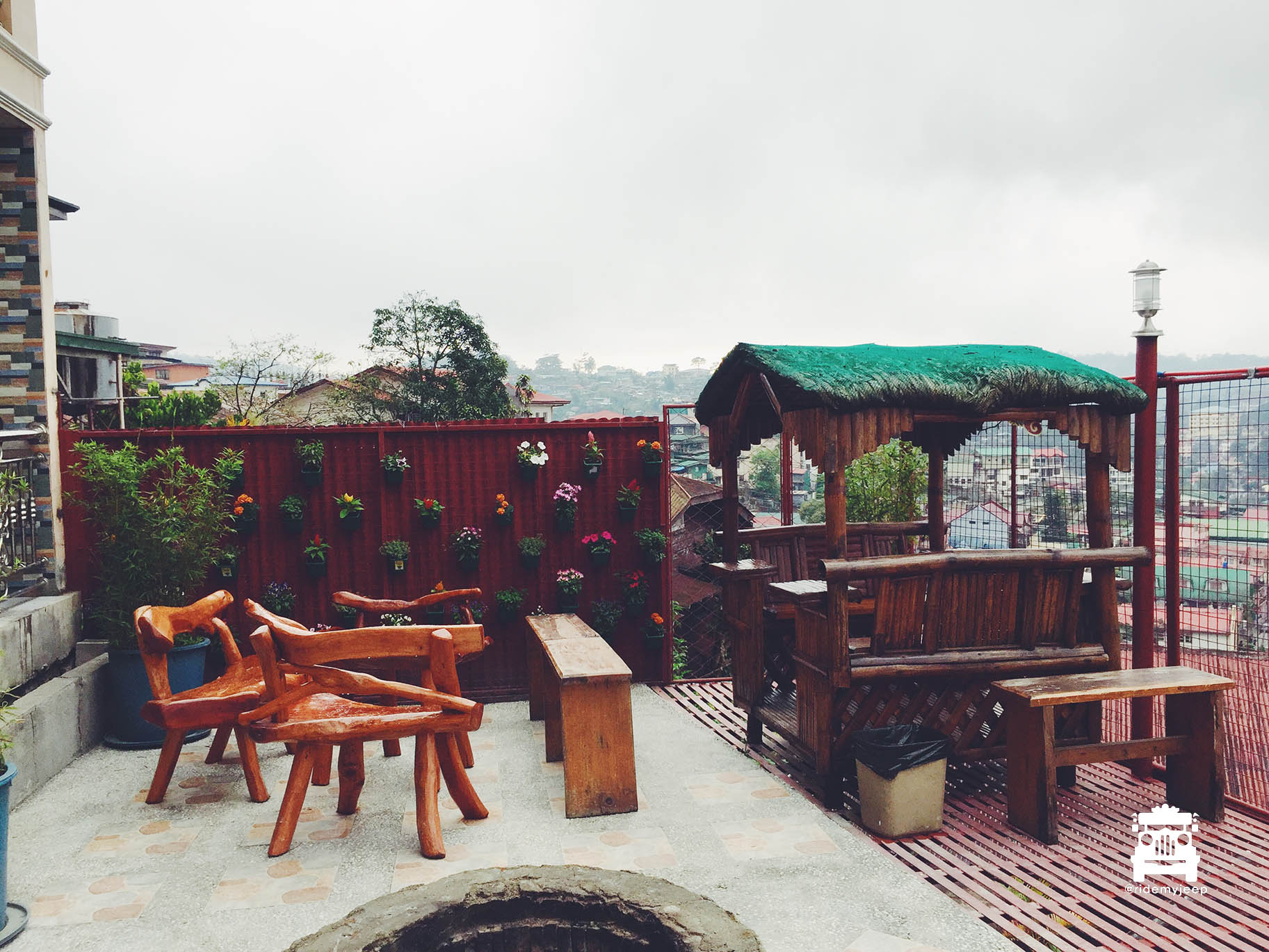 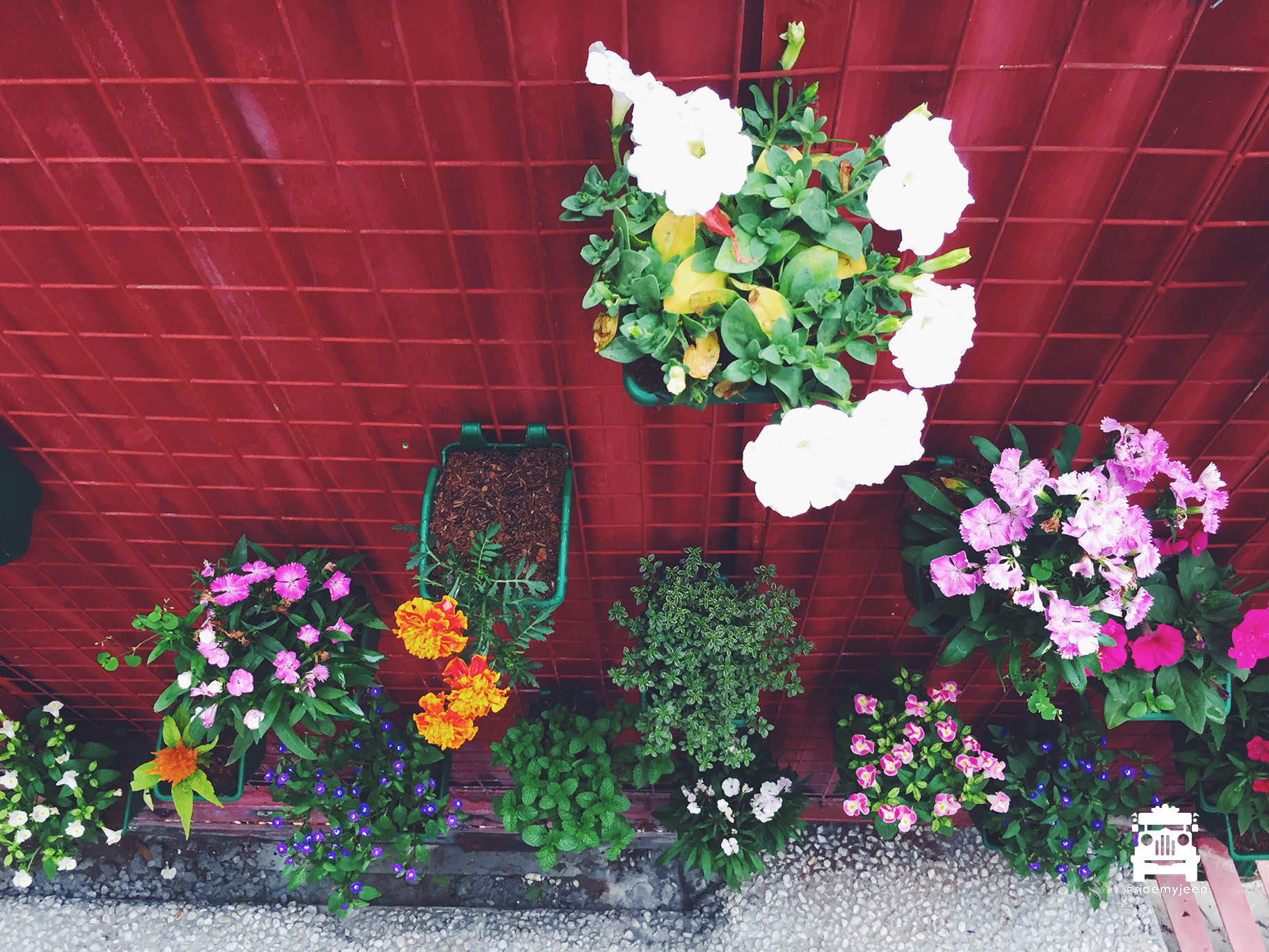 Inside, the kitchen was big. The lounge room was decent. The furniture were quite old – not kitsch. I could say the same with the bedrooms. It definitely hit that cliche of things looking better in pictures. It didn’t really matter as much as we there for family time. It had been years since wifey had spent some time with her family and we were going to enjoy our mini getaway. City Tour

Named after American urban planner Daniel Hudson Burnham who laid the plans for the city of Baguio (thanks WIKI), Burnham Park was our first destination. Situated in the heart of the city, the park boasts of mini gardens surrounding a lake in the middle where colourful boats in shapes of swans, dragons and sea horses casually floated full of tourists and locals alike. I vaguely remembered my experience the last time I was there but it wasn’t enough of an excuse for me to have a go again this time around. Wifey was not interested either. We strolled along the pathway around it carefully crossing the busy bike/buggy lane. It was a little hard at times to absorb the beauty of the vegetation and the surrounding with all the chaos and people around us. Bub was having a blast though, being out of her pram and strapped in a baby carrier I was wearing. She had the best seat in the house. 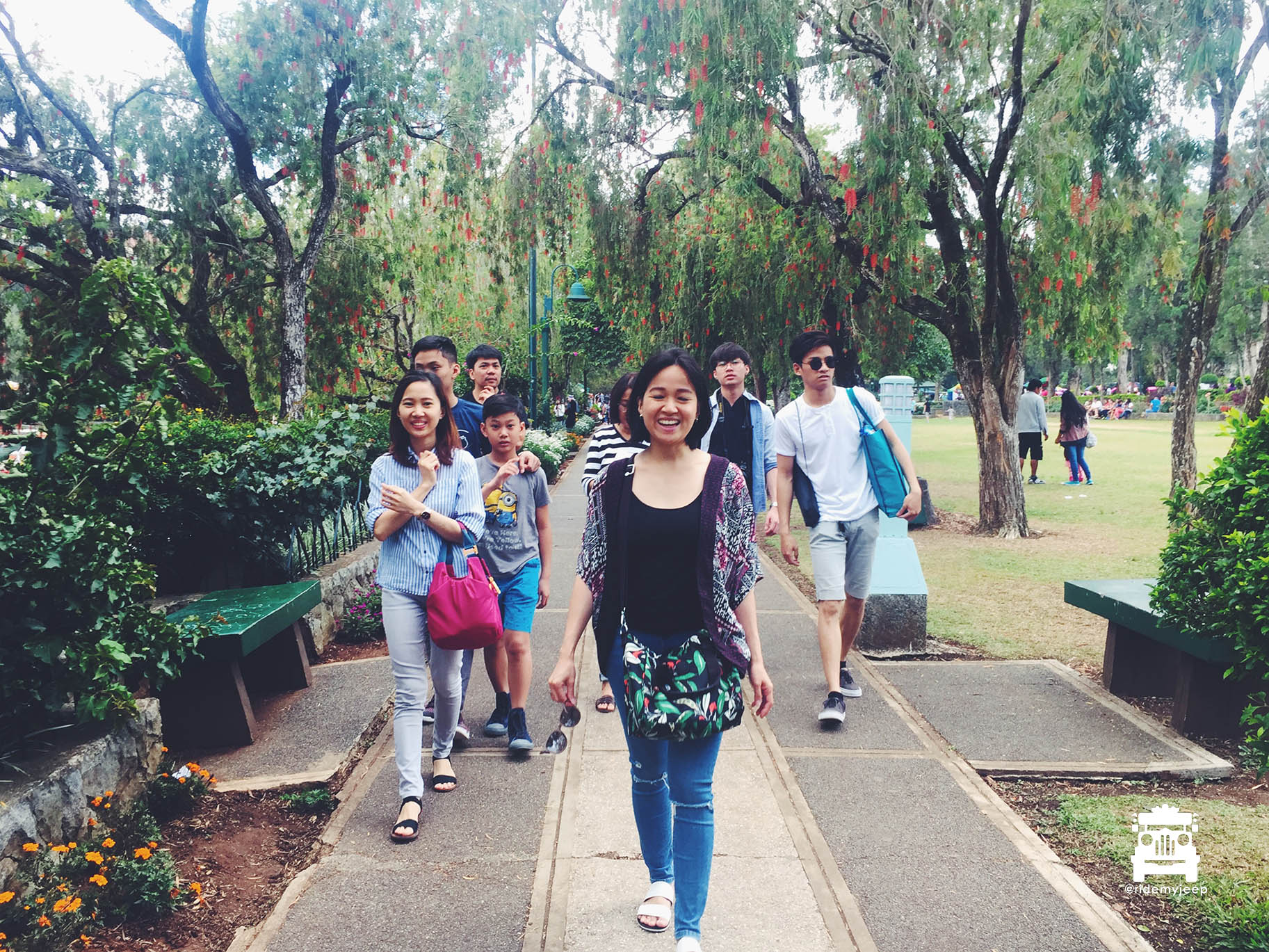 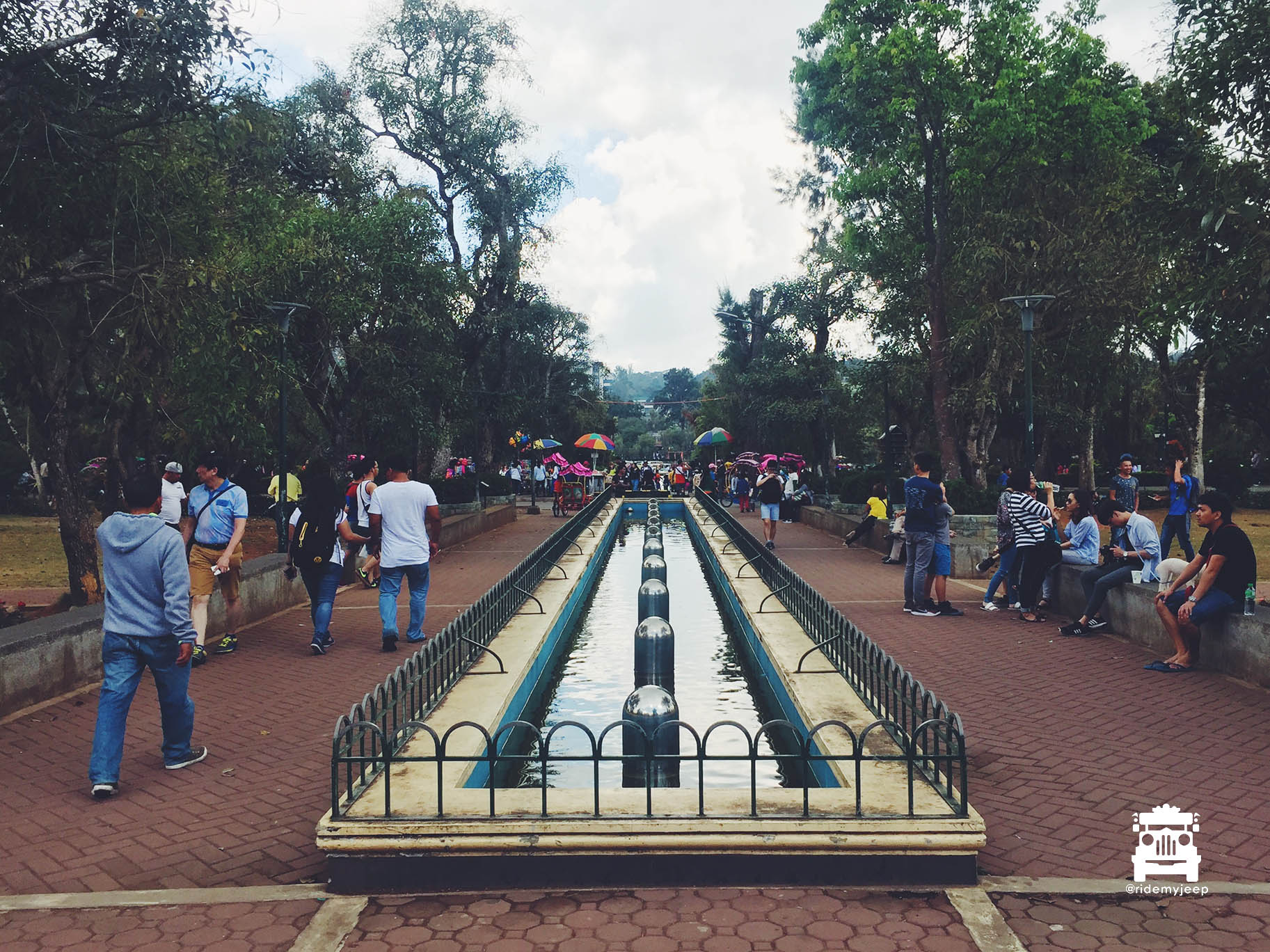 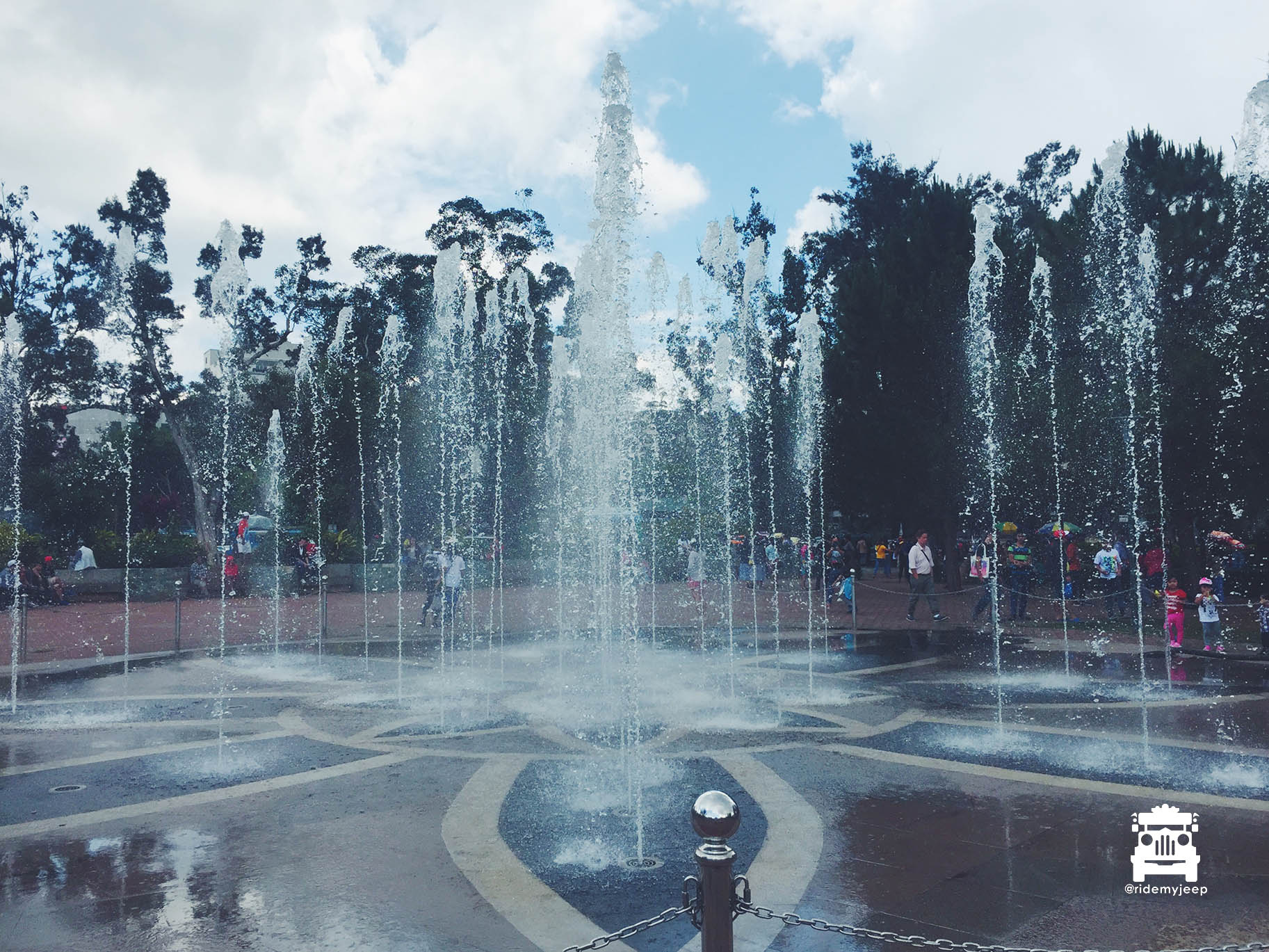 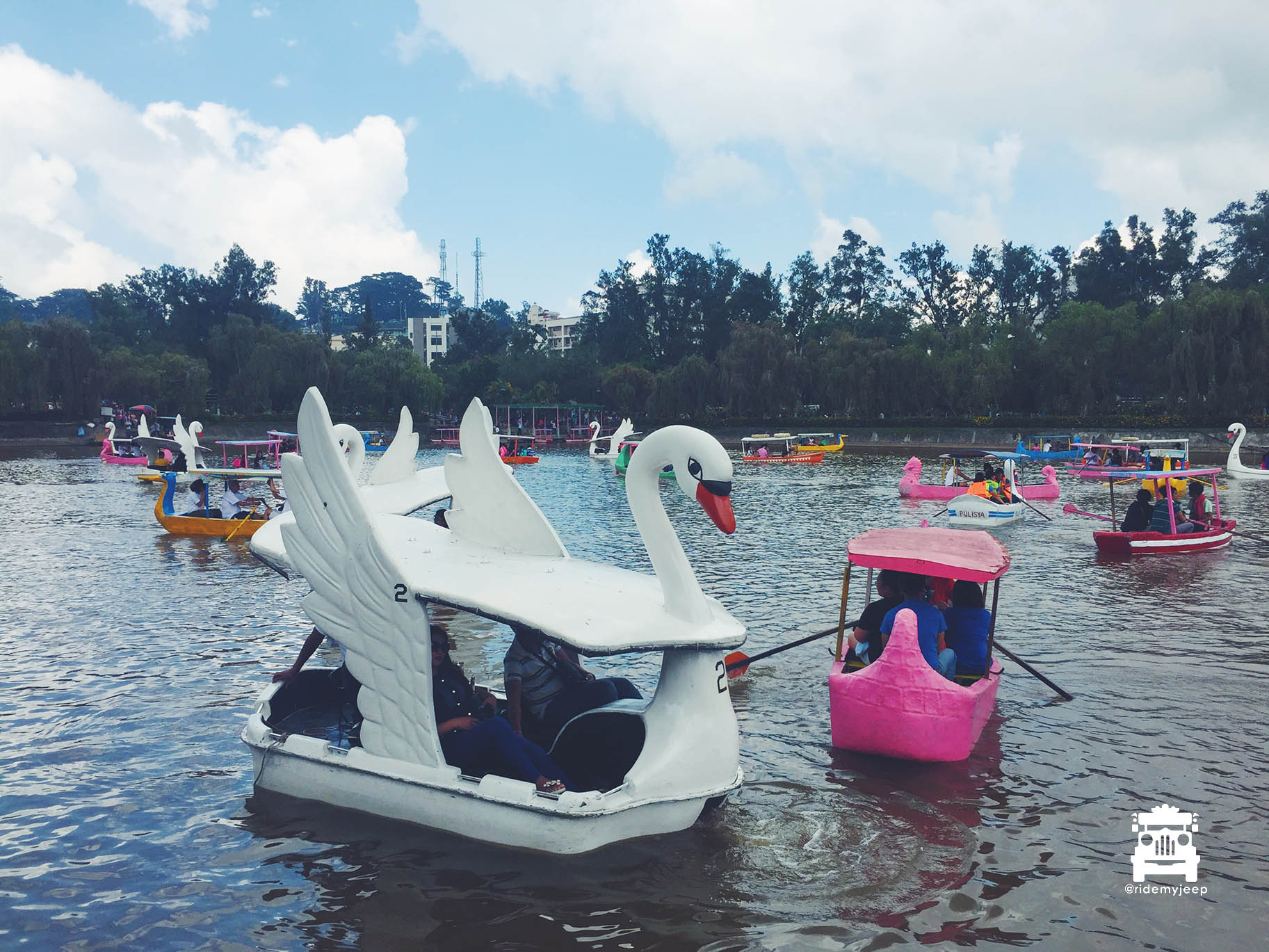 For lunch we headed SM Baguio, the biggest mall in the city. Most of the restaurants were on the top floor taking full advantage of the view of the mountains. We chose to eat at David’s Tea House, a Hong Kong style dimsum and noodle restaurant. Wifey ordered an array of dimsum, noodles, some fried dishes and stir fried vegetables. It was a decent meal for 10.

Next stop was Starbucks for some dessert as wifey’s brother Louie worked for Starbucks at another branch and he had a discount card (#connections). The matcha frappe was refreshing. Baguio Public Market

Day 2 began at the Baguio Public Market to check out some souvenirs plus some fresh fruit and veggies that only grew in Baguio due to the cool climate. Upon entering we were greeted by fruit and vegetables vendors spruiking their fresh produce. Broccoli and cauliflower stalk towers were piled up to the ceiling. Red strawberry mounds were everywhere. A wall of various sweets and snacks caught our attention specifically the purple yam jam which was a specialty in the region. The jam was made by nuns of Good Sheperd Convent in Baguio and was a must buy item whenever someone visited Baguio. You would expect it to taste ‘divine’ (#pun) and it did. It had no preservatives and had to be eaten within days of opening. We bought 5 jars to give away. 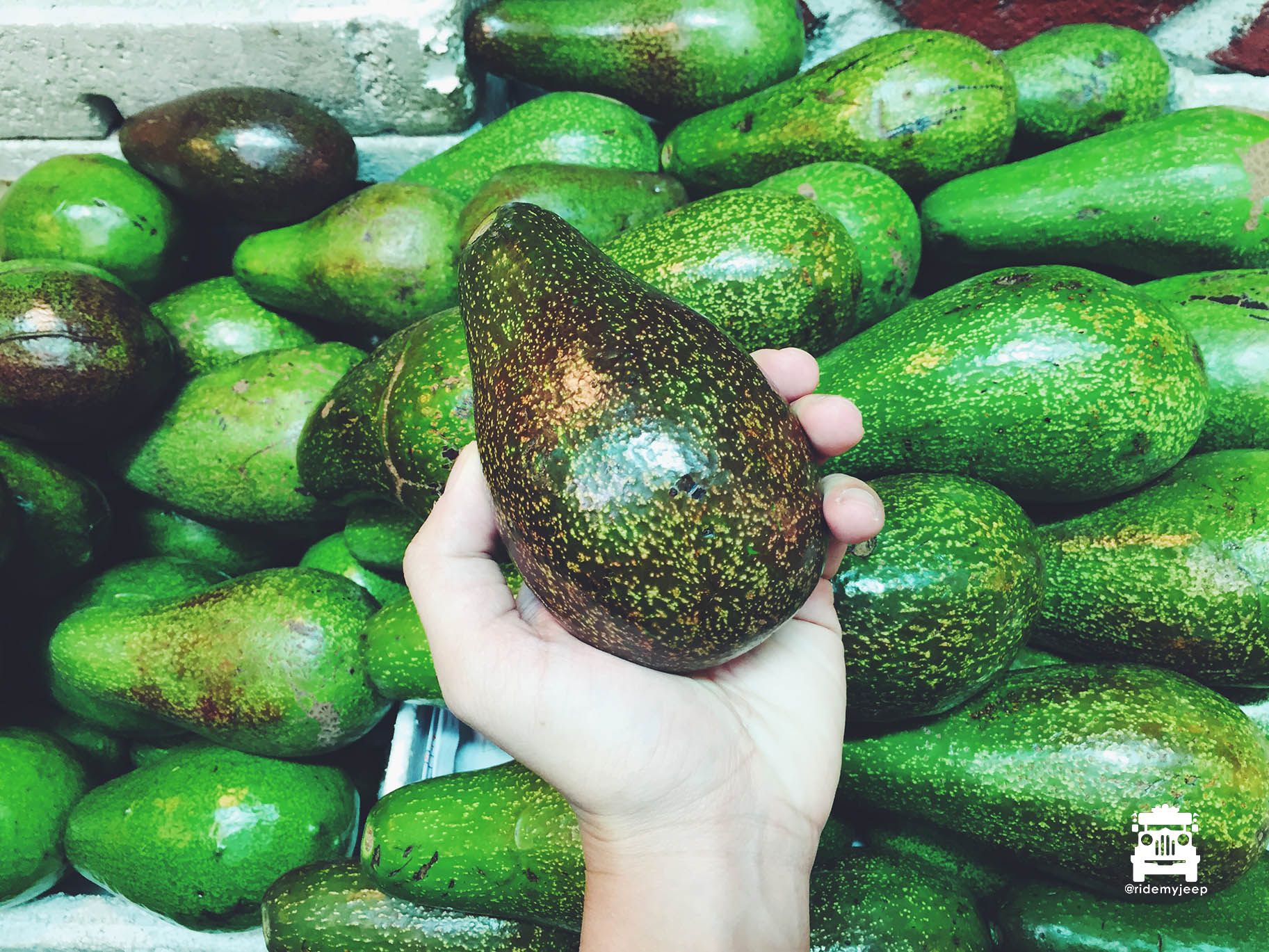 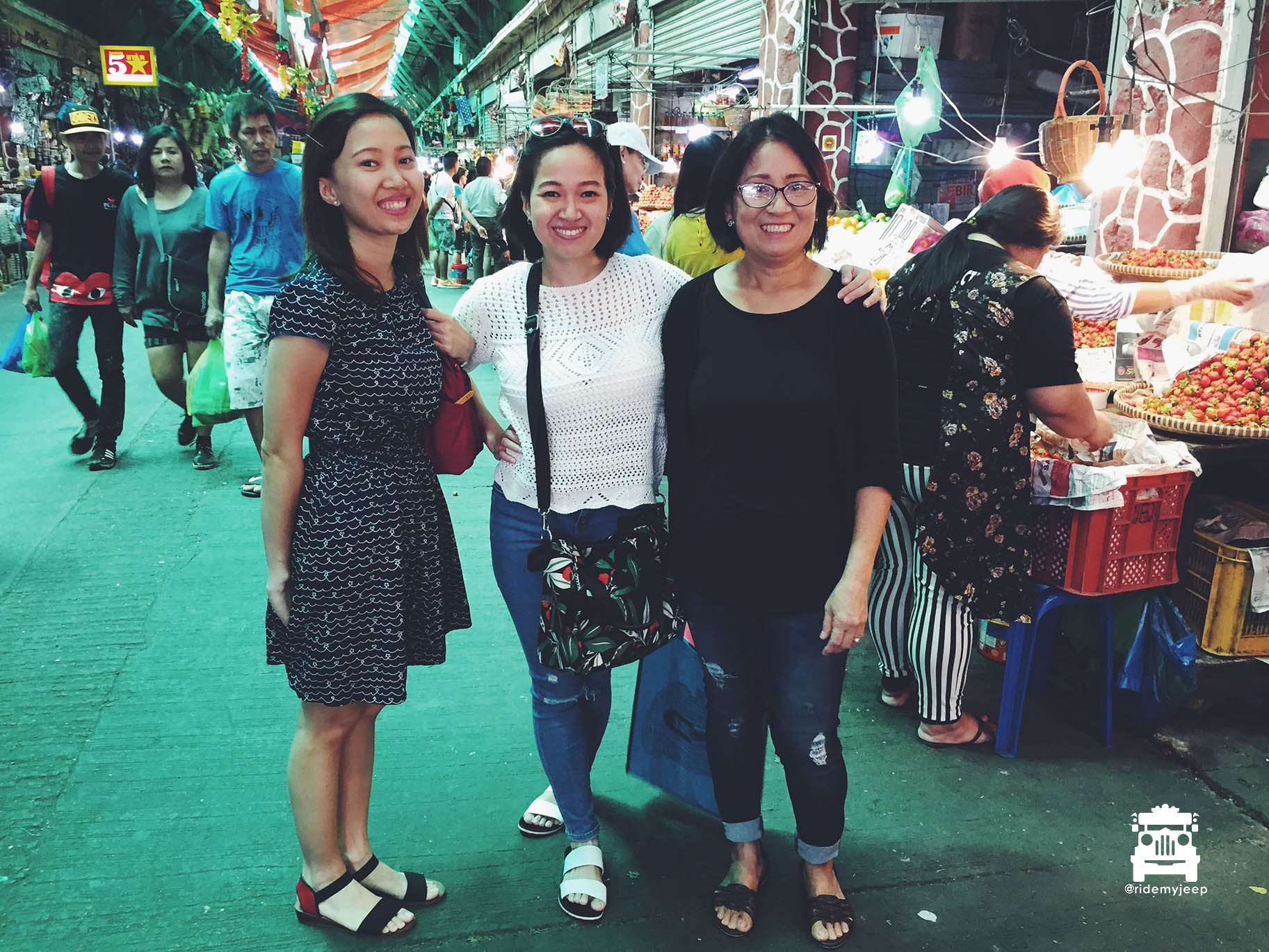 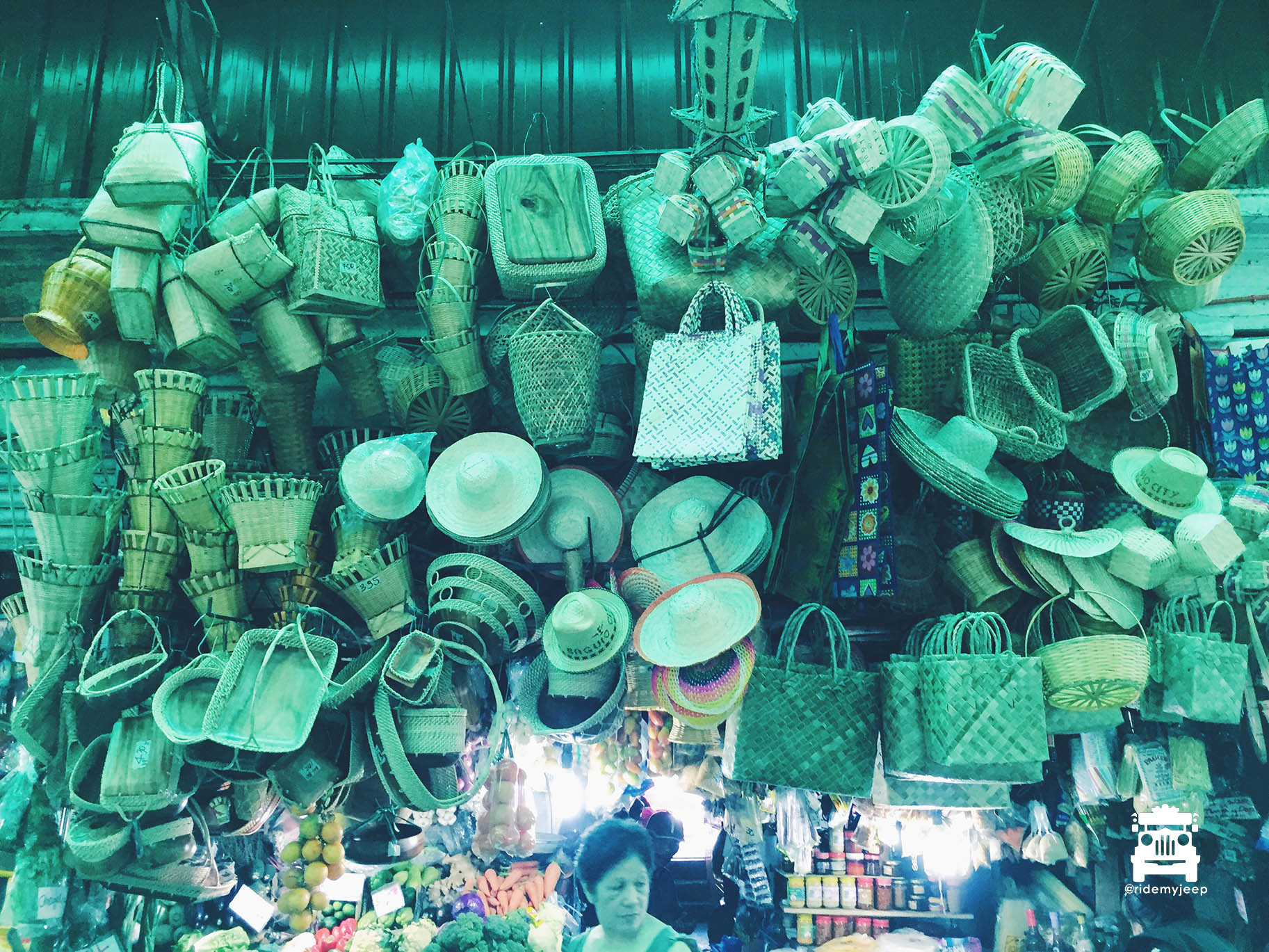 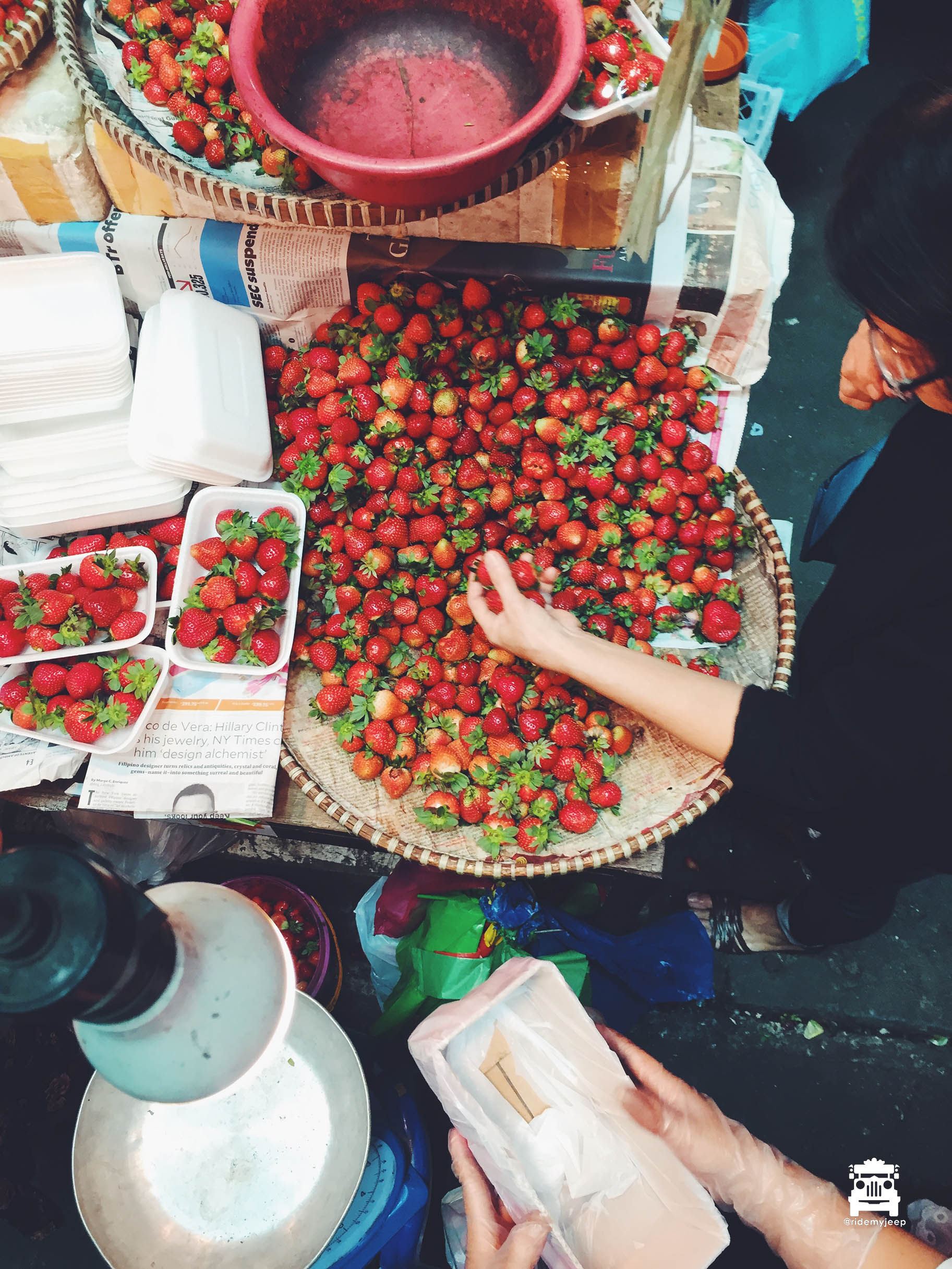 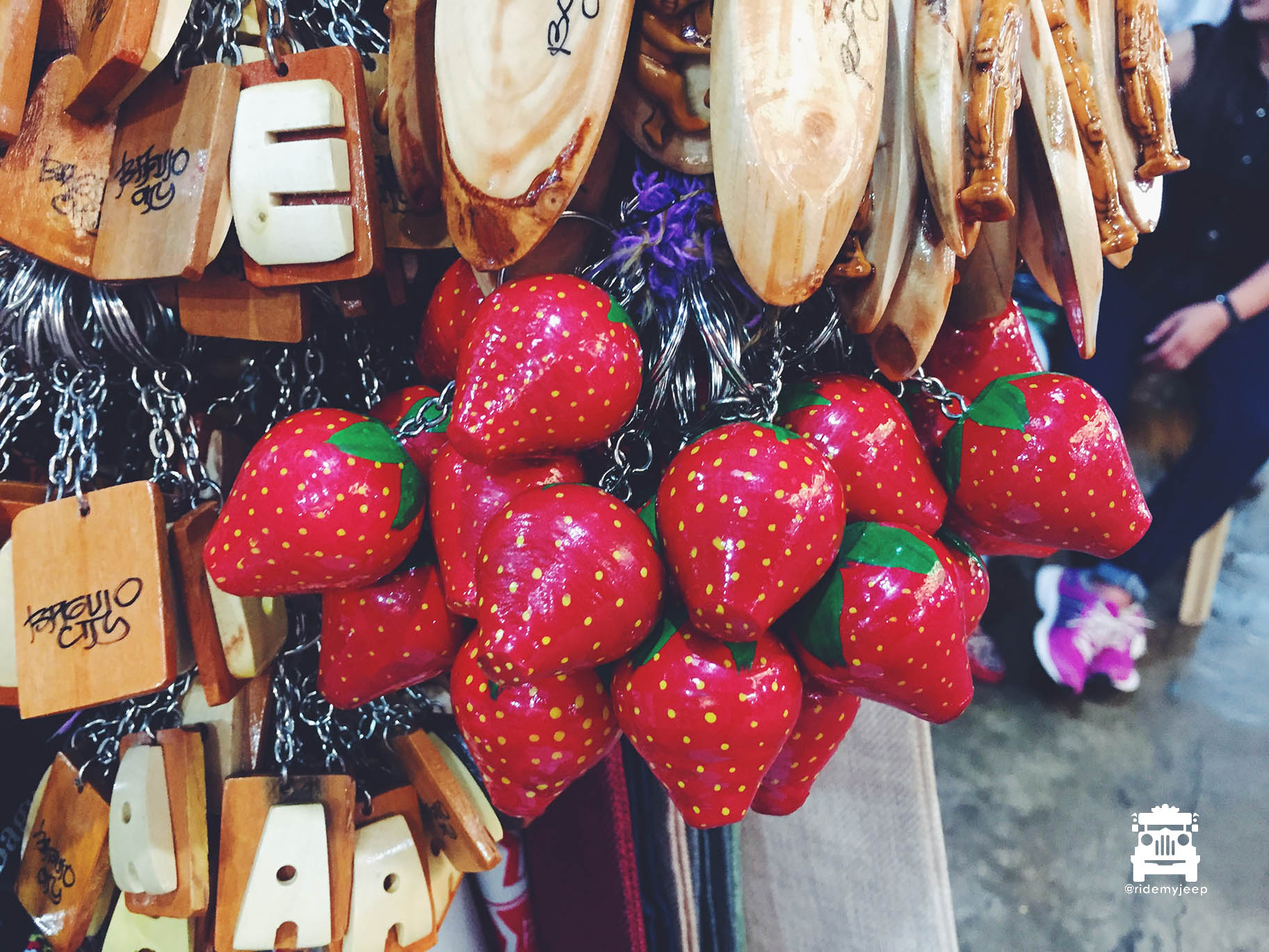 The expected greenery I wanted to see of Baguio we found at Camp John Hay – well the better side of it which was close to where The Manor (an exclusive hotel) stood. We found a patch of hill abundant with towering pine trees which was the perfect spot for photos. This was the Baguio I remembered. We could have just sat there for hours if we wanted to and enjoyed the view and the weather but we had a long drive back to Manila. 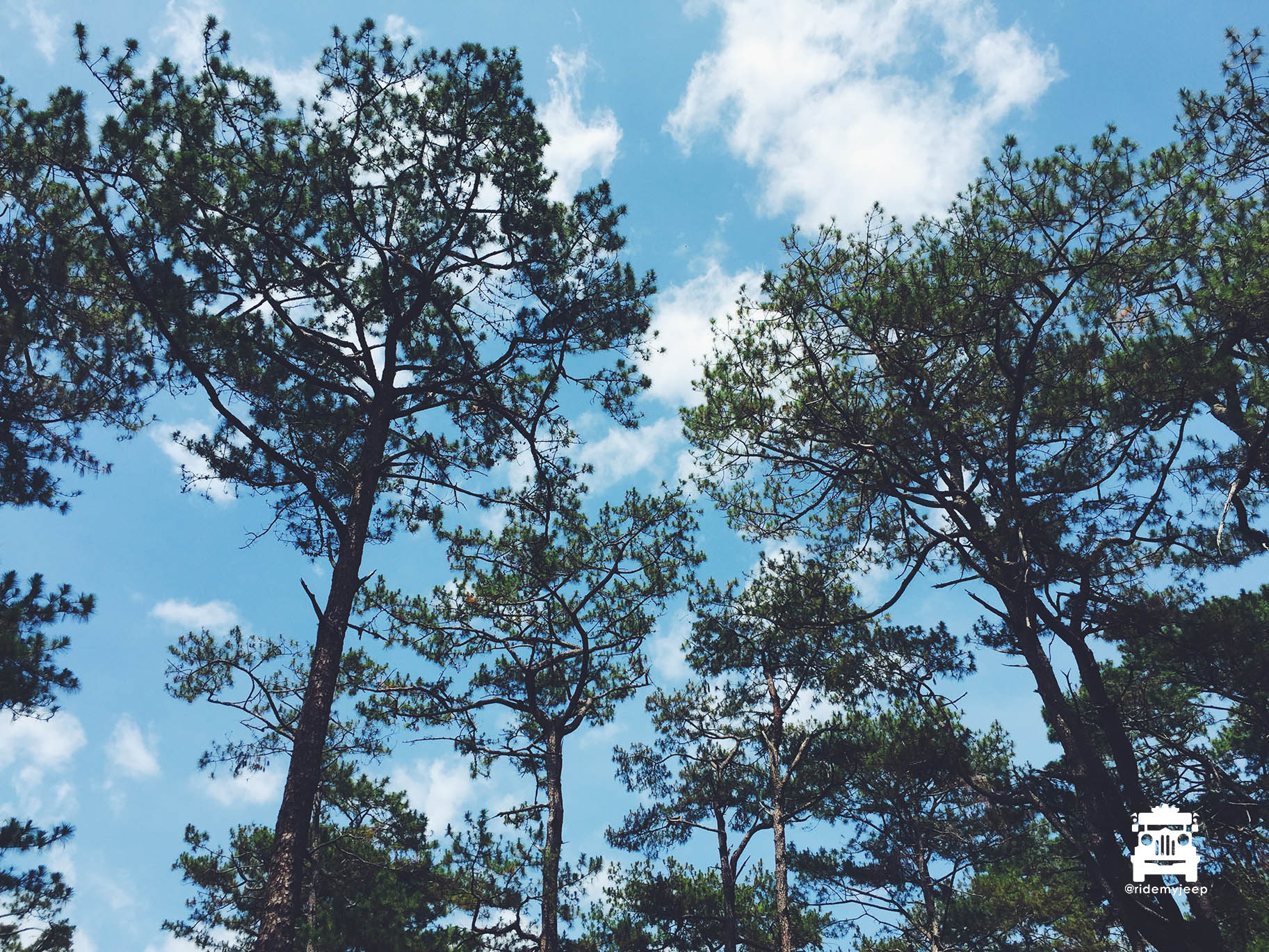 It was lunch time again and across The Manor, a clothing factory outlet was abuzz with people scoring bargains and lining up for tables at restaurants. There was no way we would have lined up as we were in a hurry and so we found a smaller restaurant called Tapa King that specialised in Filipino home-style breakfast cuisine. I had the tapa of course, fried beef cured in fish sauce and sugar with garlic fried rice, egg and atchara (pickled green papaya). It was delicious! Overall, we had a good time in Baguio. Since it was a very short trip, we didn’t get to explore the rest of the city and there were plenty more places to visit and so we probably would have seen a lot more trees and greenery further out from the city. Though from what I had seen from our trip and compared it to last time I was there, I was sure the traffic was worse this time around and Baguio was a lot busier and more populated. The trip was more about family time and it was good to see wifey enjoy moments with her mum and siblings plus bub bonding with her cousins. Cheerio,
Jeeps