We rose up early, ate breakfast and packed our bags. It was going to be quite a long drive to our next destination – Kawasan Falls. I had only seen photos on the internet about this place, gushing freshwater falling onto the cerulean blue basin below surrounded by lush vegetation. It was a calming scene, a snapshot I had kept in my head of what I was expecting to see with my own eyes once we were there. I had also read some reviews about the tourist attraction and it had mix reviews. Apparently the falls were visited by a lot of tourists, very busy during the summer season. It was summer season and so I had to quickly wipe the calming image from head and told myself not to expect too much when we see the falls.

The drive was long. The landscape changed multiple times as we passed through towns. It was an effort trying to calm a bored Bub stuck in the car with nothing much to stimulate her curious mind. A pitstop at a grocery store in between the drive was a welcoming break from monotony. 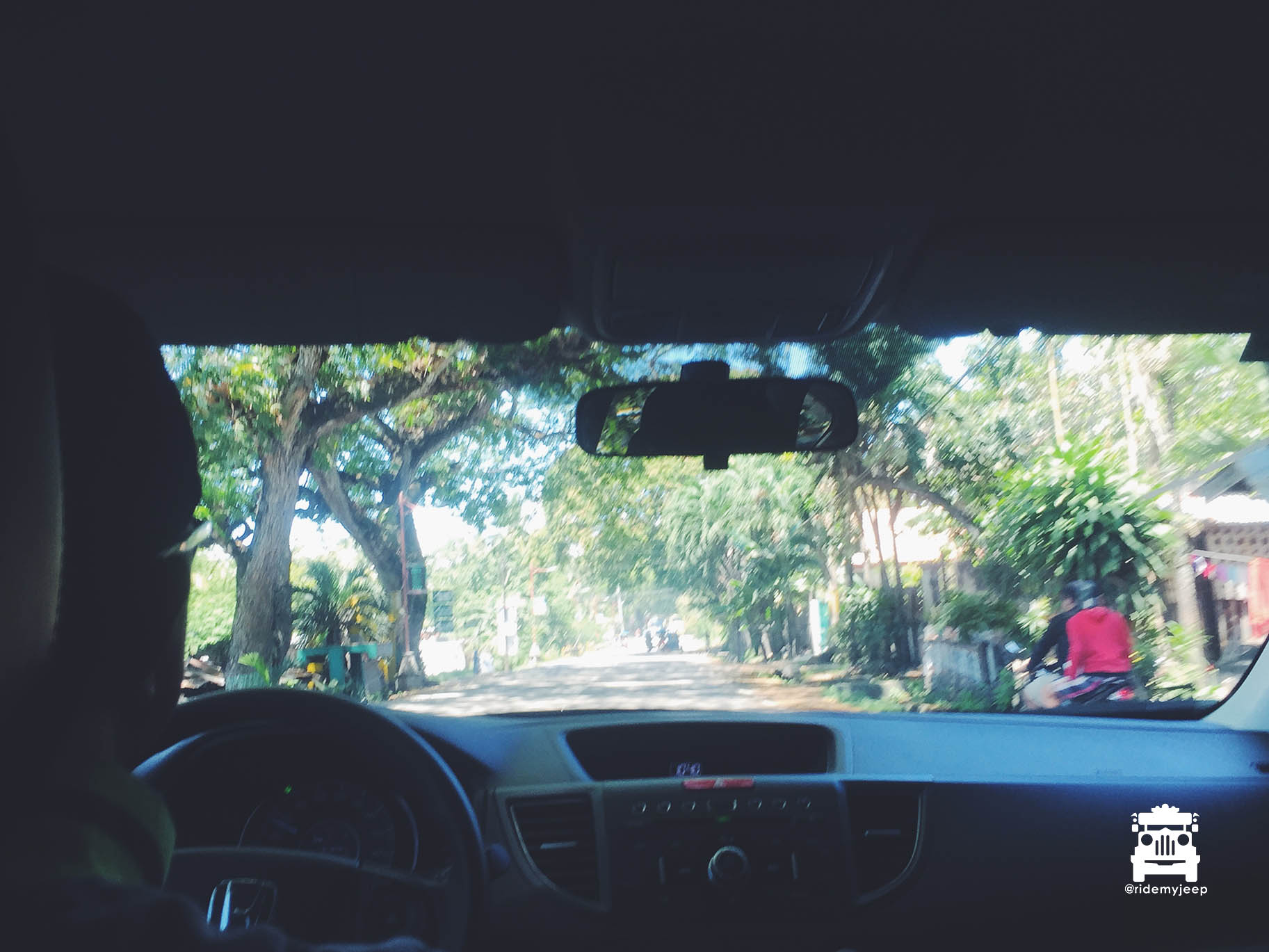 Four hours later, and we had finally arrived… sort of. Parked next to Matutinao Church, it would be another 20 minute walk via the nature trail for us to reach the falls. The sun was way up in the sky. It was lunch time. We were all hungry at this point. Luckily we brought the baby carrier instead of the pram as it would have been very difficult to navigate it through the unpaved track. I had Bub strapped on my chest facing forward, enjoying the full view of her surroundings. The bumpy track ran beside a stream which flowed from Kawasan Falls itself. Coconut and palm trees lined up the borders. The trail was shielded by other trees above us, protecting us from the intense heat from the sun. We paid the entrance fee of P20 (50c) each, Bub was free (Note: Foreign tourists pay P40). Halfway through the “hike” we stopped at a sari sari store / takeaway and asked the owner if we could use their table and plates to eat our packed lunch if we purchased some food from them and they happily obliged. My mother in law unwrapped the banana leaf parcels onto the table exposing the roasted chicken and rice she packed for our picnic. Our driver Abner bought a serving of ampalaya (stir fried bittermelon). There we were, under the cool nipa shack, enjoying our lunch while waves of tourists going to and coming from the falls passed us by. 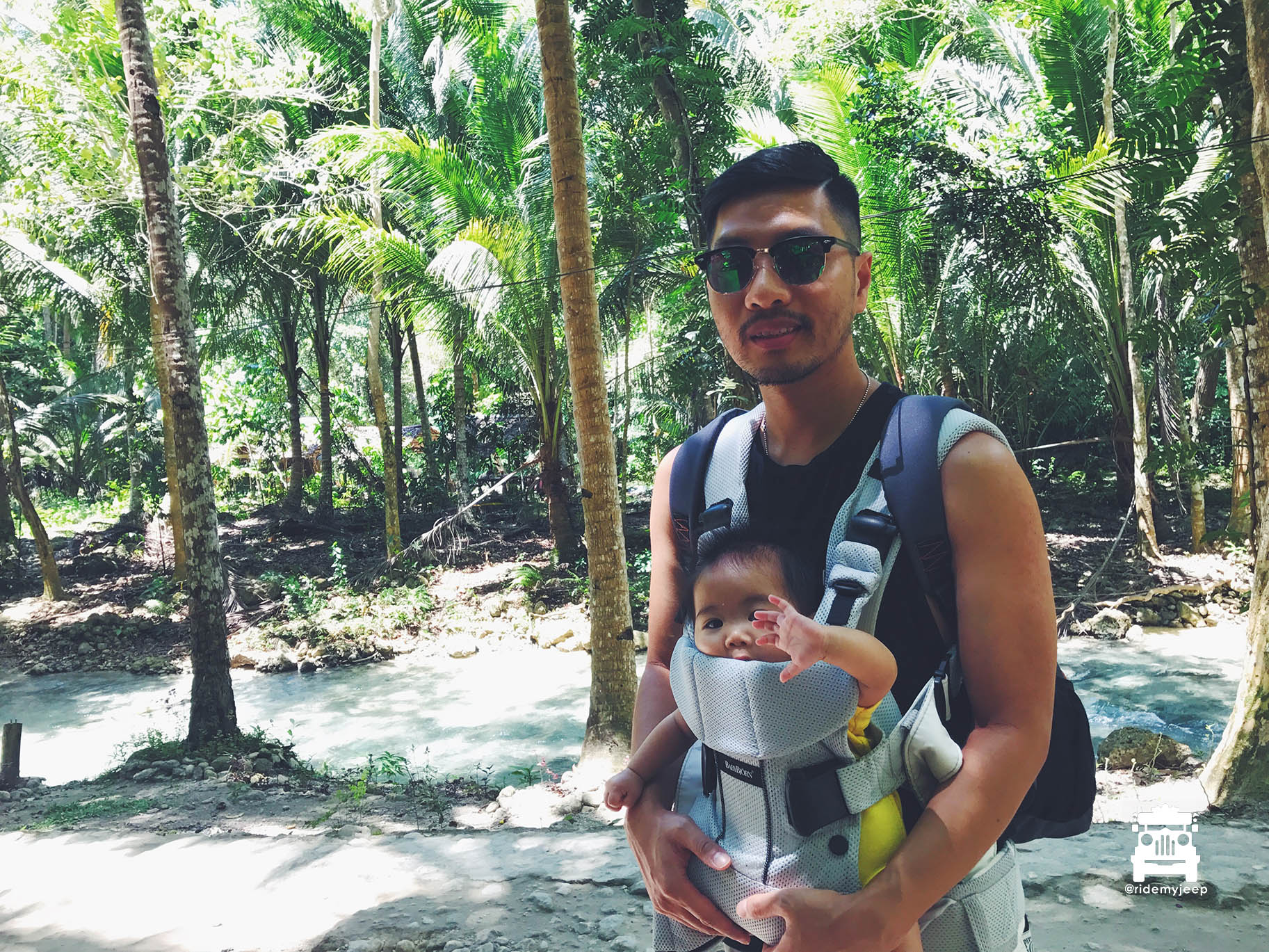 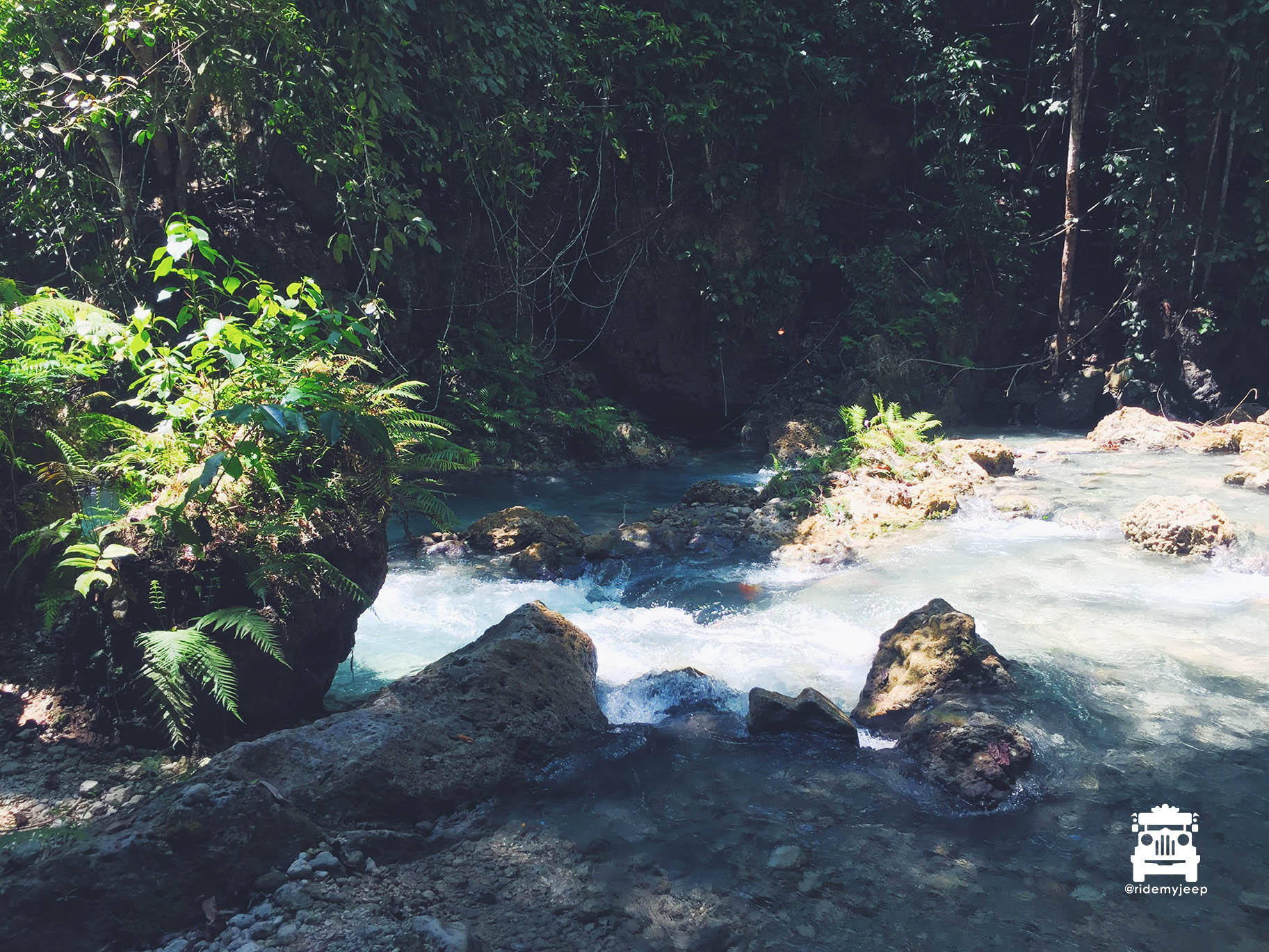 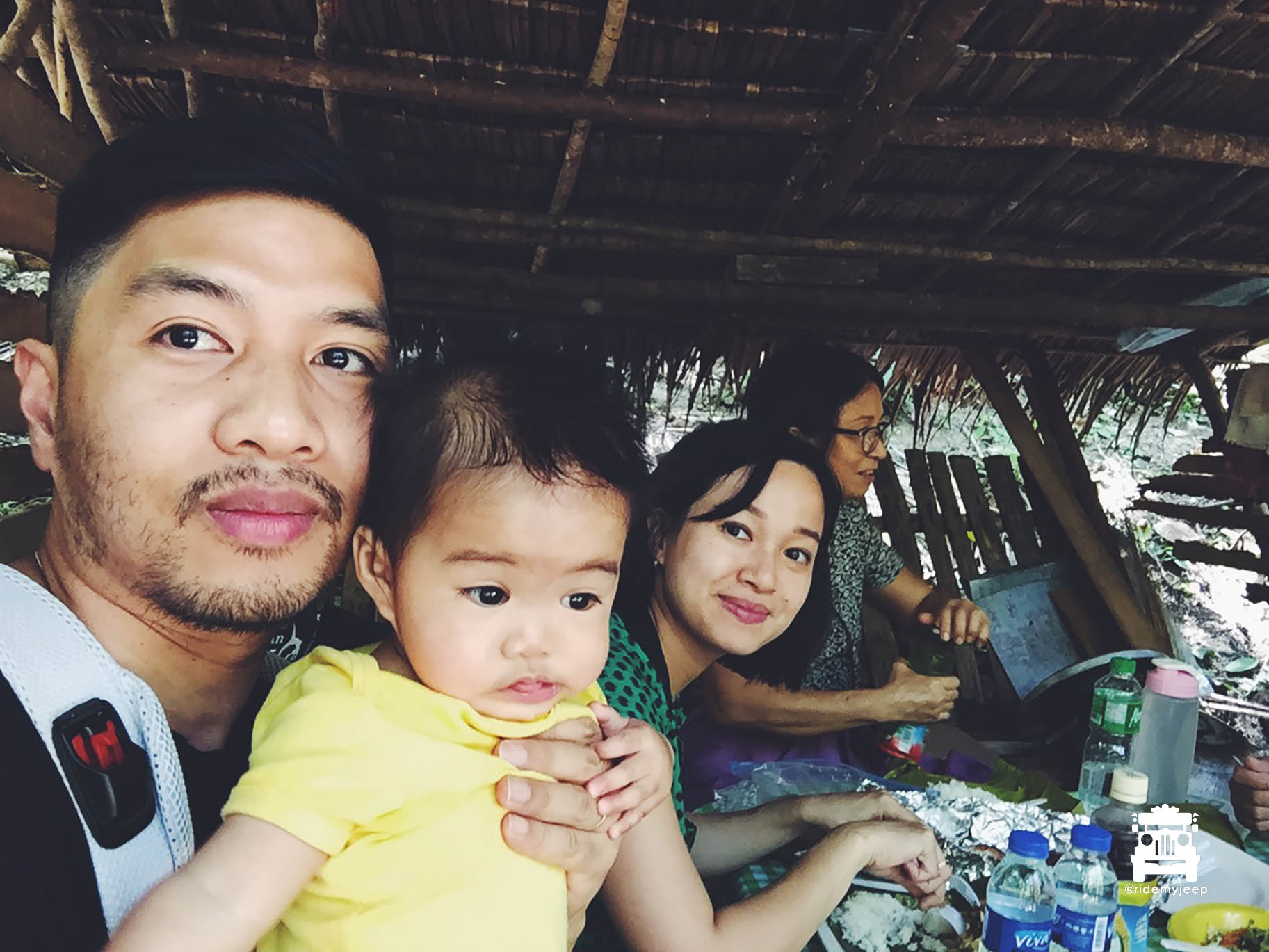 Hunger was satisfied and we were once again off chasing waterfalls (TLC song reference – check!). The crystal clear stream was a constant reminder that soon enough, we would reach Kawasan. We passed by a group of children splashing about in the water, an envious sight as I could feel my sweat dripping from my head down to my back. Around the corner from a moss covered stone bridge, I spotted the falls from a distance, packed full of people. Blue umbrellas were propped up on top of picnic tables, one table being offered to us for P500 ($15AU). Abner, our driver said we didn’t need to get a table since we already had our lunch. He was happy to watch over our stuff we left under a tree. We changed into our swimming gear and took our first dip. The water was cold! It was clear yet in the back of my mind I had questioned its purity due to the number of people already soaking in it. Bub didn’t have a care in the world. She loved being in the water. I was offered to try the bamboo raft (P300) that would take you just below the waterfall but I declined. 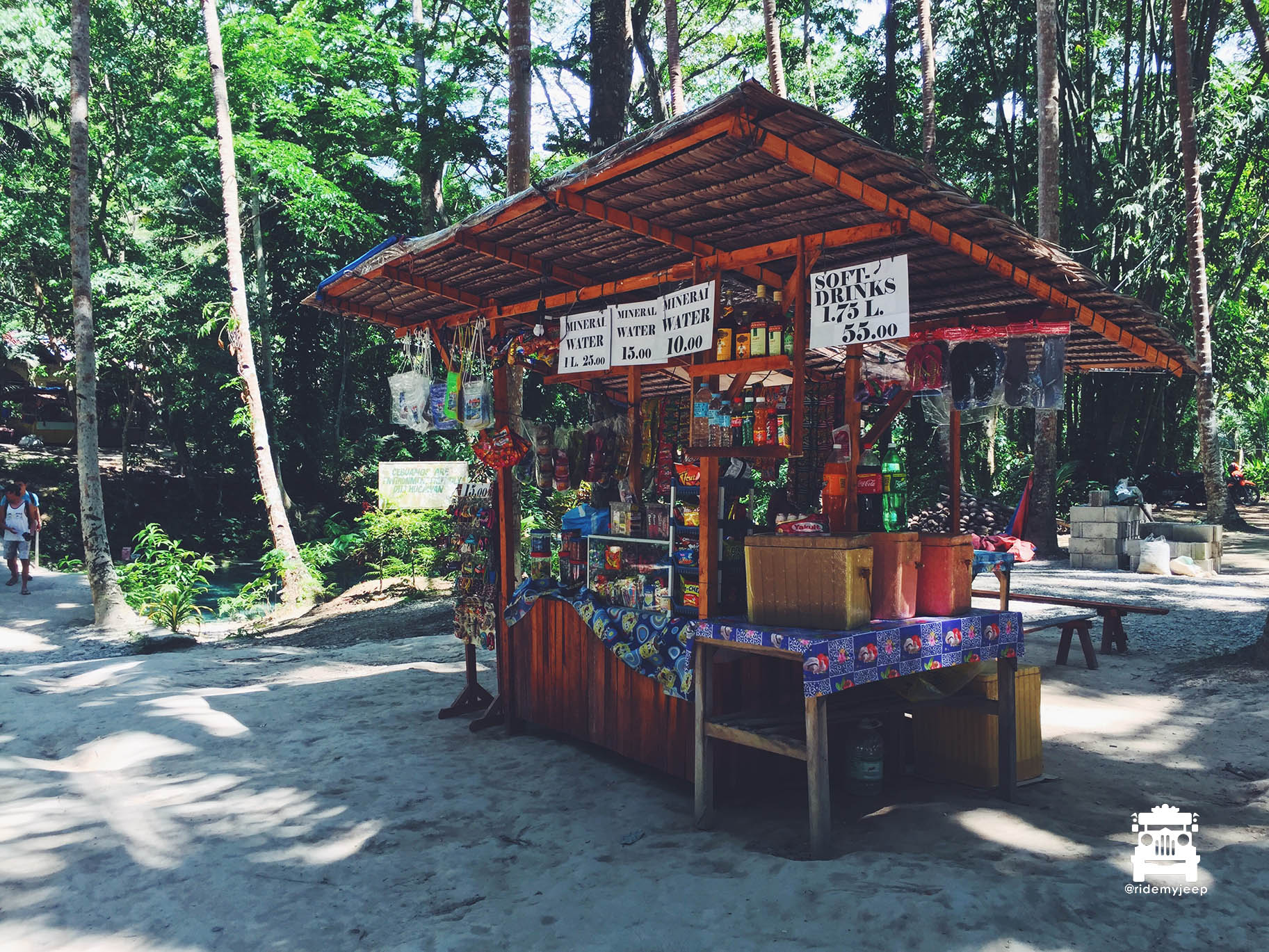 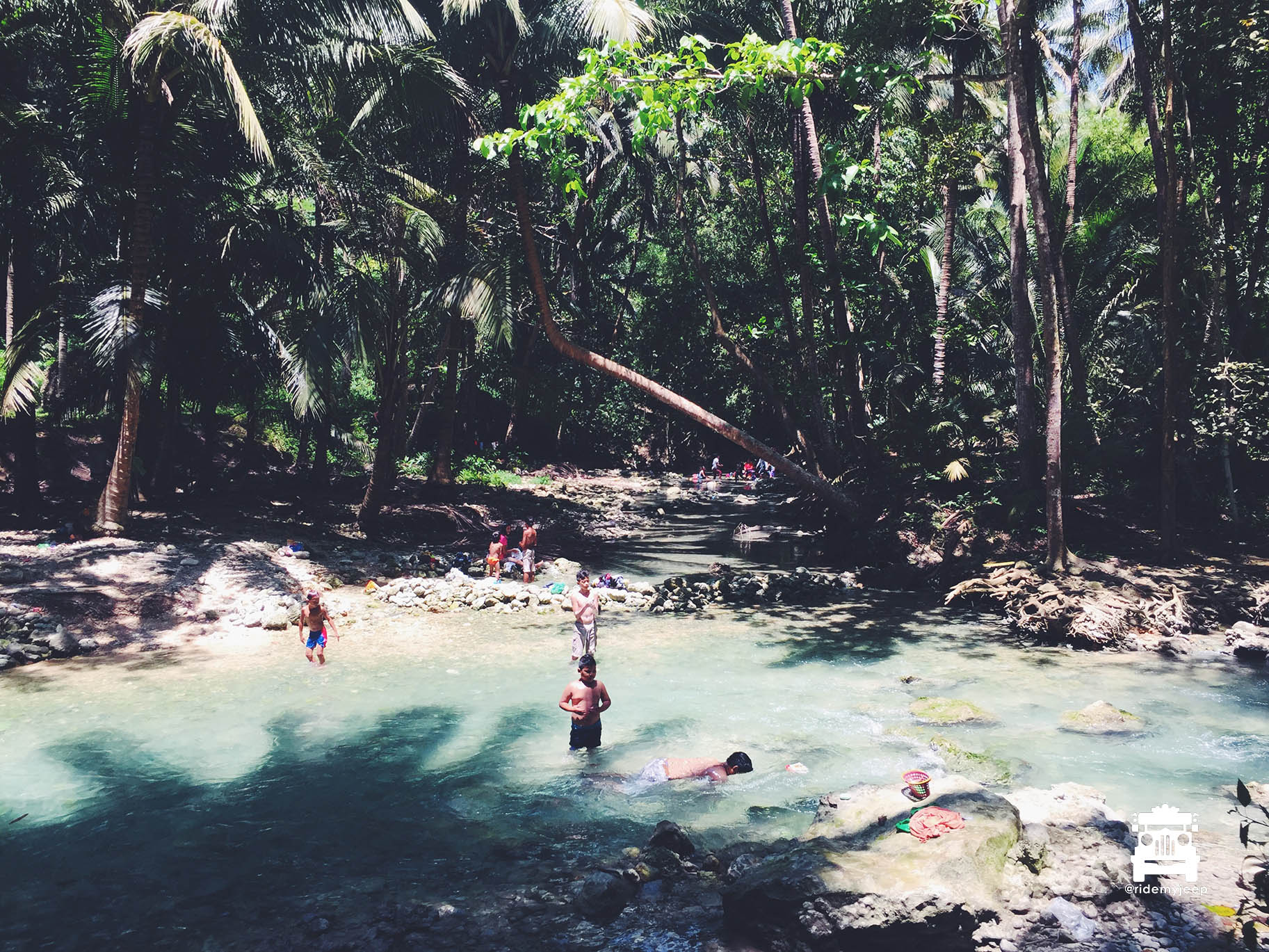 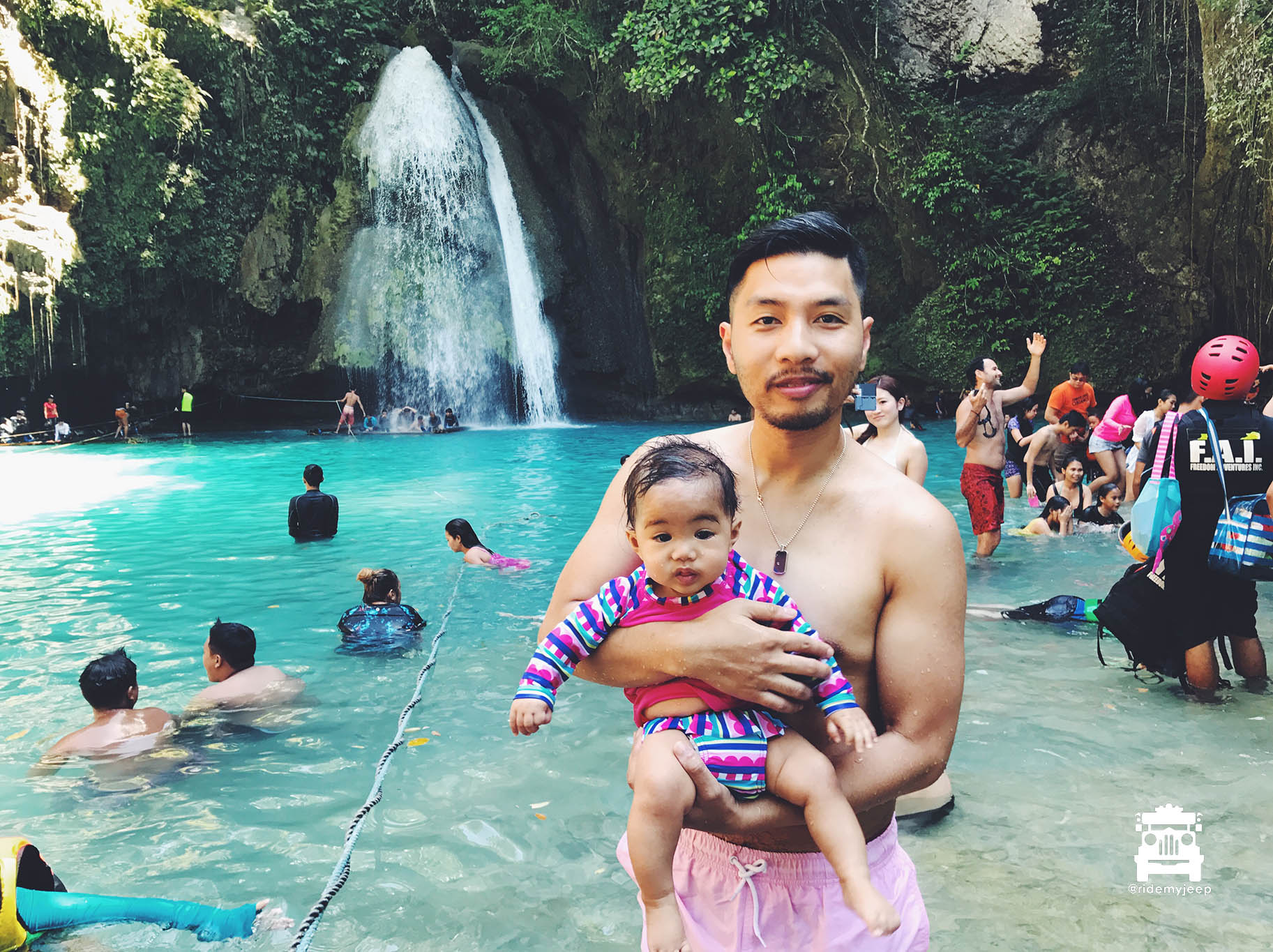 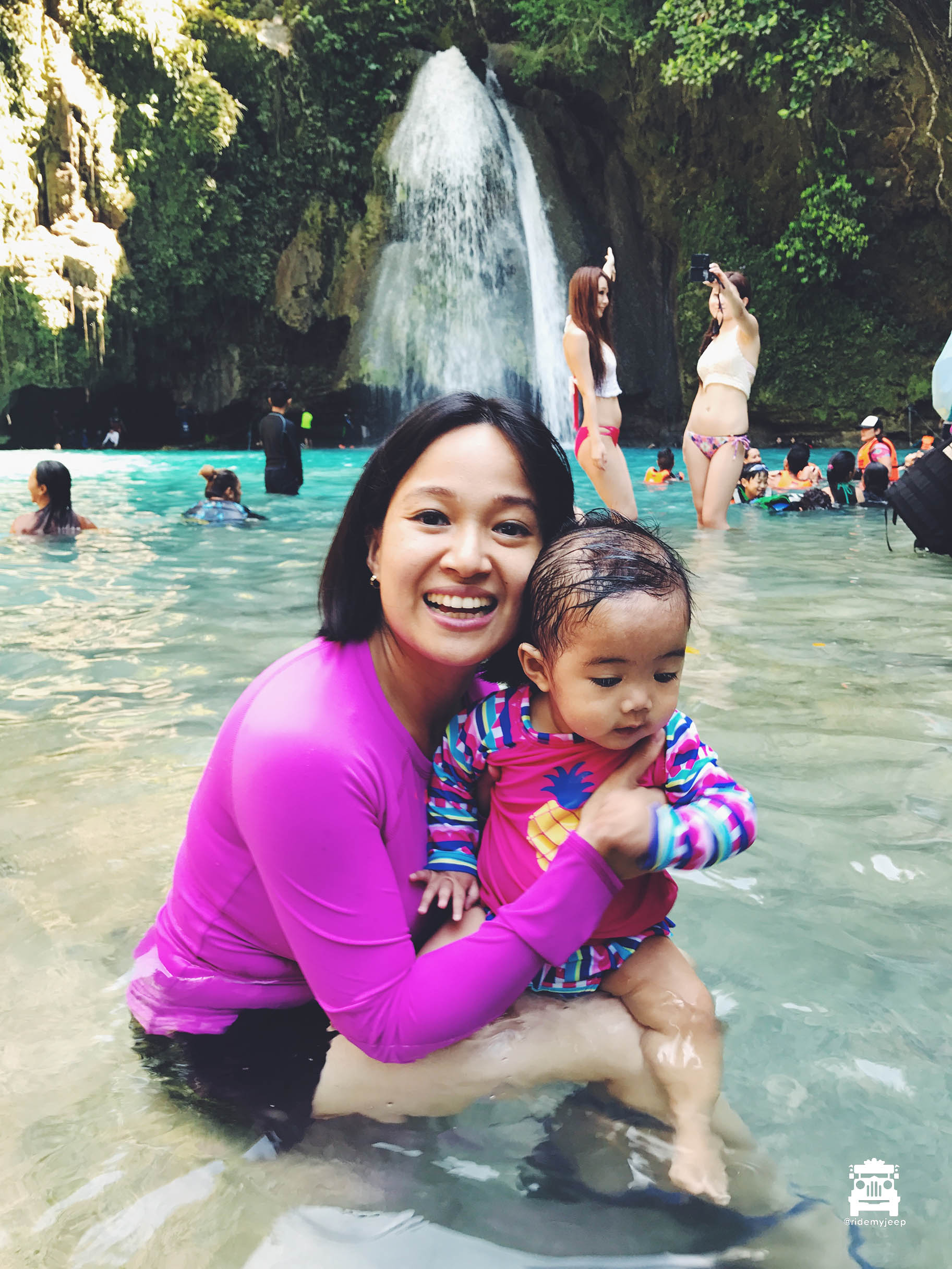 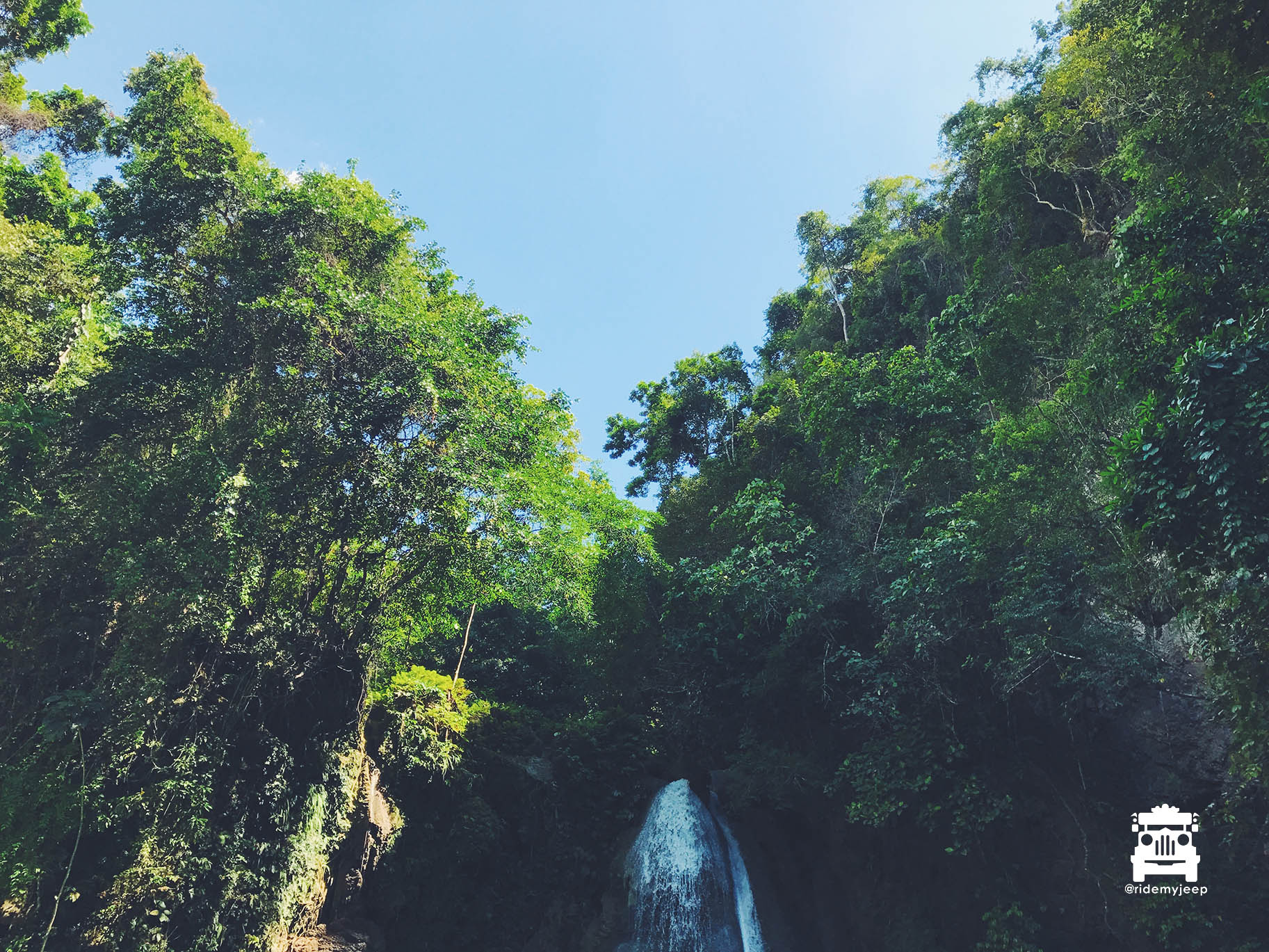 Eventually the novelty wore off for Bub who was probably in need of a nap and so we changed back to our dry clothes and made our way back to the car. Instead of following the same way back home, Abner drove us via the scenic route, passing through the most southern part of Cebu Island. We also passed the town of Oslob, famous for whale watching. Another pitstop was Escuela Catolica, a heritage building built in 1940 and served as a place for religious teachings and was a school at one point in history. The old wooden building was evidently worn down by the salty sea breeze as it was located quite close to the shore. Two grand identical staircases stood side by side that led you to a tiny porch where a narrow door greeted you. It was quite late in the afternoon and so we weren’t allowed to explore the inside but instead took pictures in front of it. 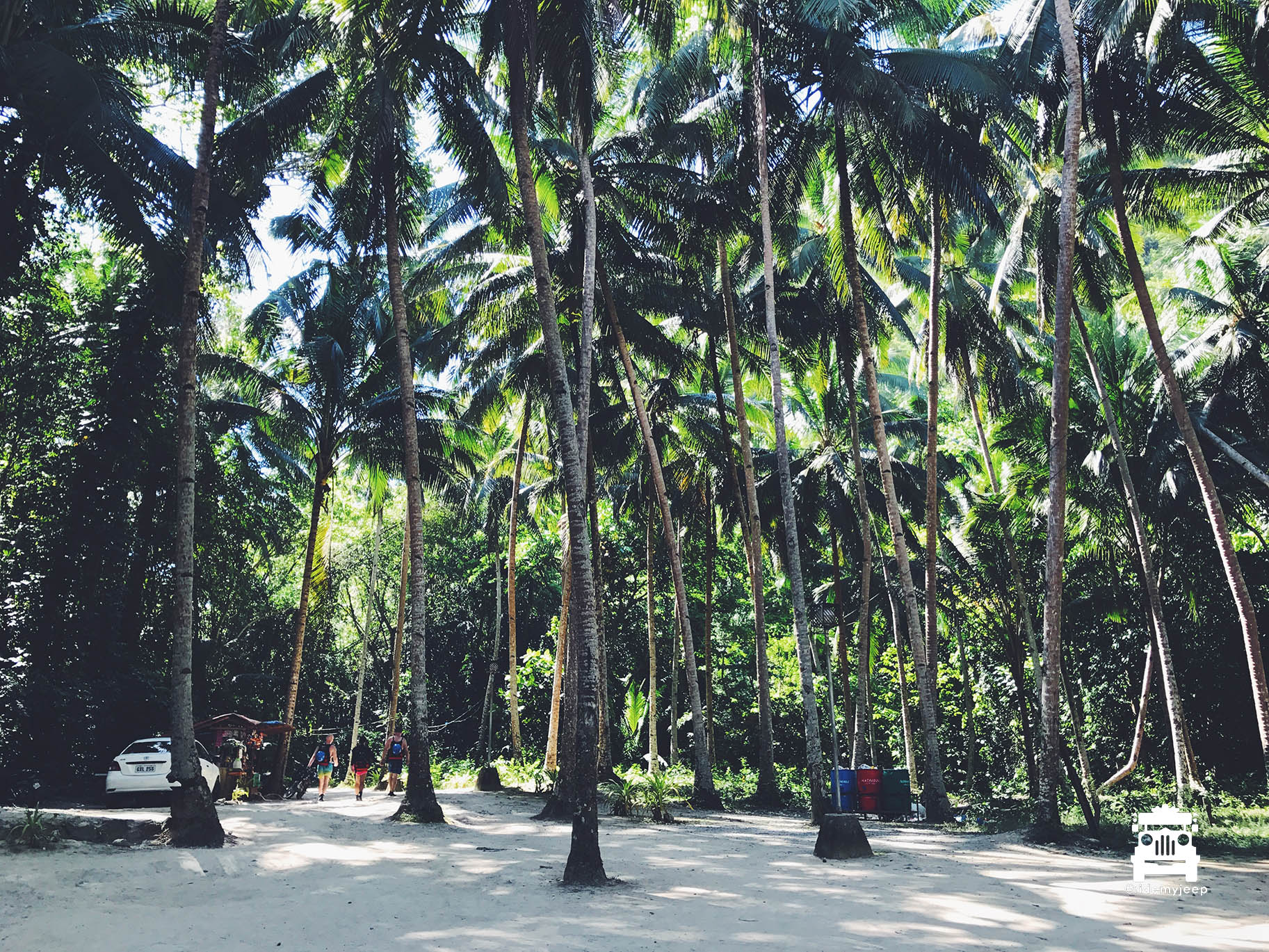 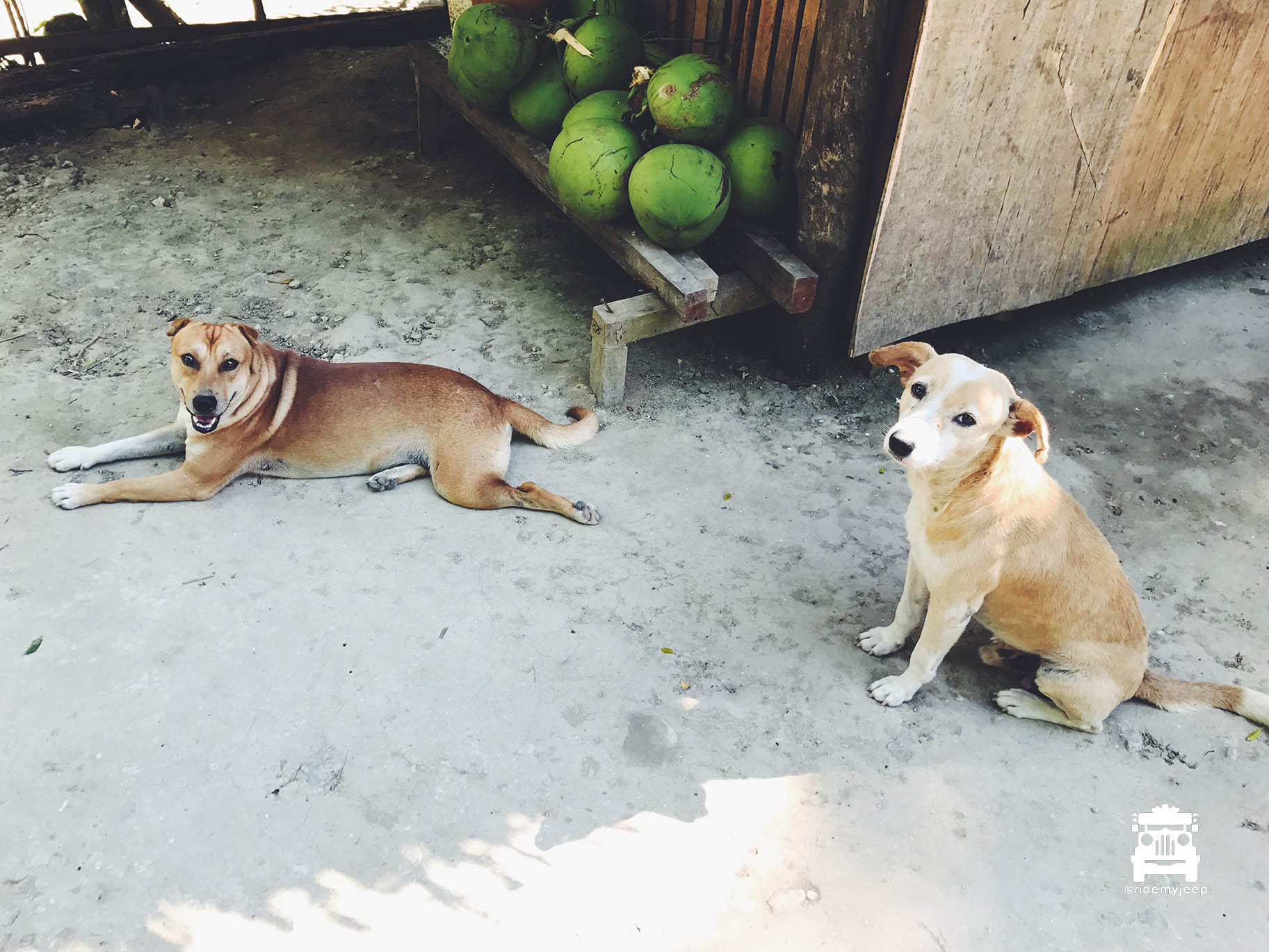 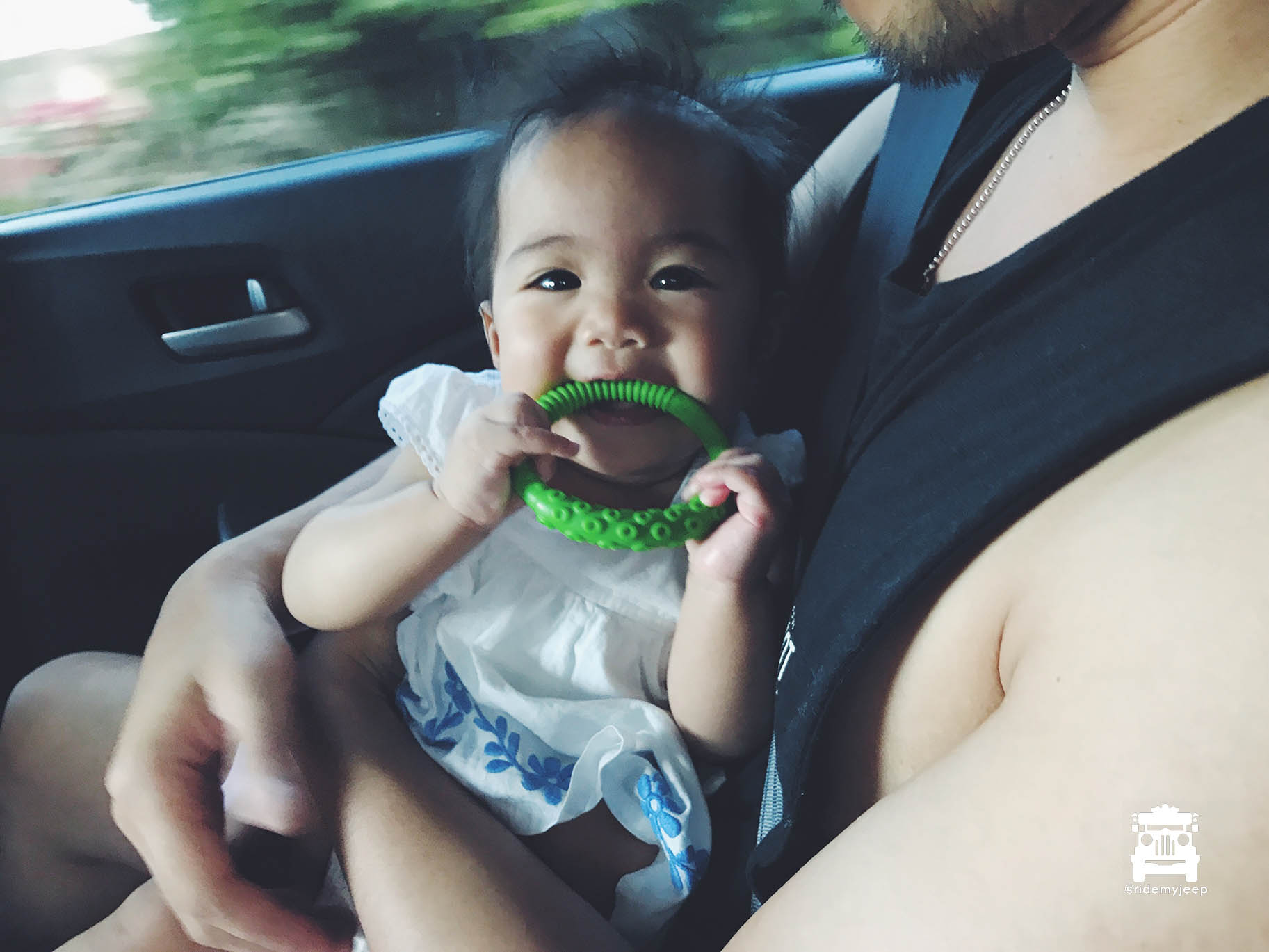 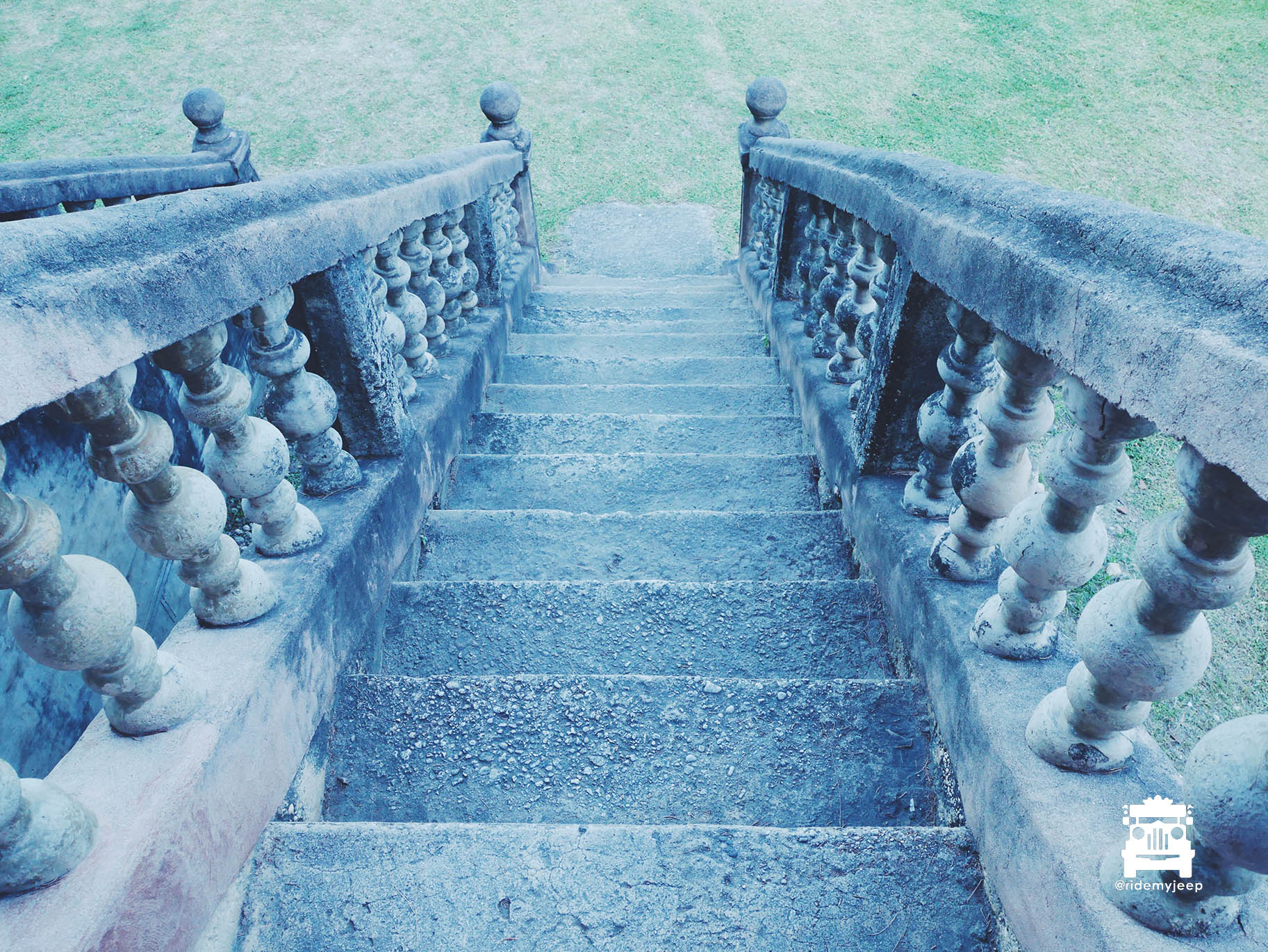 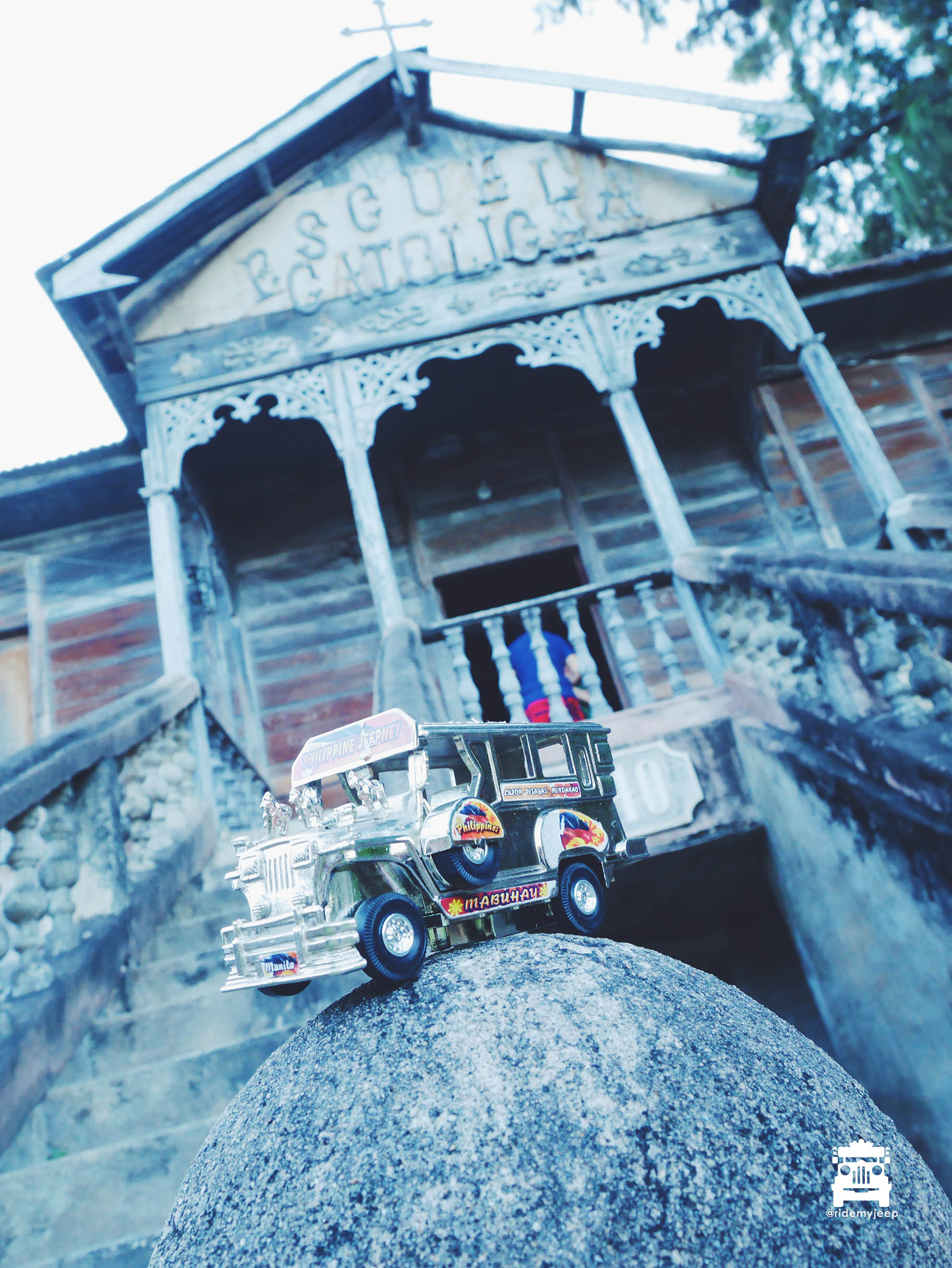 Three hours in our journey home, we stopped by a local fruit vendor on the roadside selling green bananas and papaya. His fruit stand was sheltered underneath a grapefruit tree abundant with hanging fruit. My mother in law grabbed some papaya, guyabano (soursop) and grapefruit for a bargain price. Our last stop was for Abner who was craving for torta, a sweet and savoury pastry authentic in Cebu. It was more dense than a sponge, quite tangy from the fermented coconut wine. The flavour was a little too strong for me. 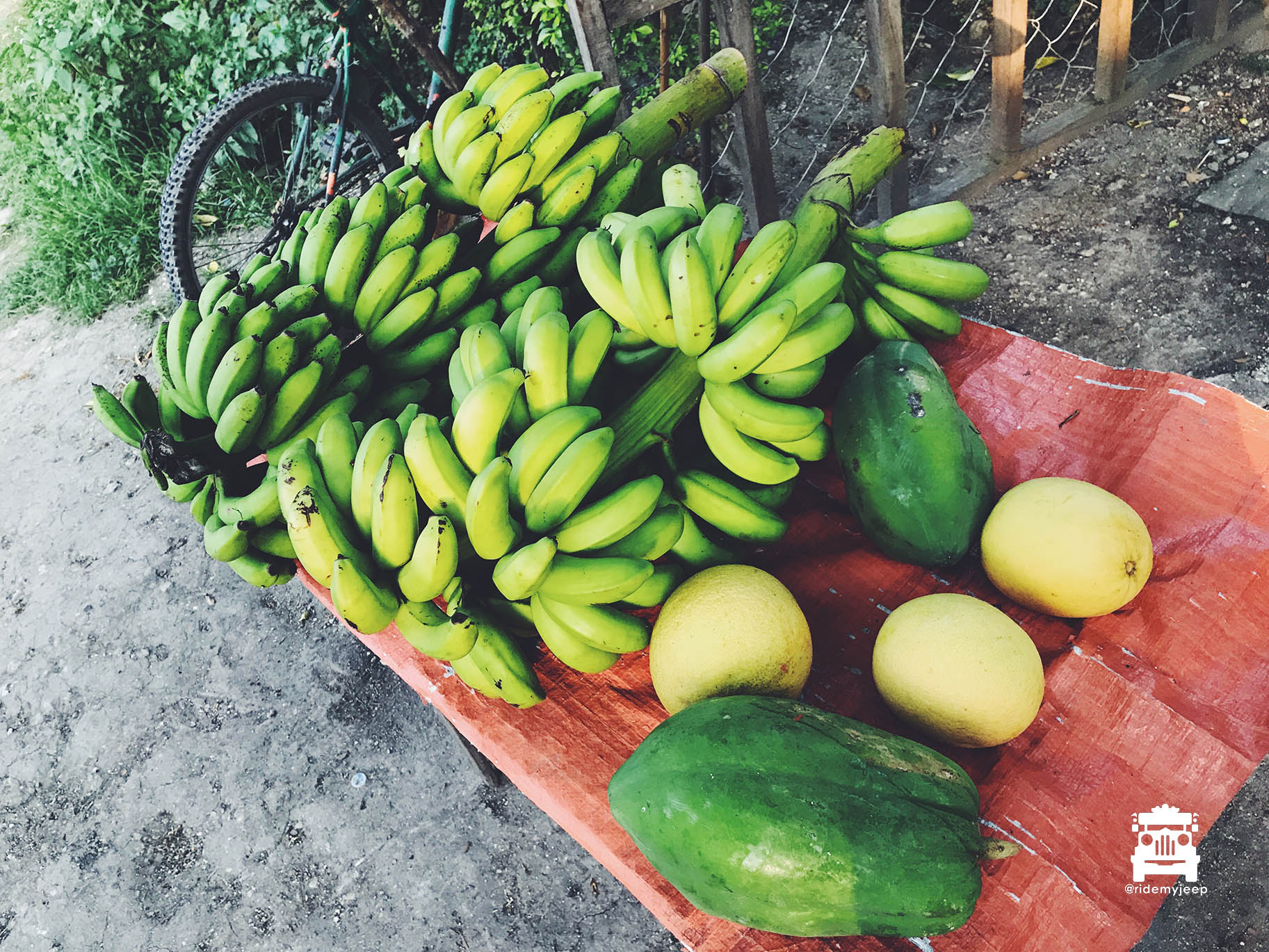 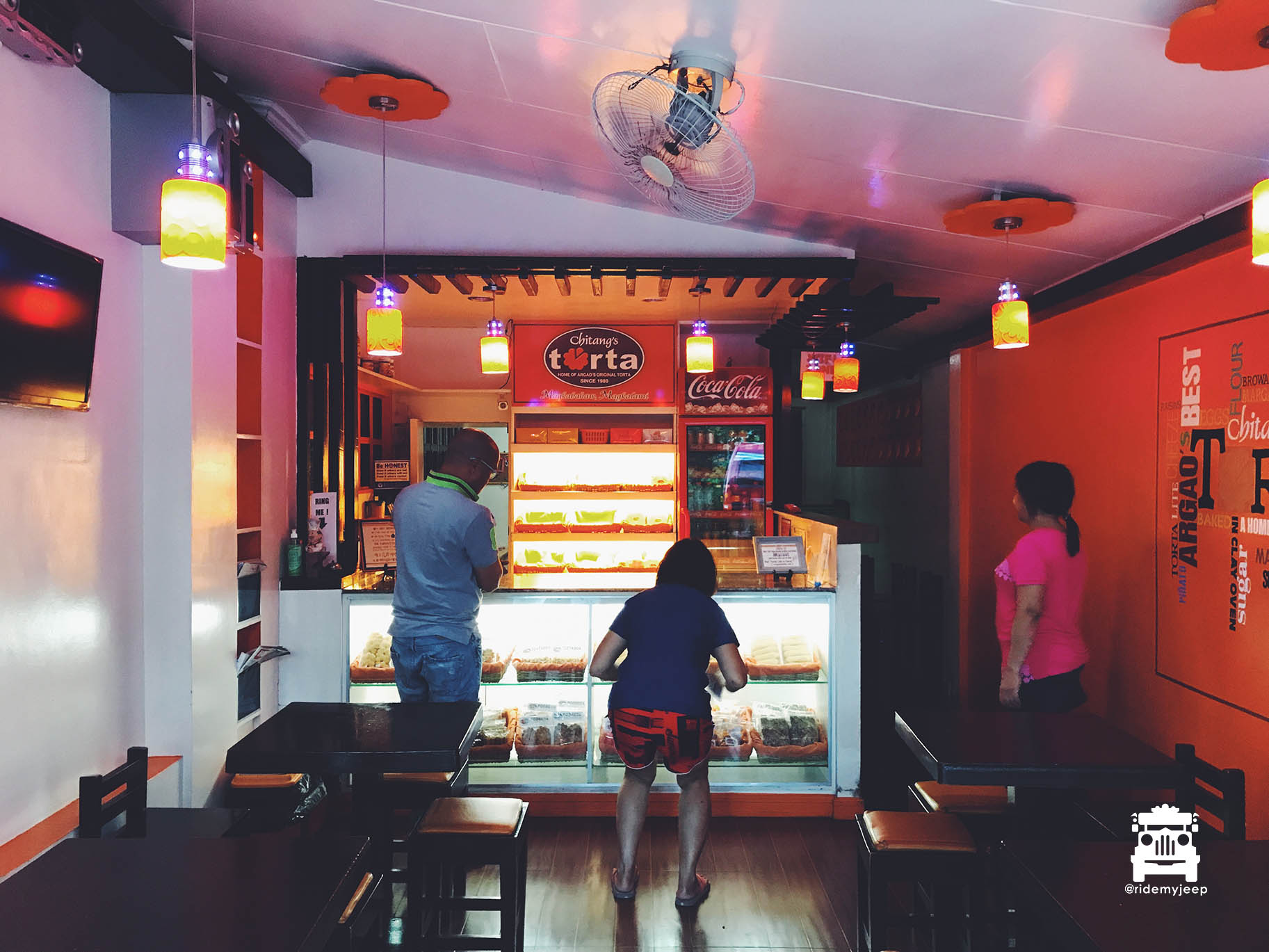 After being caught in traffic which delayed us even more, we managed to return home by 8pm. Wifey’s uncle and family were waiting patiently for us as they were still planning to take us out for dinner. We quickly freshened ourselves and headed out to Waterfront Hotel Cebu. Mizu, a Japanese restaurant within the hotel was happy to accomodate our group and in no time the food was served on our table. Uncle Al had ordered a selection of sushi plus other dishes to share. 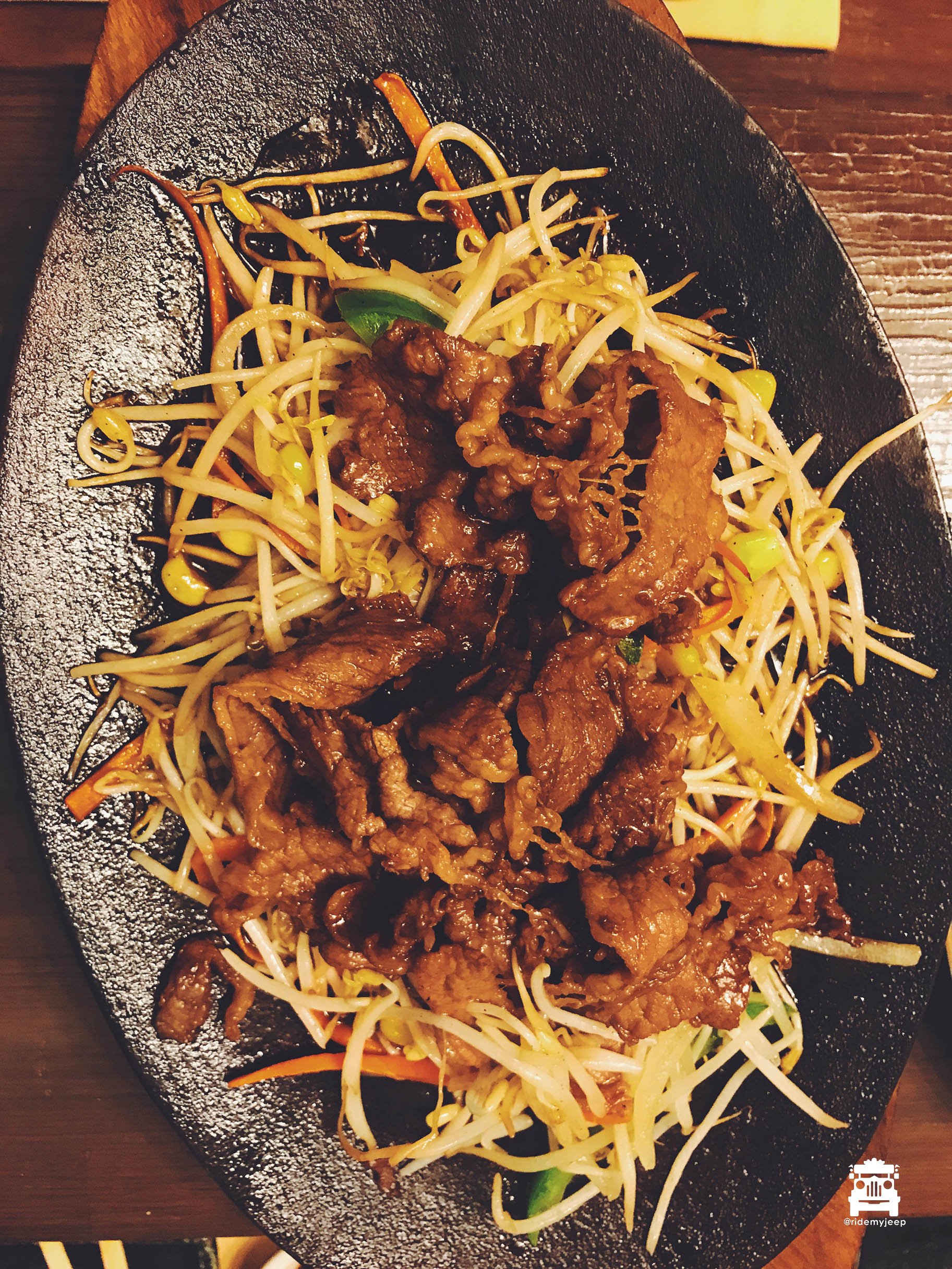 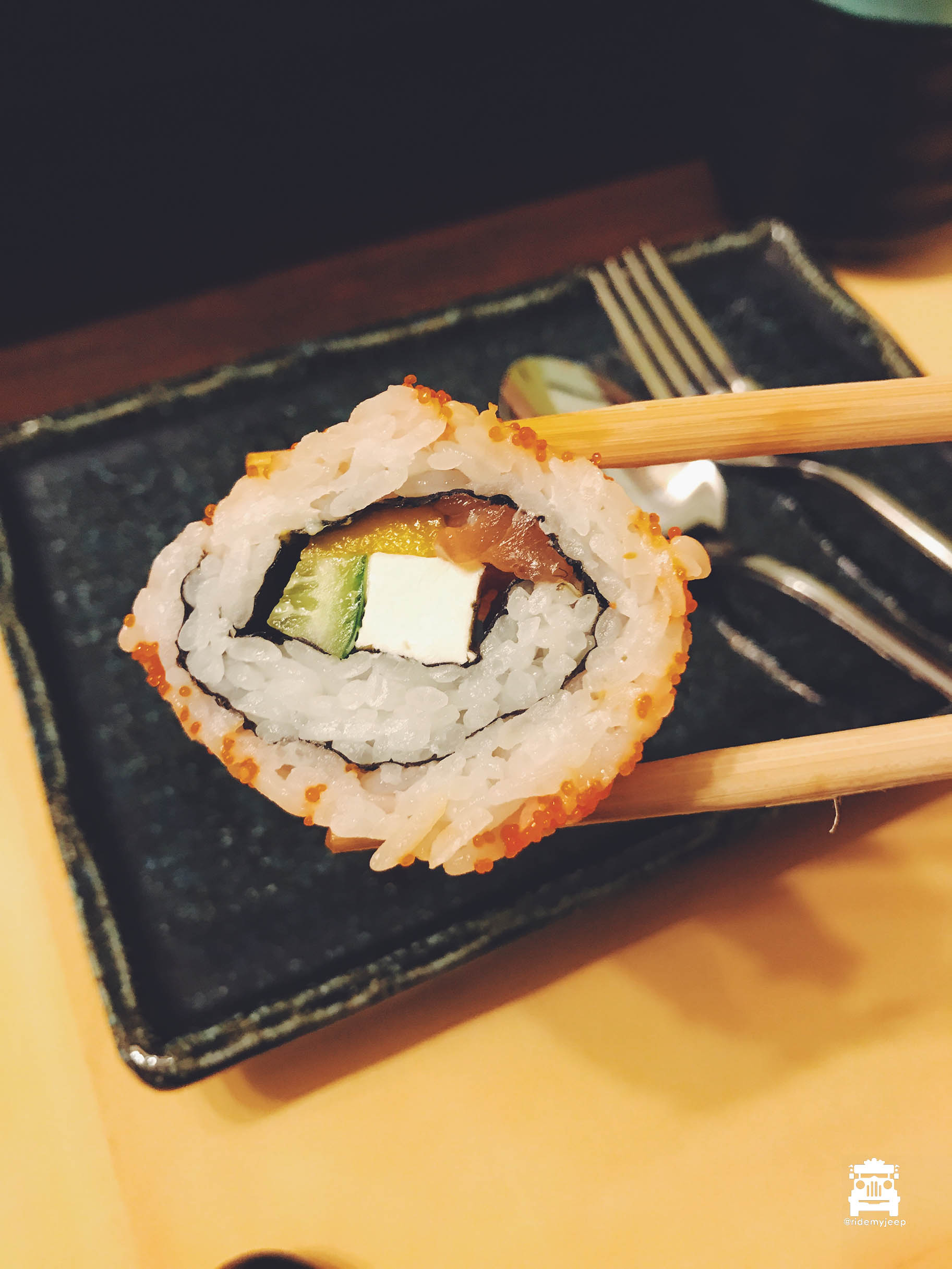 Travel tip: It was a super long day, perhaps a tad too long for Bub. If you do plan to go on long drives with a 6 month old, make sure to pack some toys to keep them occupied, bring some snacks and always make sure they are hydrated.