It was way past lunch time when we reached the city centre. We decided to eat at Chowking, a Chinese fast food restaurant. Whenever I went back to the Philippines, I had to make sure I visit Chowking at least once, even just for the halo-halo (see below). I would always order the chicken lauriat platter and this day was no exception. It had a bit of everything; deep fried crispy chicken, Chinese fried rice, stir fried noodles, siomai dumplings and prawn crackers. There was also a chewy sticky rice ball rolled in sesame seeds. My mini dessert before the “real dessert” was served- the halo-halo. One of the most famous Filipino desserts, halo-halo if literally translated in English means “mix-mix”. A concoction of sweetened desserts of jelly, tropical fruit, beans and jams buried in shaved ice in a glass and drizzled with evaporated milk. Chowking’s version was topped with ube (purple yam) ice cream and a slice of leche flan, the Filipino counterpart of a creme caramel. I mixed the ingredients around creating a cold sugary slurry. One taste and I was transported back to my childhood where I would sit on our balcony happily eating my halo-halo we bought from our next-door neighbour’s pop-up stall.

The restaurant was conveniently located right across the Basilica del Santo Niño, the oldest Roman Catholic church in the Philippines founded in 1565. Back in 2013, a 7.2 magnitude earthquake hit the island causing some damage to the church’s belfry and the facade. We passed by some builders laying some floor tiling on the pathway that led to our next destination- Magellan’s Cross. 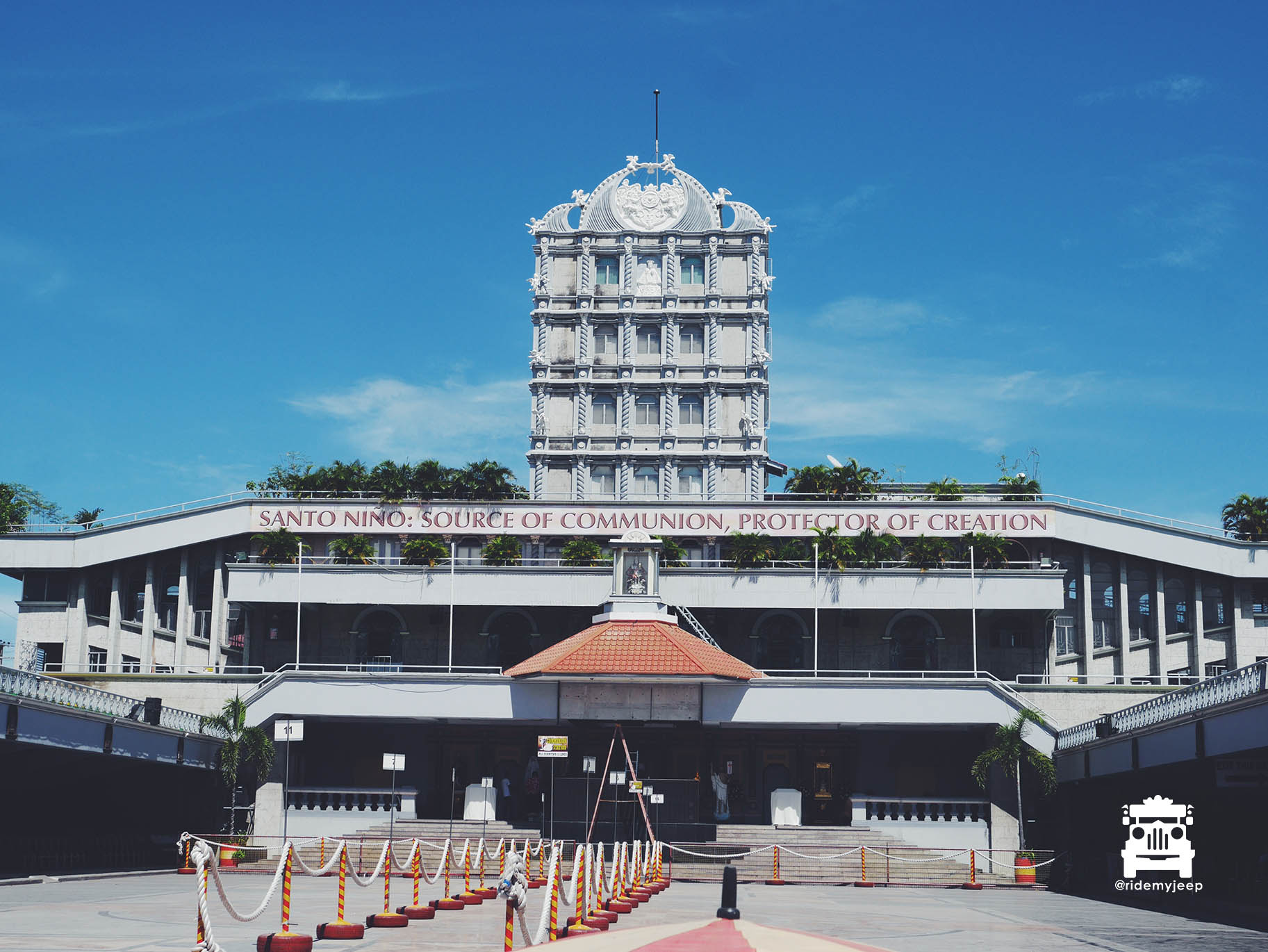 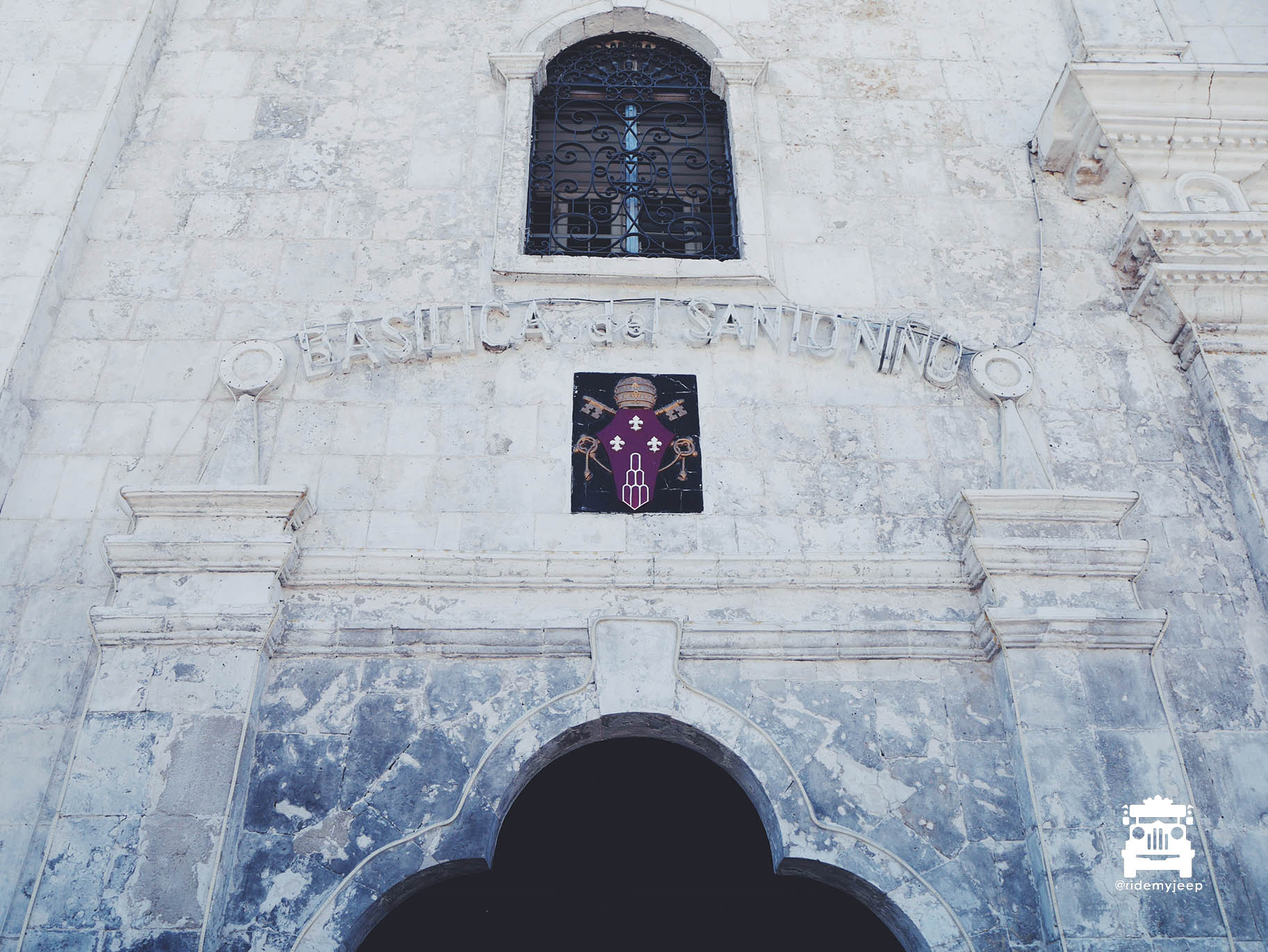 Just outside the basilica, a small octagonal rotunda stood, surrounded by people. Its red roof tiles gleamed under the hot sun. We are here at Magellan’s Cross, Wifey proclaimed. Politely pushing through the crowd I managed to get myself inside. I couldn’t help but look up to see the giant wooden cross that rose in the middle. The ceiling was adorned by paintings, a scene depicting native Filipino ancestors being converted into Christianity by the Spanish. At the foot of the cross laid an inscription that said “This Cross of Tindalo Wood encases the original cross planted by Ferdinand Magellan on this very site. April 21 1521”. Magellan, first landed in the Philippines on Homonhon Island. He befriended a native chief there who brought him to Cebu. This event was commemorated by the planting the cross which was also the symbol of the beginning of Christianity in the Philippines. Below the inscription, laid hundreds of candles meant to be offerings to the Santo Niño (holy child). Candle vendors were there to explain to you what the colours meant. Yellow was for peace and health. 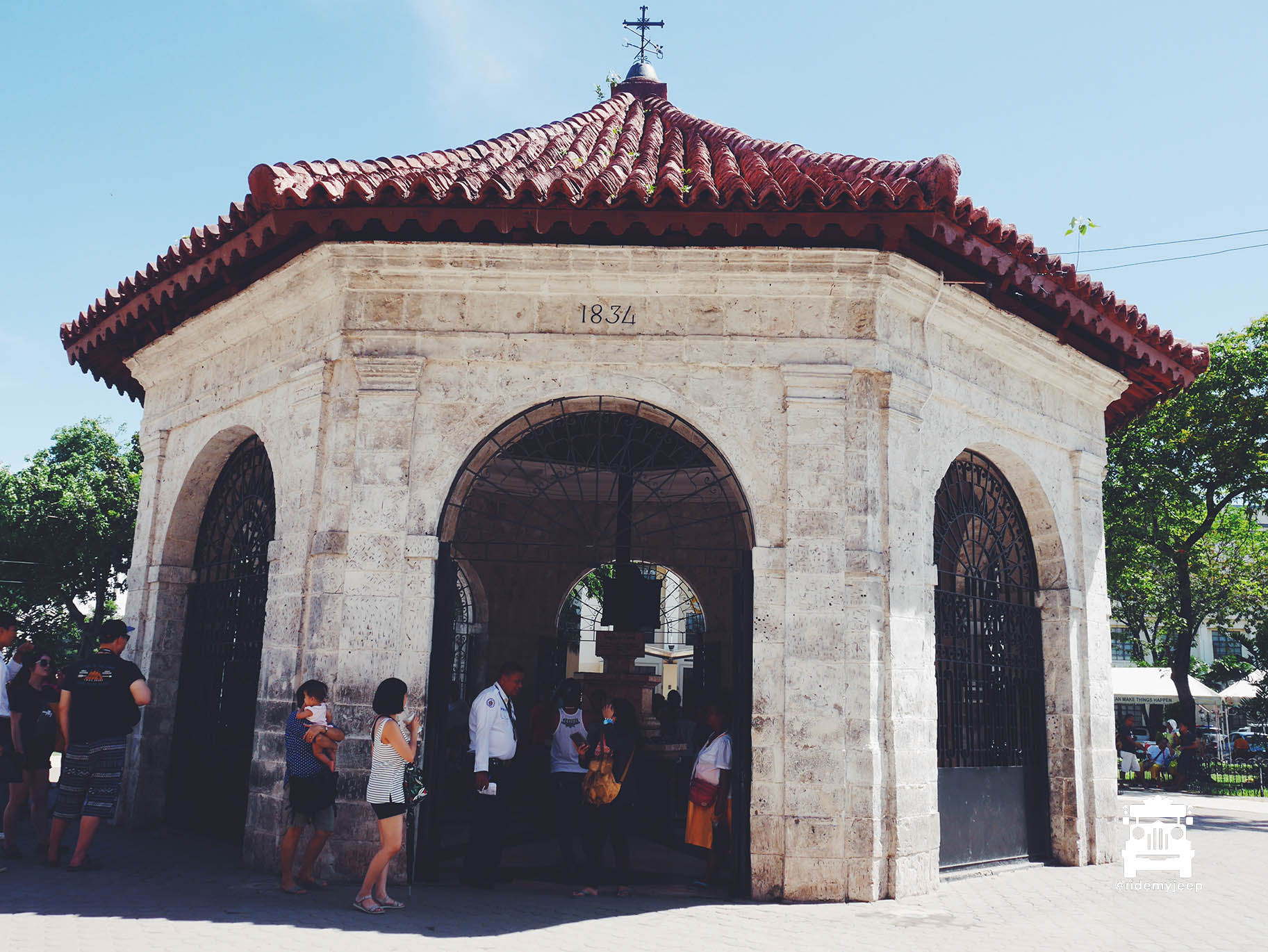 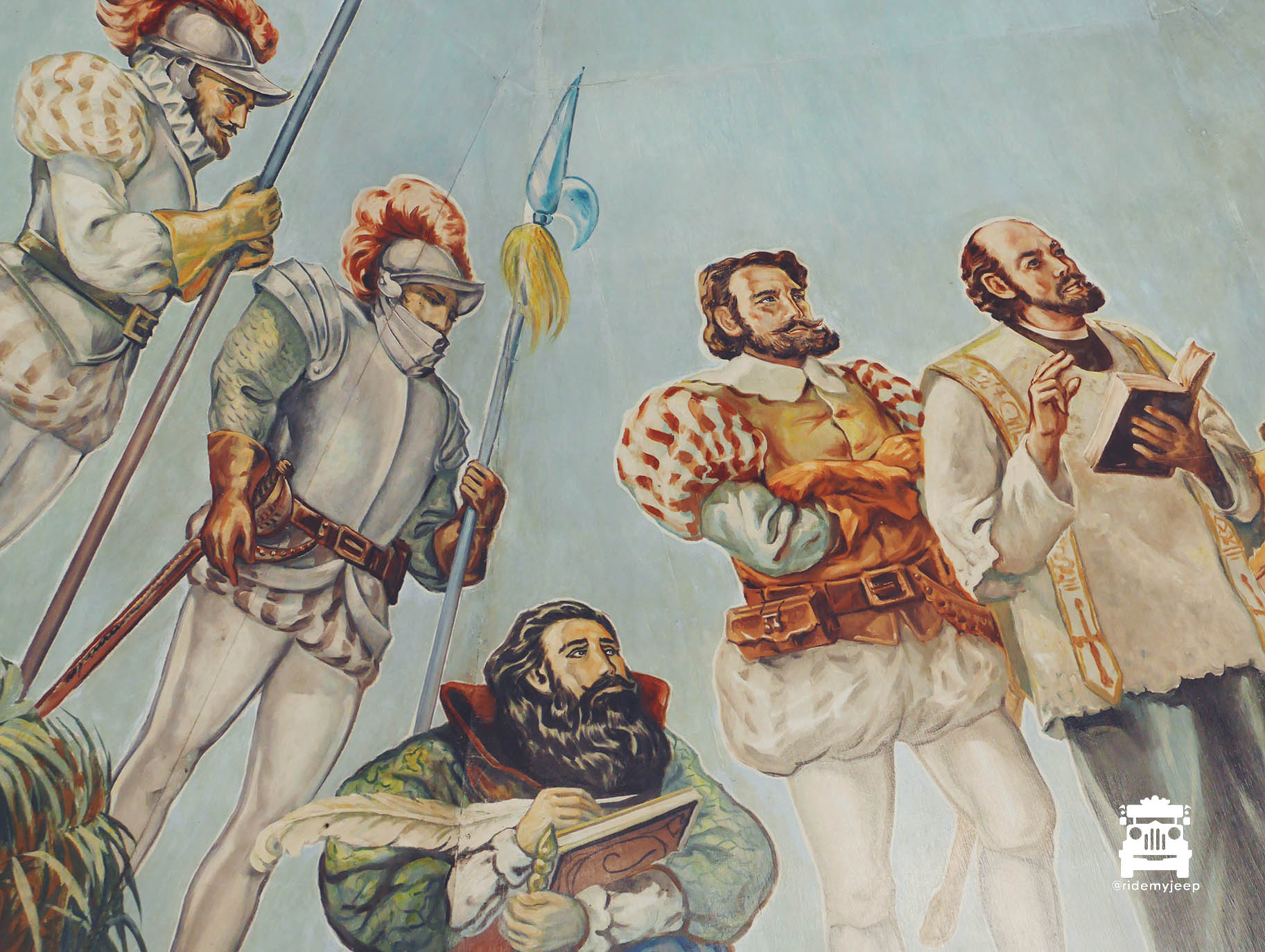 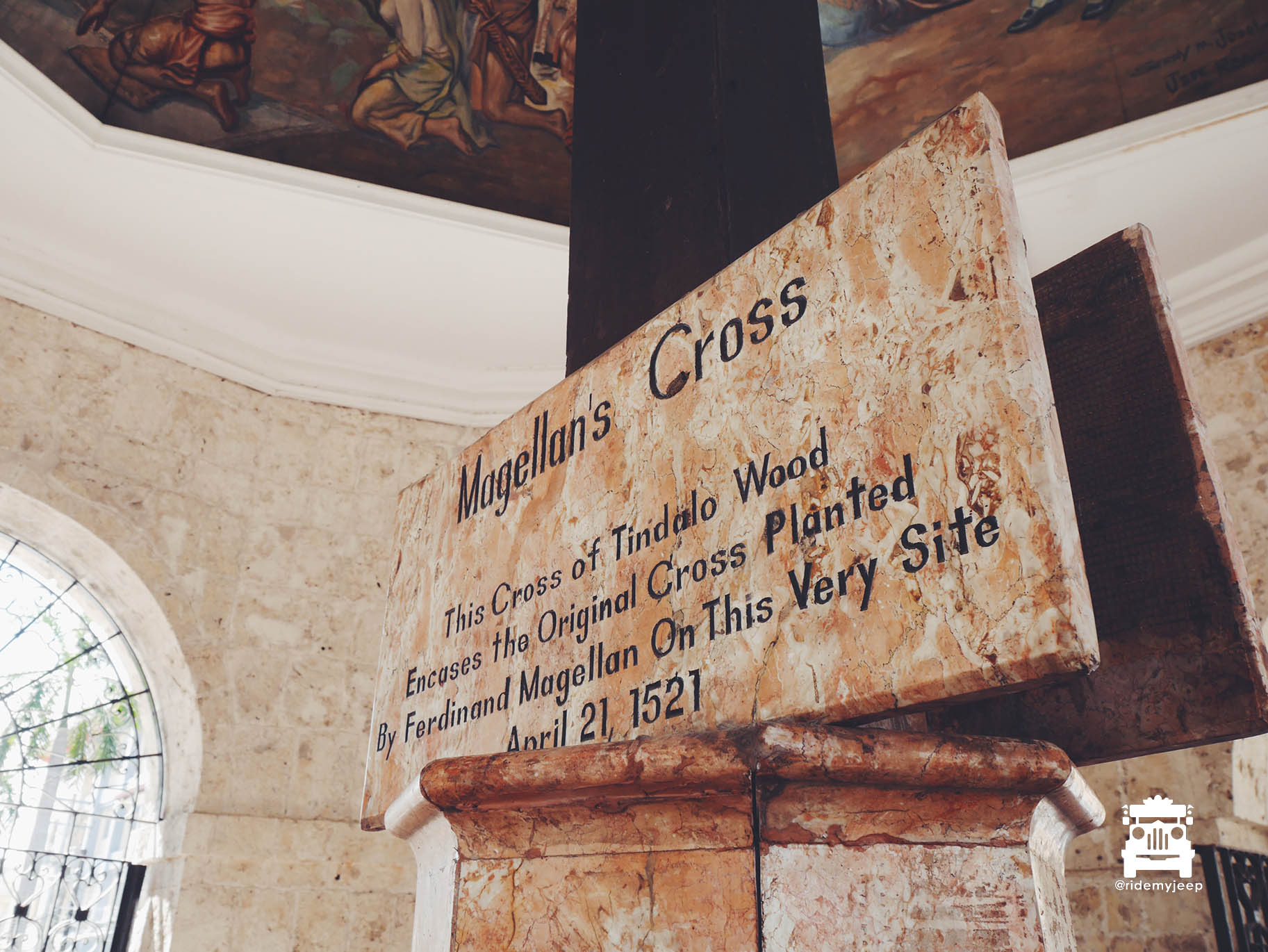 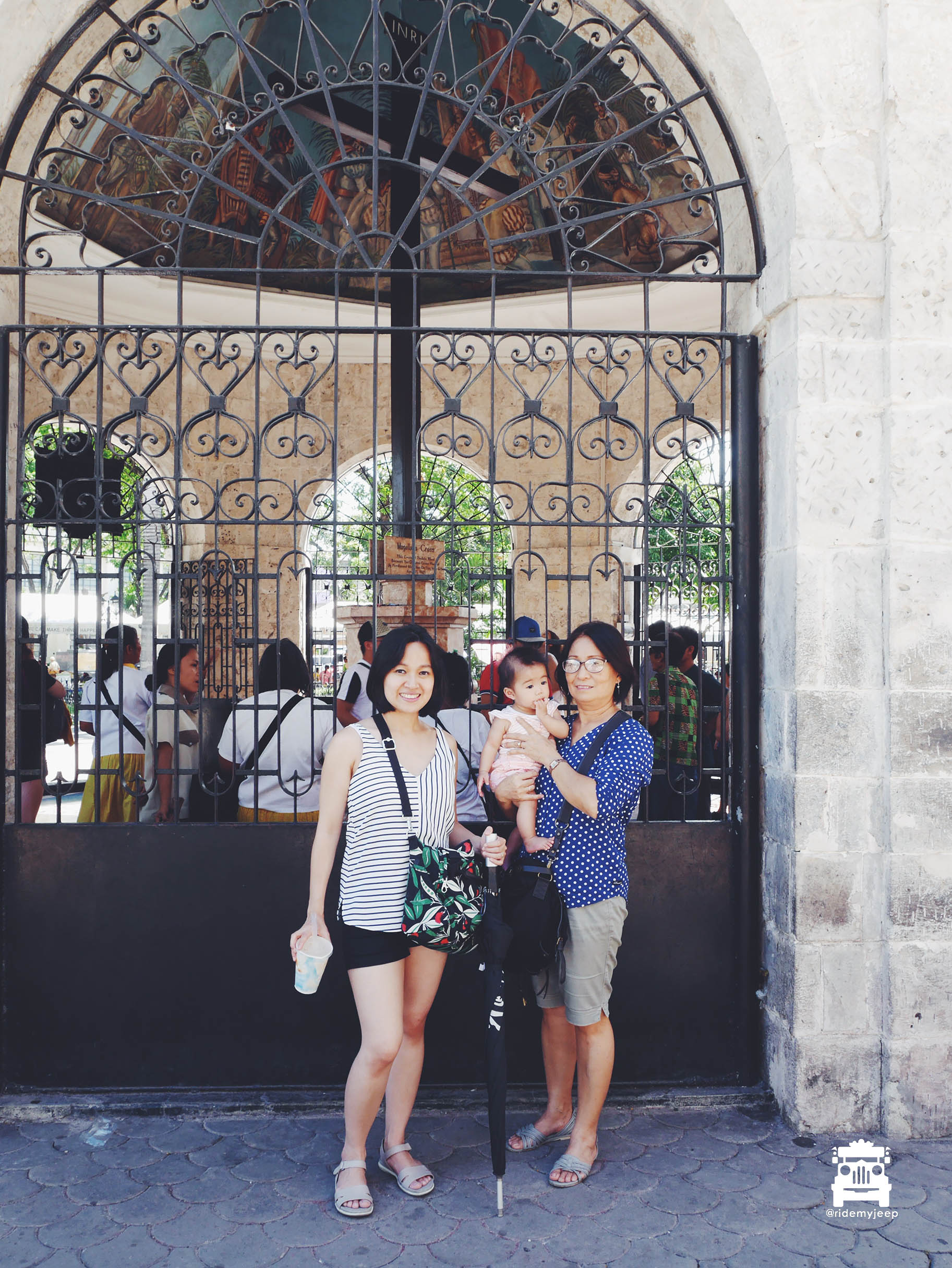 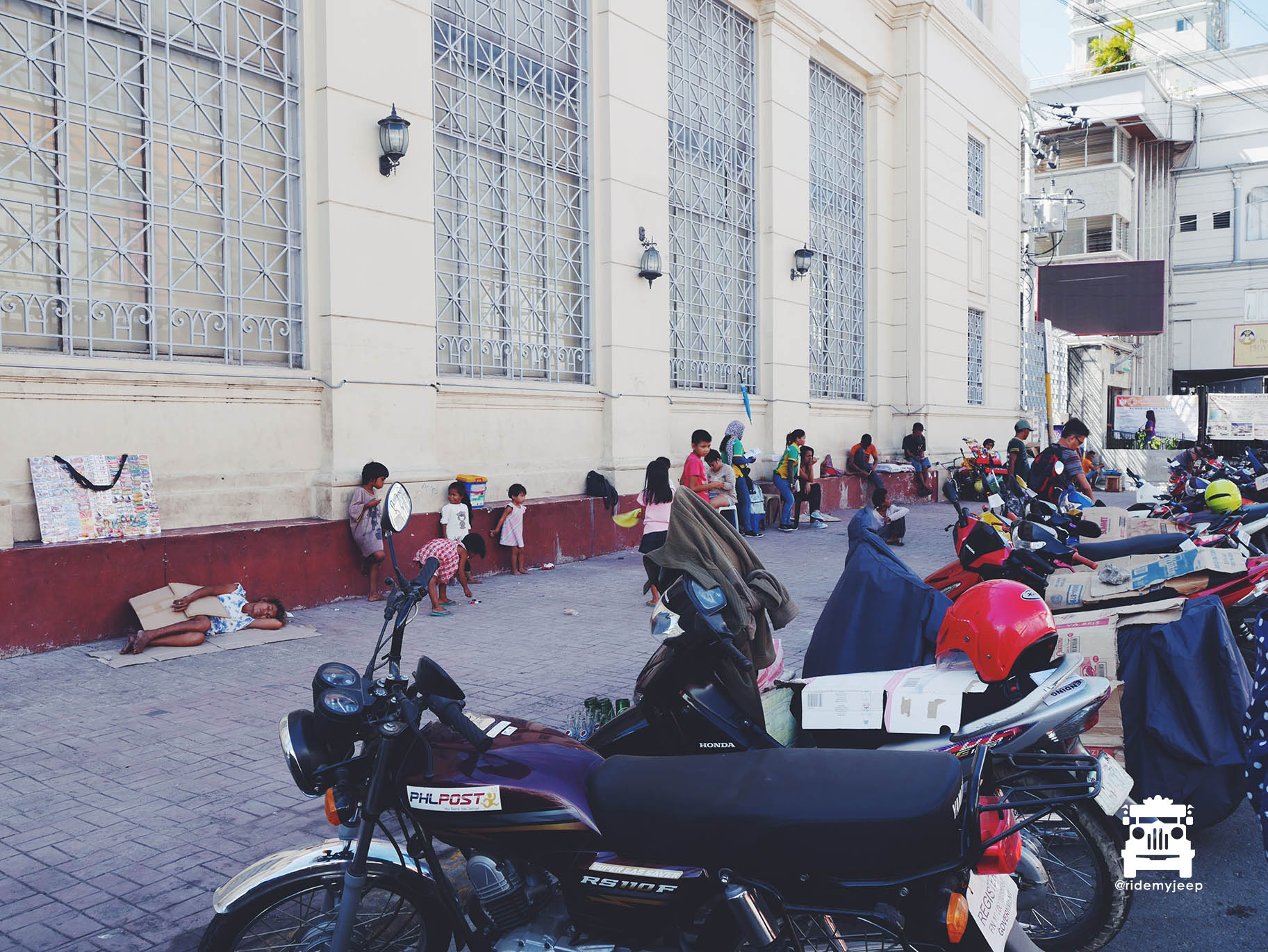 A stone’s throw away from Magellan’s Cross was Fort San Pedro. Initially built from wood after the Spanish arrived in Cebu led by Spaniard Miguel Lopez de Legazpi, it was turned to stone in the early 17th century. The gatehouse of the fort was magnificent. Two short towers stood on each side of the entrance. The facade consisted of two pillars beside the walkway which looked like it was carved from the rock wall. It looked like a medieval castle. I could feel the sun’s heat bouncing from the stone to my face which led me to declare “We’ll only have a quick look inside”. It was just getting too hot and the thought of cooling off in the pool back at Wifey’s uncle’s house also prompted that decision. Entrance fee was P30 per person (less than a dollar). Due to time, we didn’t avail the free tour guide which would have probably given us more information about the history of the fort. 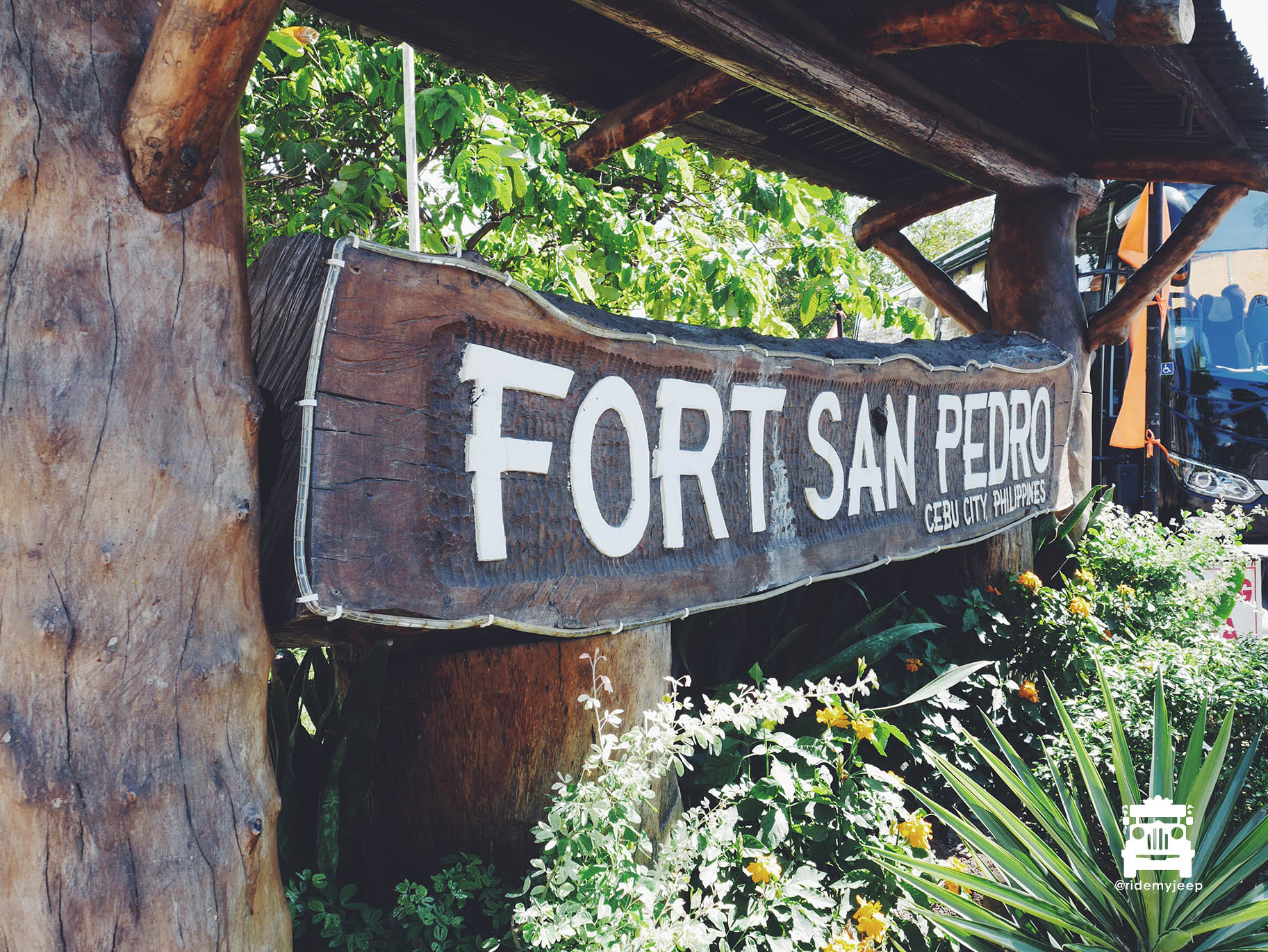 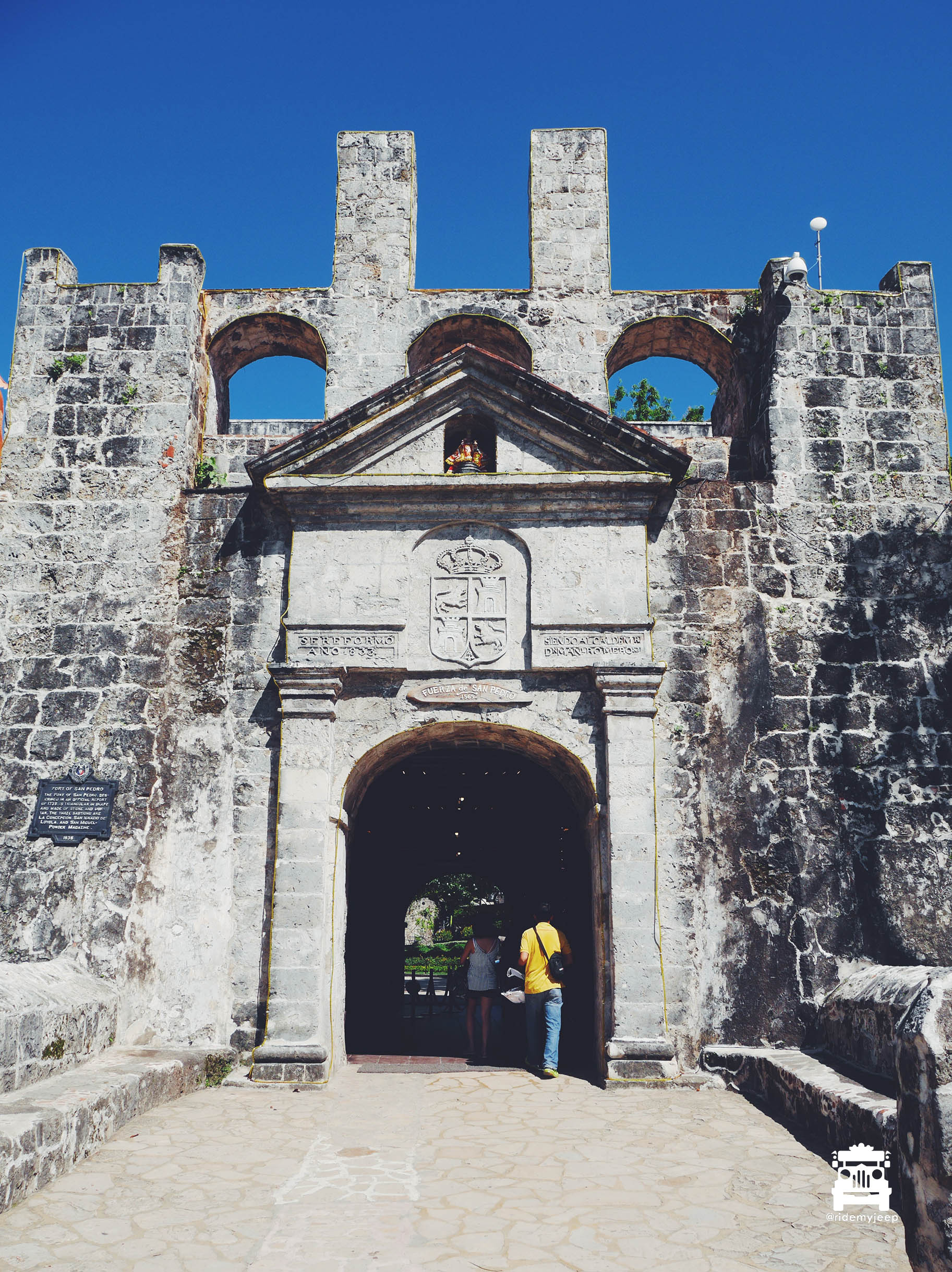 As soon as we entered I was mesmerised by the beautifully curated garden inside. The hedges that bordered the pathways were trimmed, the grass was vibrant green and the trees were lush, offering some shaded relief from the searing sun. Wifey, my mother-in-law and bub sat at a bench under a tree while I quickly roamed around the fort to take some photos. I discovered some steps that led me at the top of the fort which provided a decent view of the city and the water. A relic cannon still remained on its original post. At this point of my own mad-rushed tour of the fort, I was drenched in sweat and since I thought I had enough pictures of the place, it was time to go. 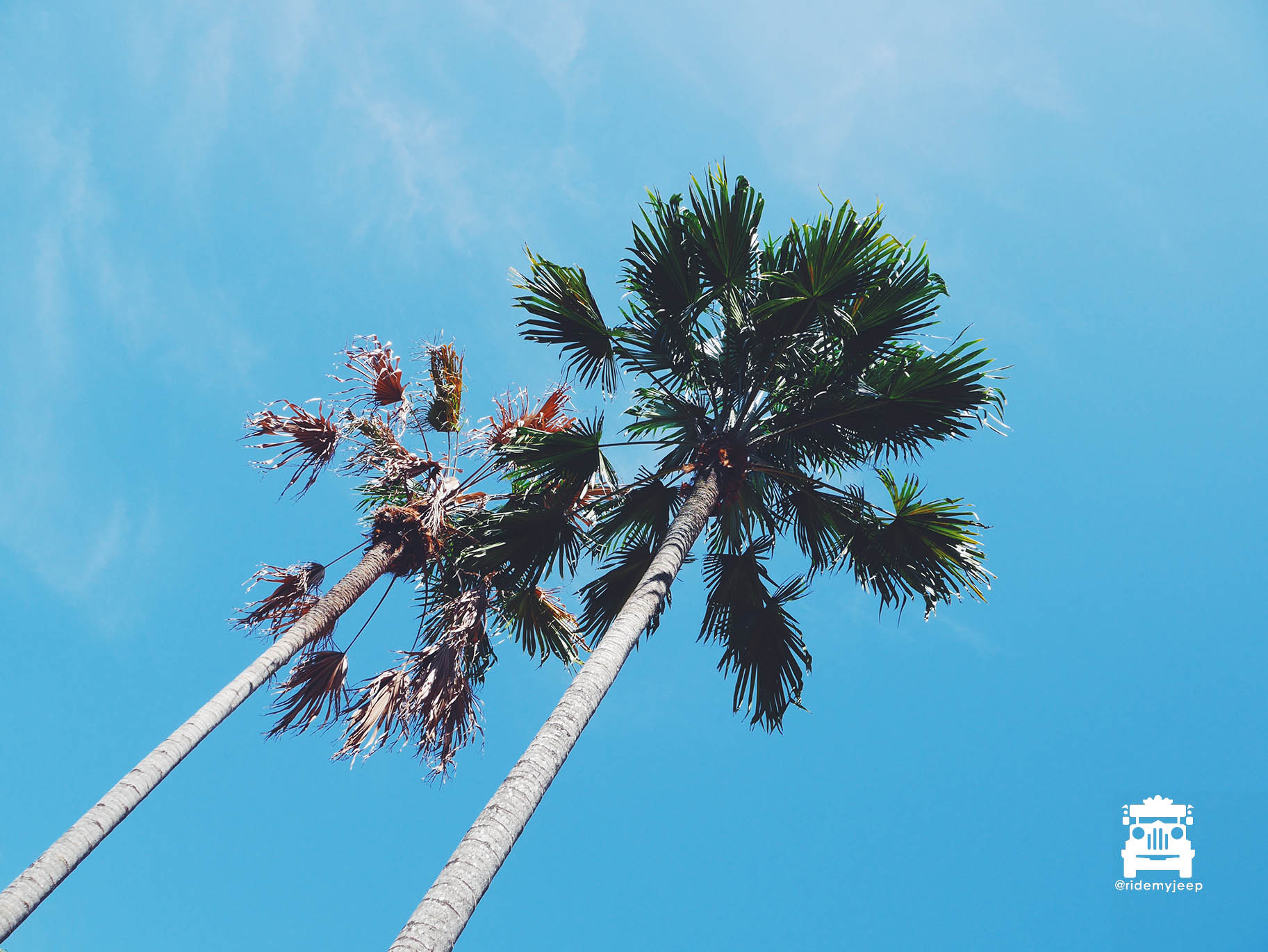 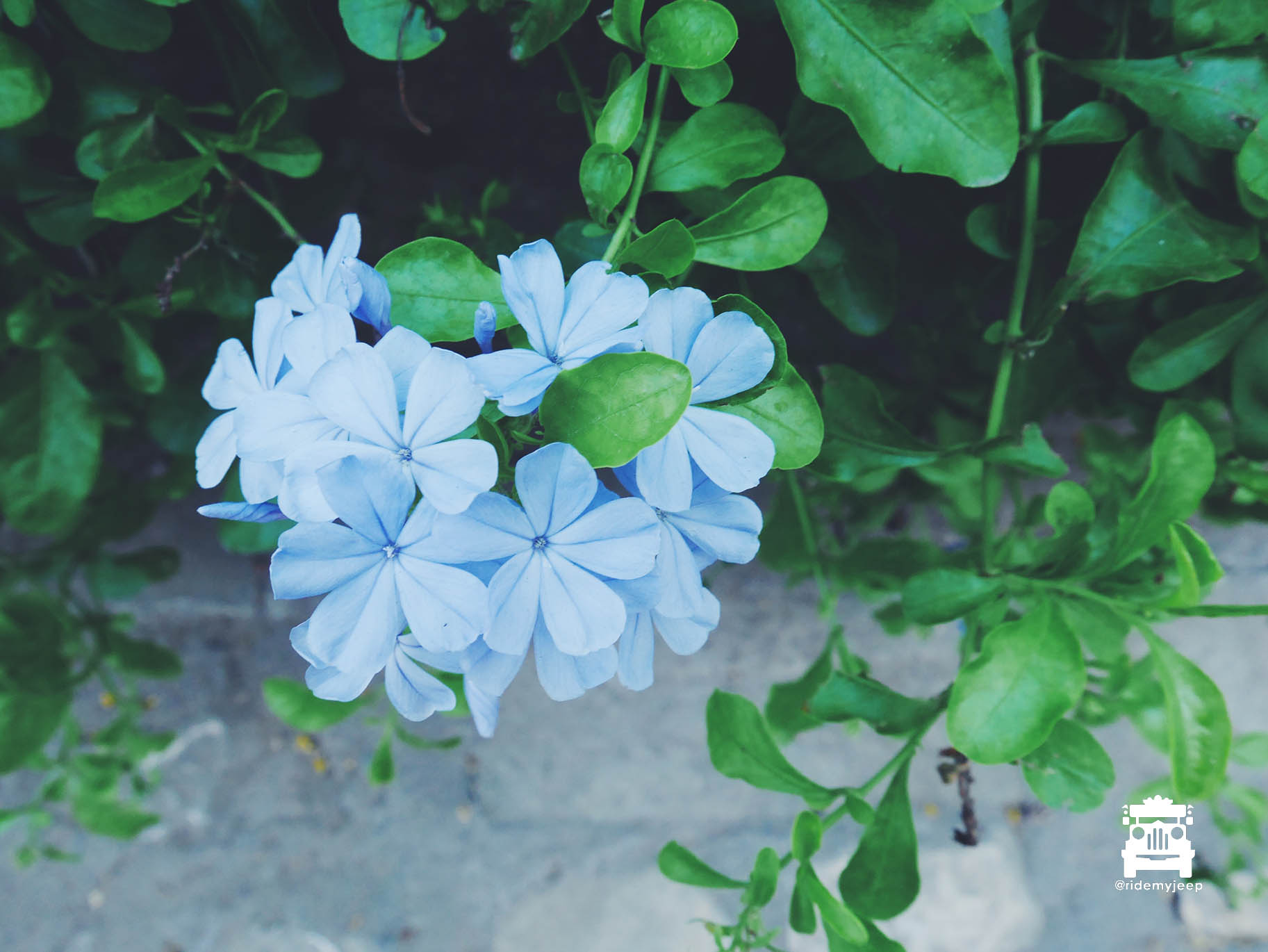 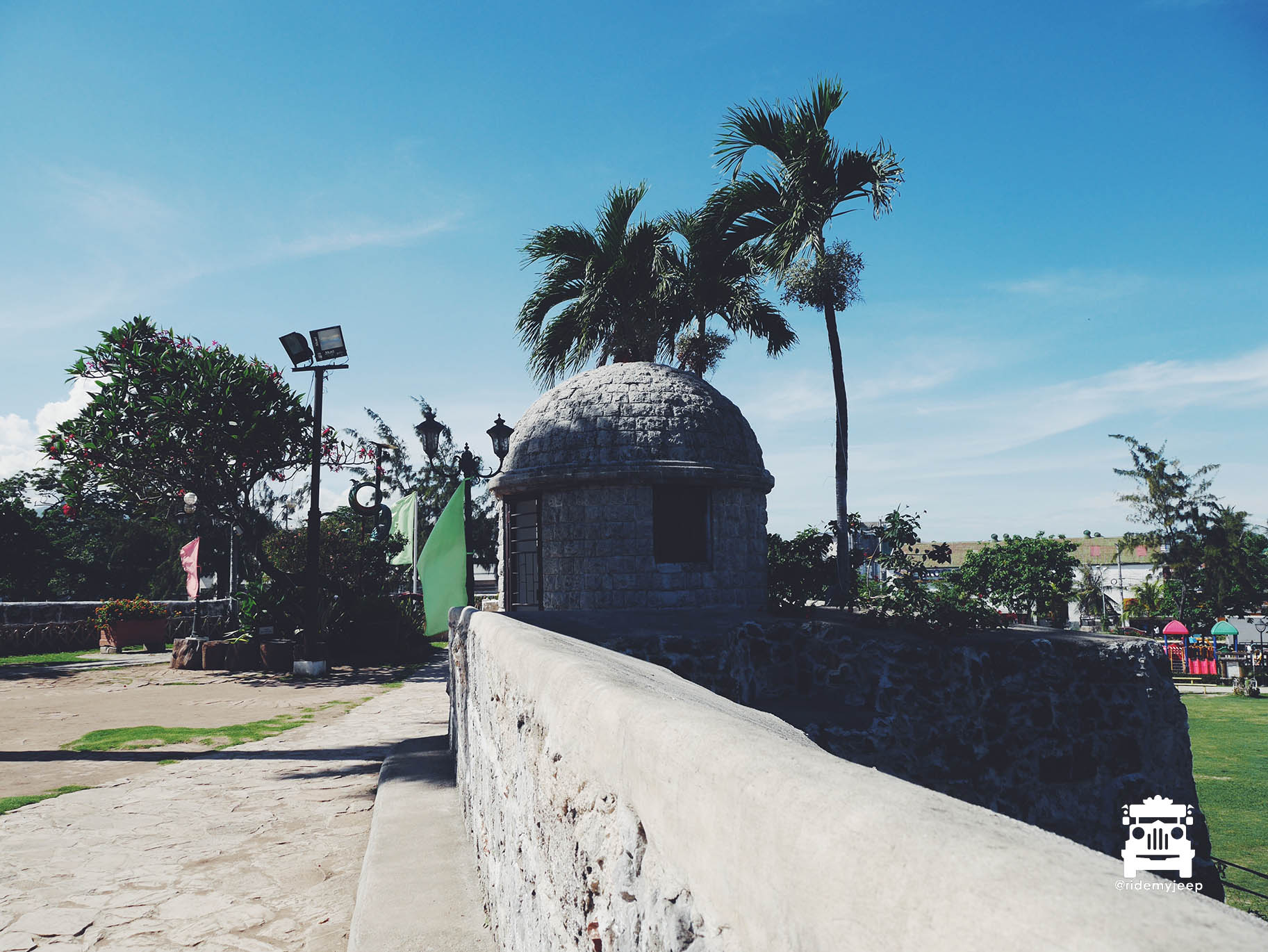 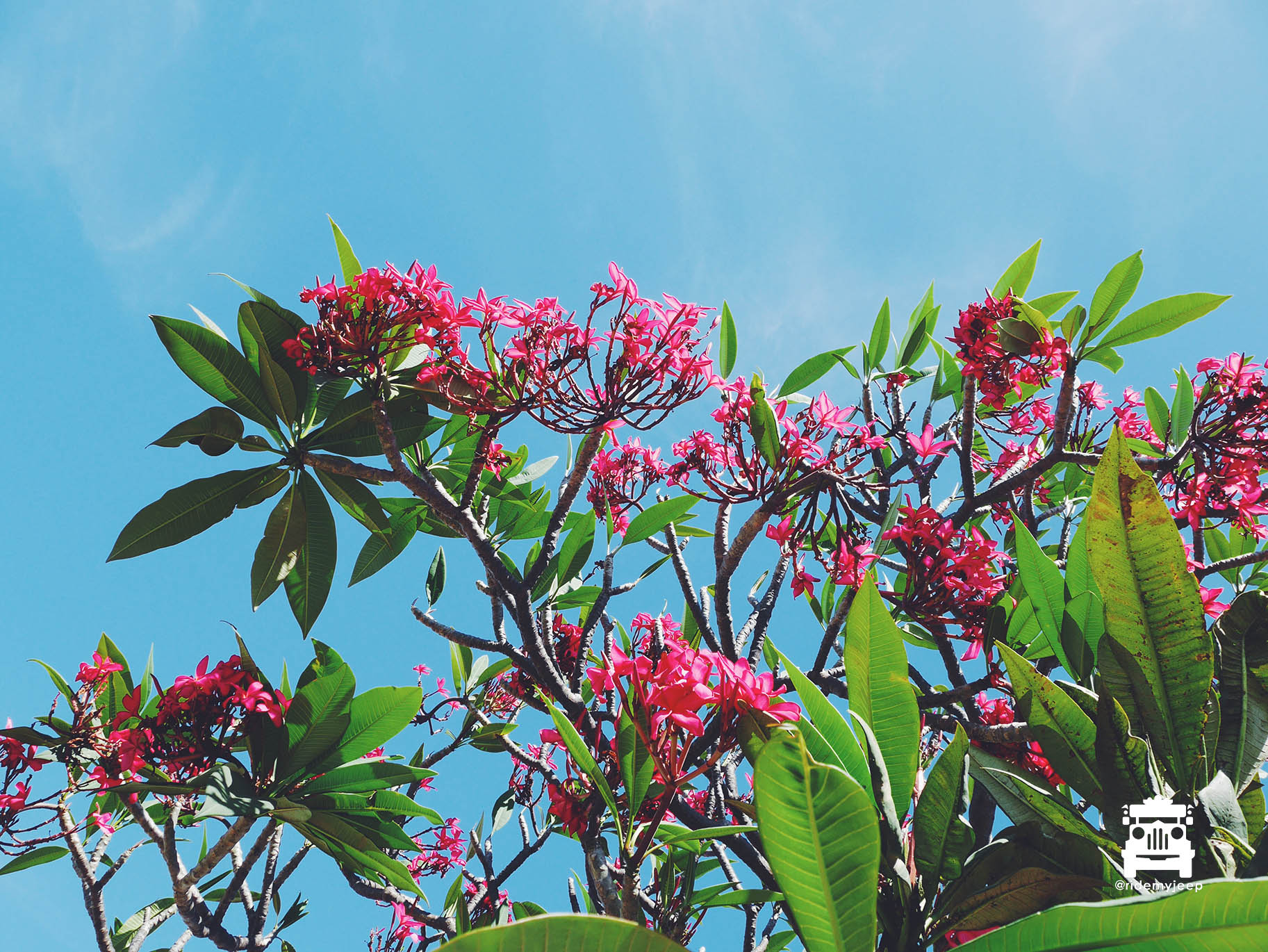 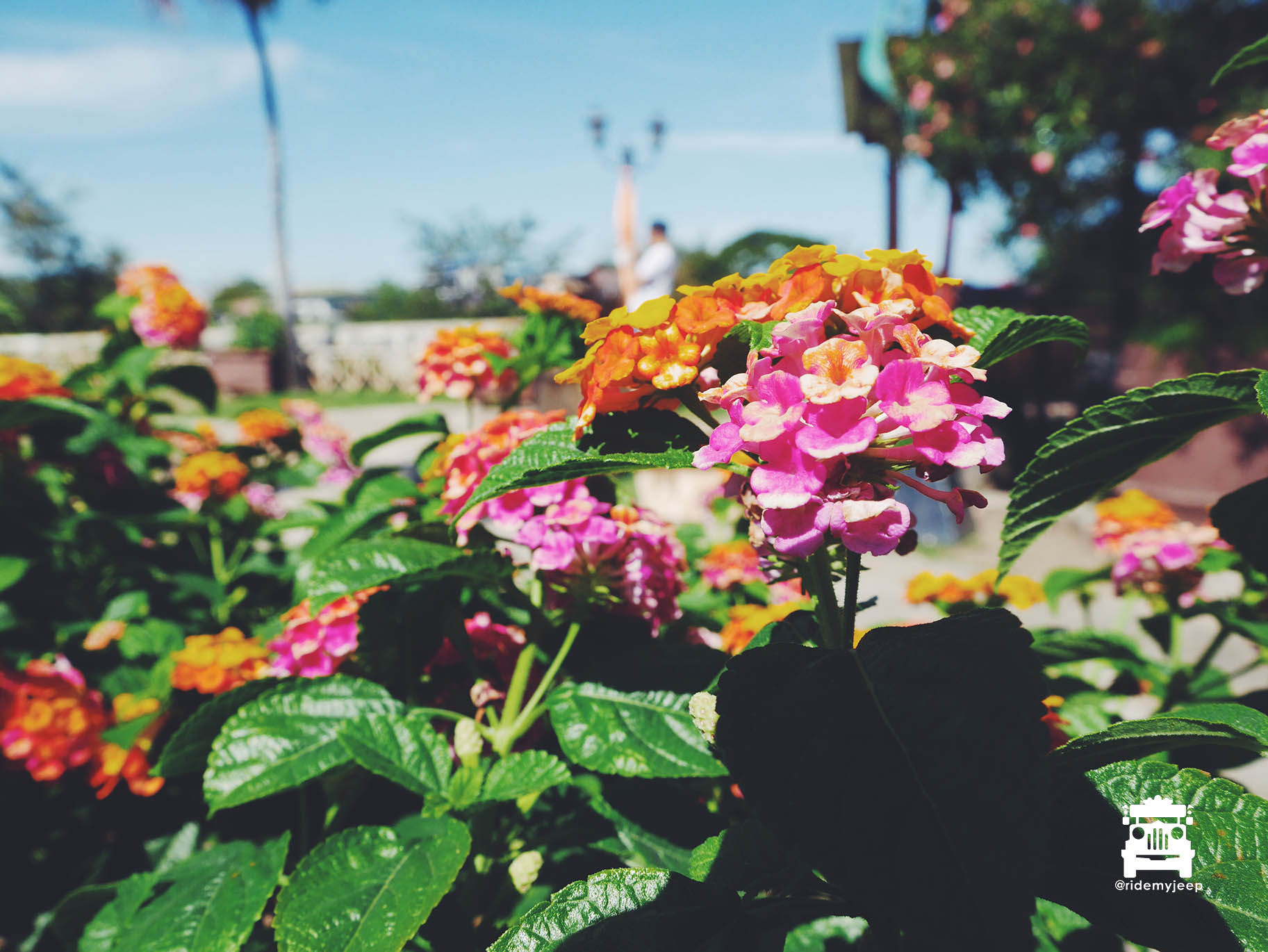 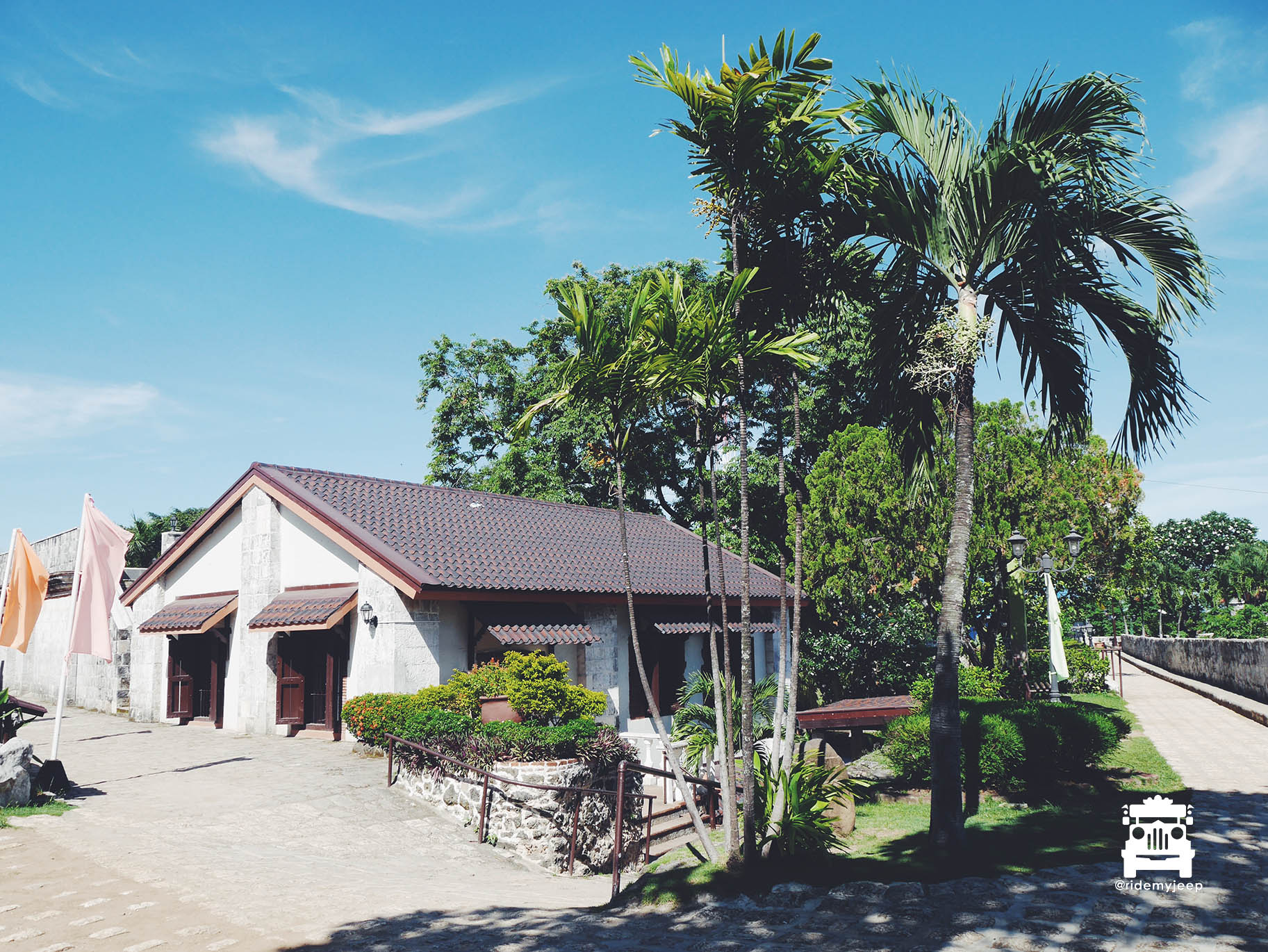 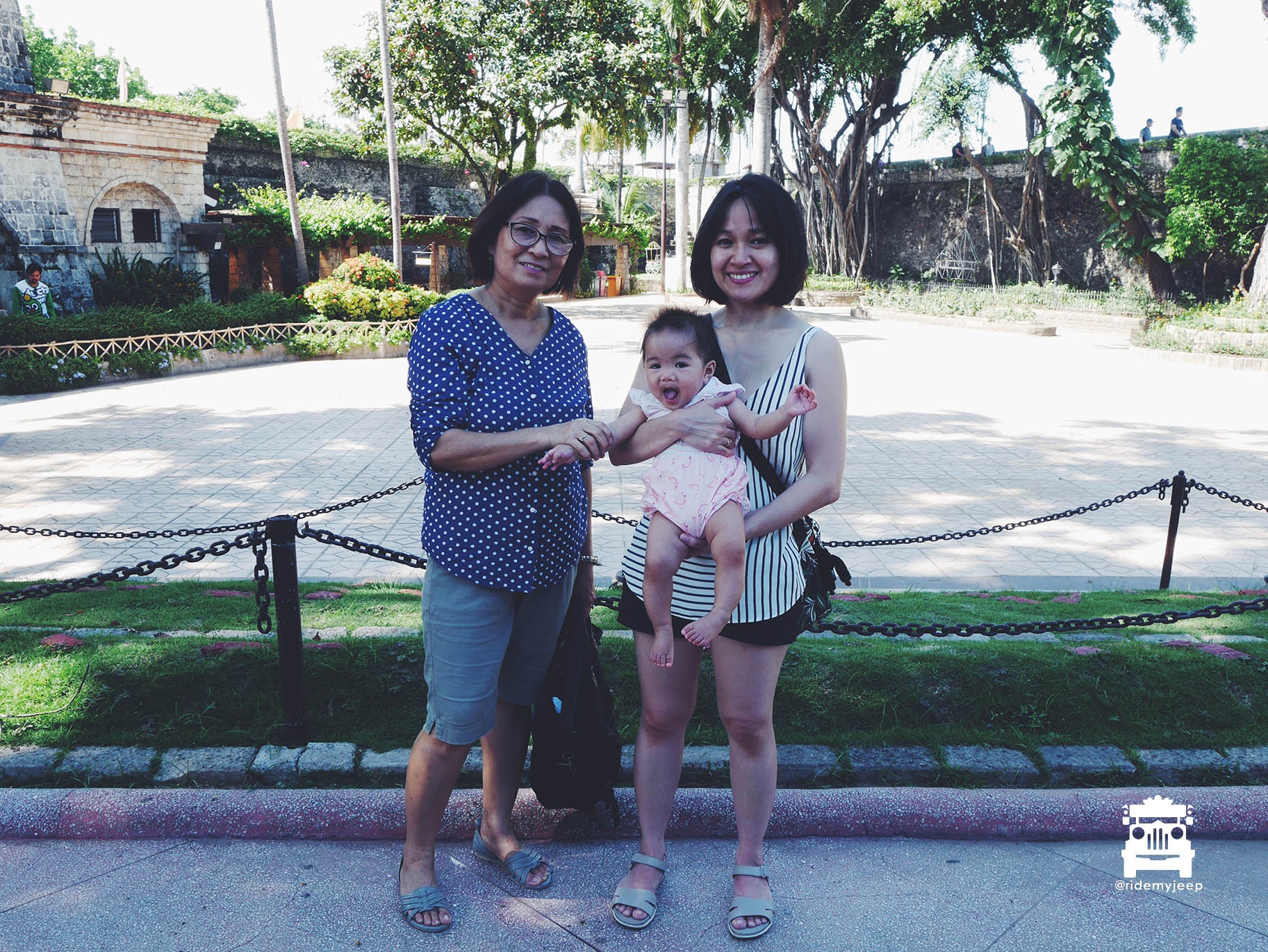 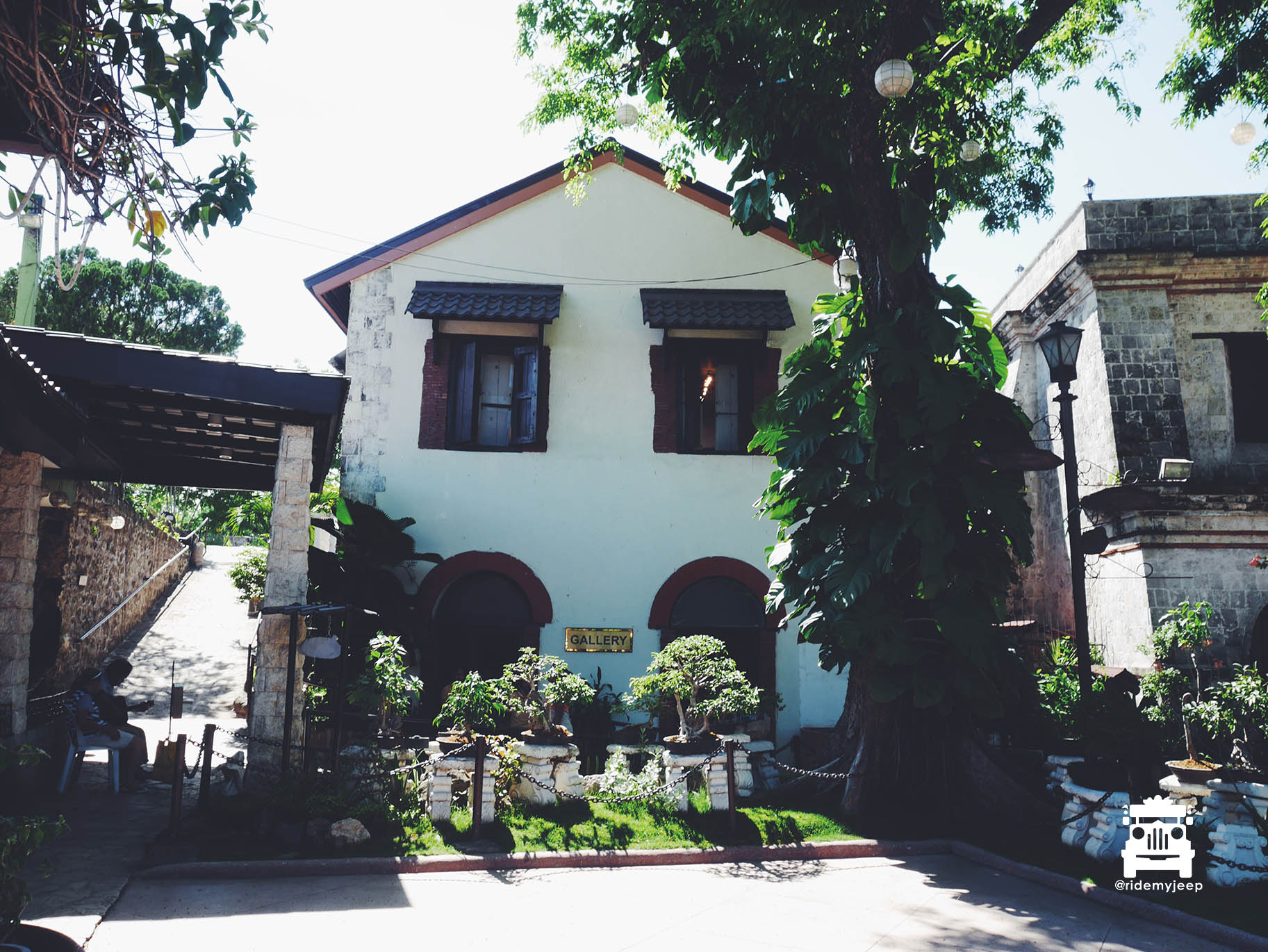 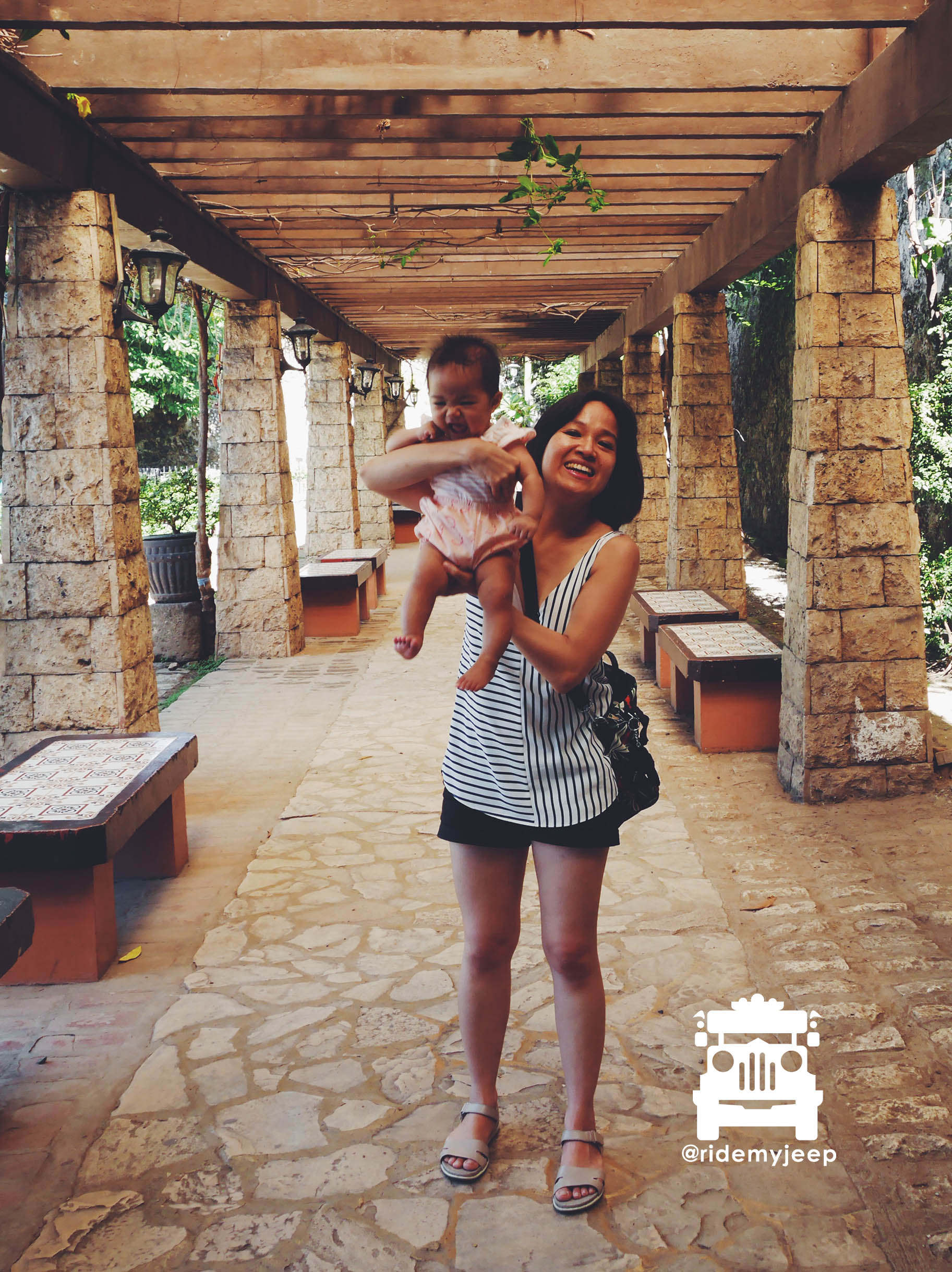 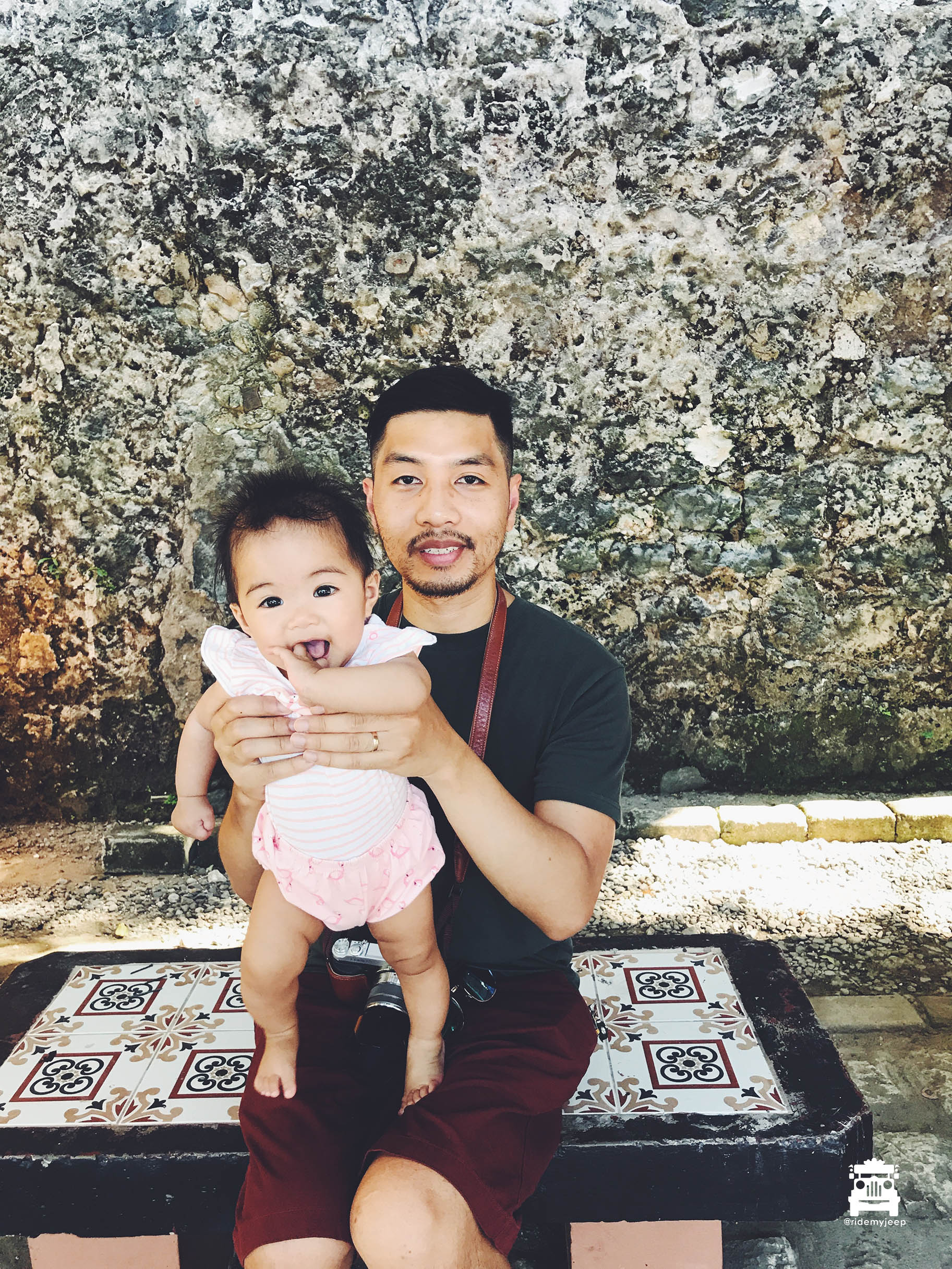 Travel tip: You must try Ayer Lechon when in Cebu.

Before returning home, we took a short detour to Wifey’s uncle’s lechon house- Ayer Lechon. Cebu is renowned for its delicious lechon (Spanish word for roasted suckling pig) and her uncle cooks one of the best. I got to see firsthand how the pig was roasted- over a bed of hot coals manually turned for even cooking. There were three pigs being roasted on our visit. The heat emanating from the roasting pit was immense.

Waiting for us at home was a freshly cooked lechon laid on banana leaf by the swimming pool. The crispy skin of the lechon glistened surrounded by rice parcels called puso (heart in English). The parcels were made from intricately woven coconut leaves and molded to diamond shape. There was also pork barbecue cooking on the grill.

We quickly changed into our swimming gear and headed straight to the pool to join wifey’s relatives already enjoying the cool water. It was bub’s first time in a pool. While she enjoyed her baths in a mini bathtub back home, this was another level of enjoyment for her. She splashed without a care in the world, so fascinated by the water. 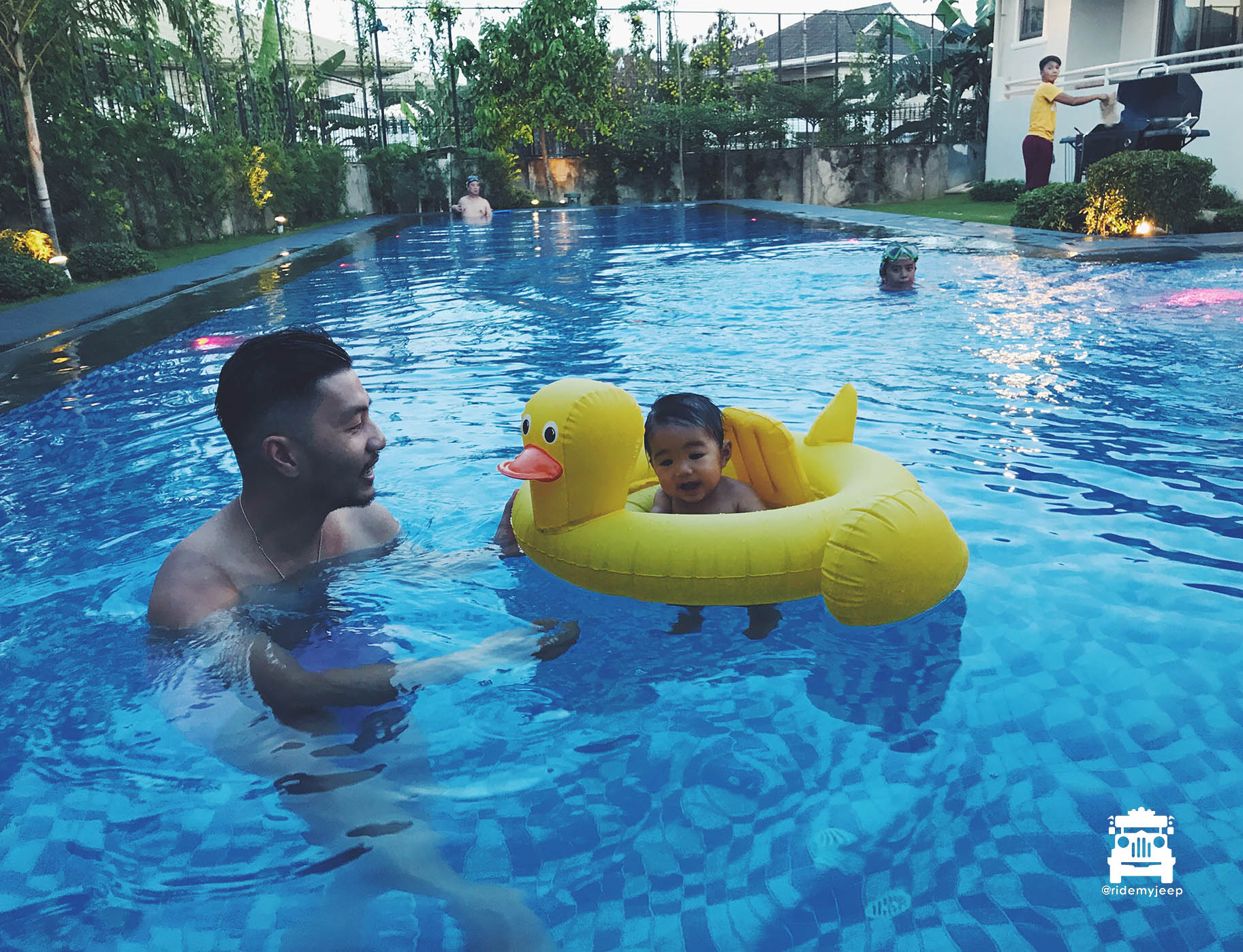 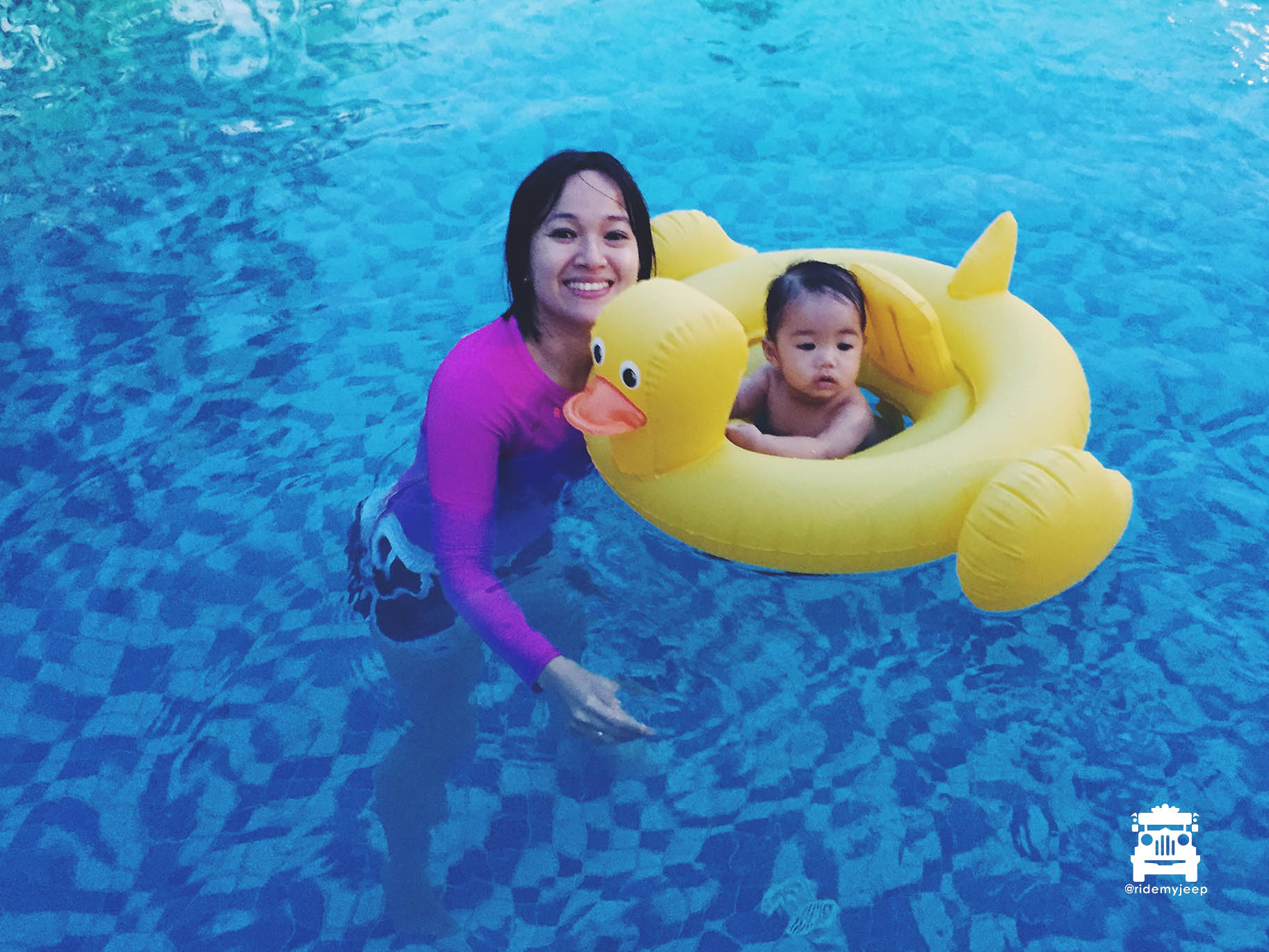 Dinner was shared on a long table by the pool. Dripping wet and hungry, with our bare hands clawed our way through the crispy skin of the lechon into the moist and succulent meat. It tasted heavenly, paired with the rice it was the perfect meal to end a day in Cebu.