Left Montecatini early in the morning and off we went to our next destination which was Pisa. The Leaning Tower of Pisa was one of the attractions on our trip that I was really excited about as I’d known about it since I was in grade 5 in Italian class (yes, I would always choose Italian as a foreign language to learn in school).

We were quite happy being early at Pisa since there weren’t that many tourists yet, plus we thought pickpockets would had been still sleeping around that time ;). The souvenirs shops were actually still opening their stalls when we arrived. The Tower of Pisa stood within the Piazza del Duomo, next to the Pisa Cathedral which clearly was overshadowed by the leaning structure, well… nobody tried to pretend to push it or lean against it in pictures. According to history (wikipedia) the tower started leaning during construction due to poor foundation on ground that was too soft to support the weight of the tower. You were able to climb the tower since it had been restored, a number of people at a time could climb up, you had to pay of course. Wifey and I didn’t climb the tower since we didn’t really have much time there and so we used our time to get the perfect ‘tourist’ shot of us pretending to touch the tower :). It took many times since we were using a selfie stick and both of us had to pose precisely. Glad no one was taking photos of us attempting to take these photos. I however took some photos of the people doing so :D. 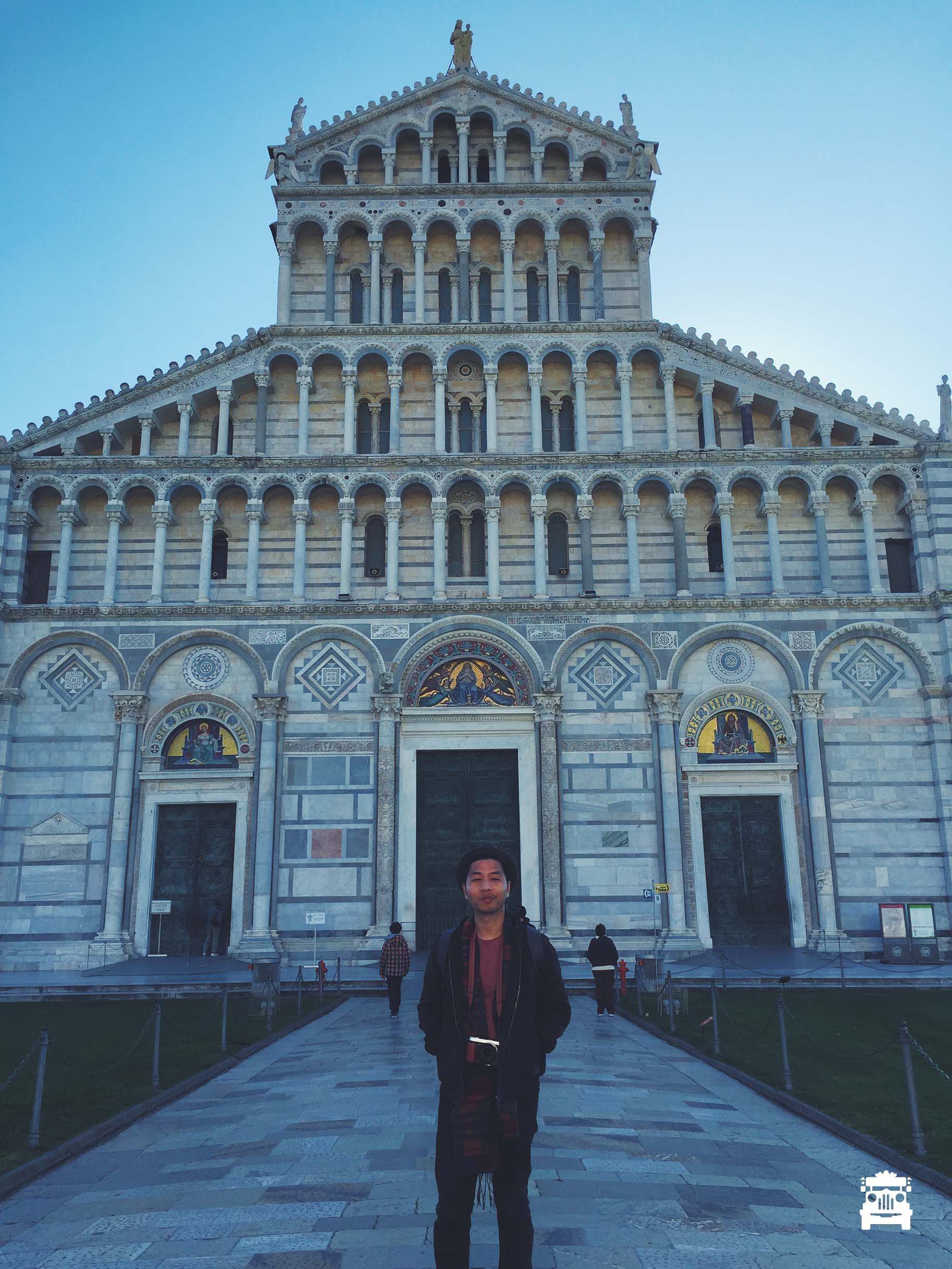 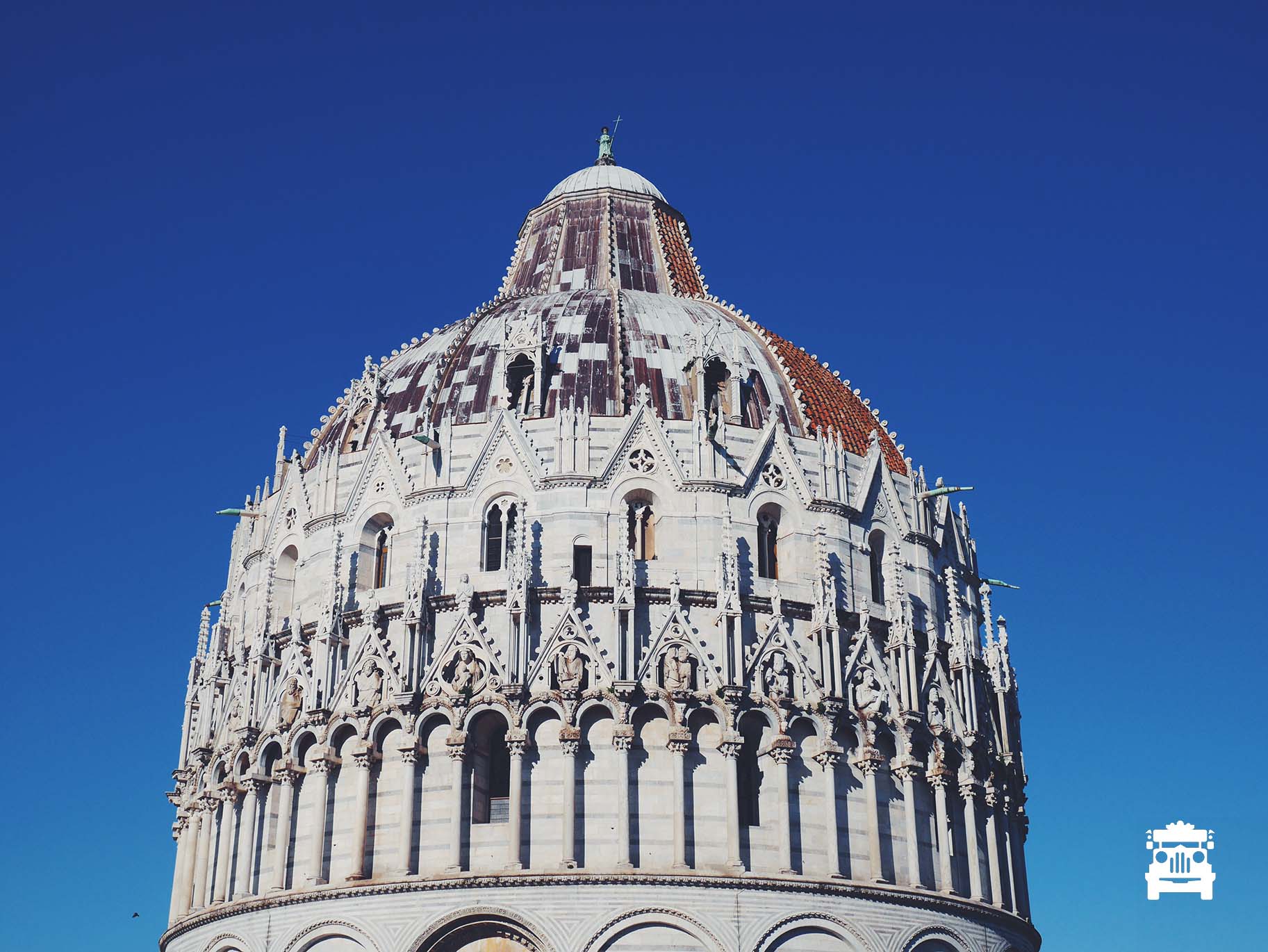 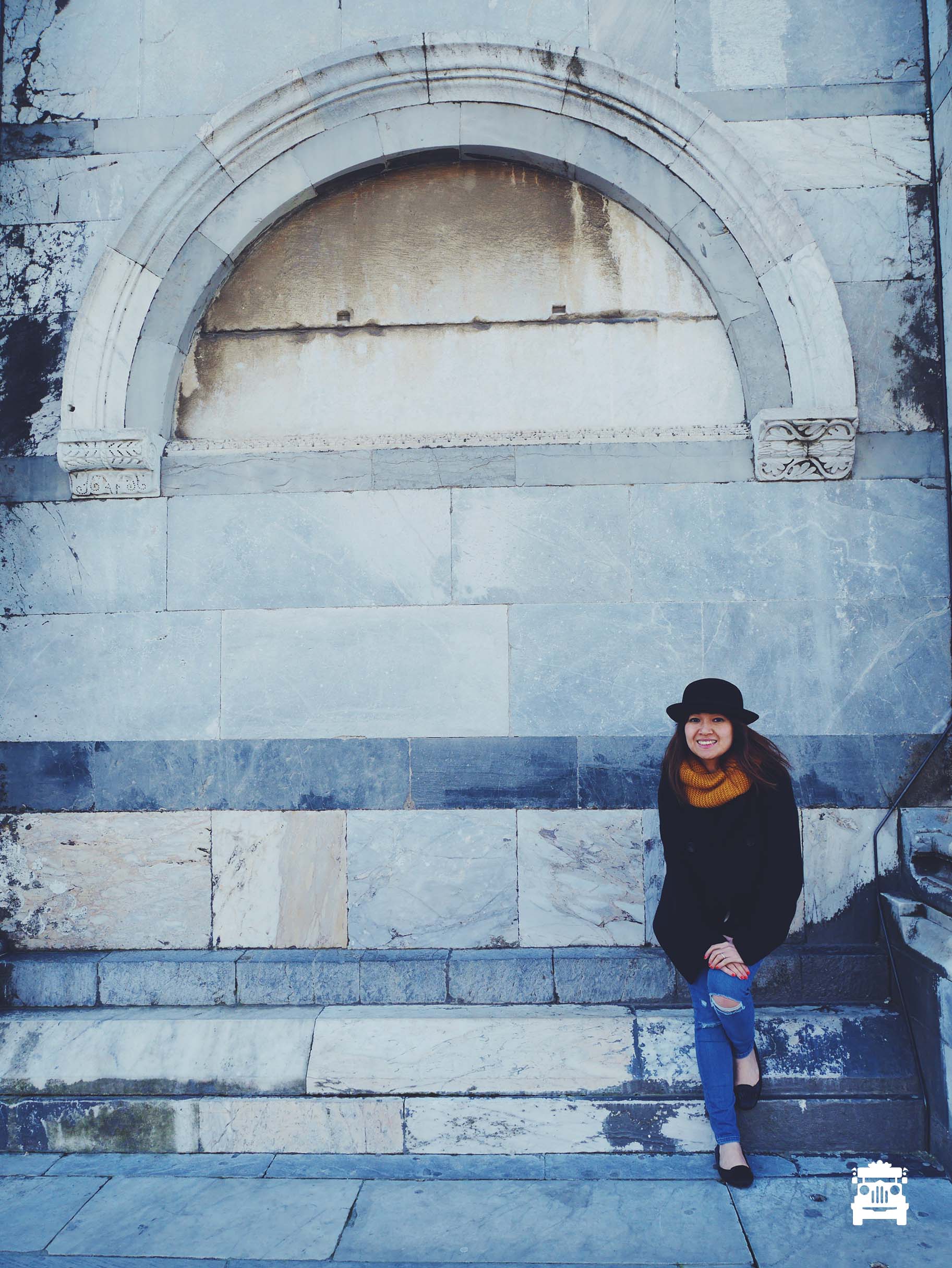 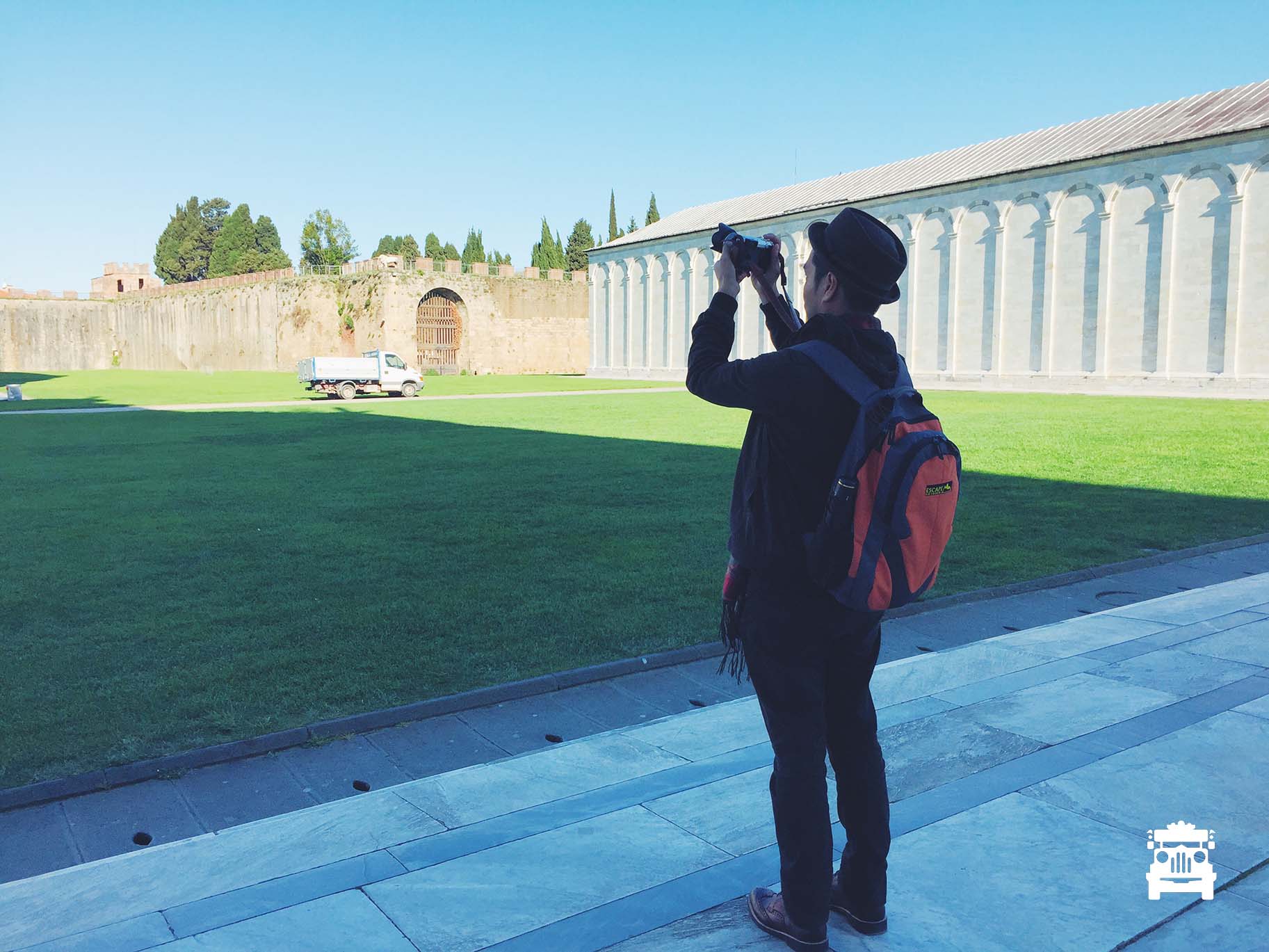 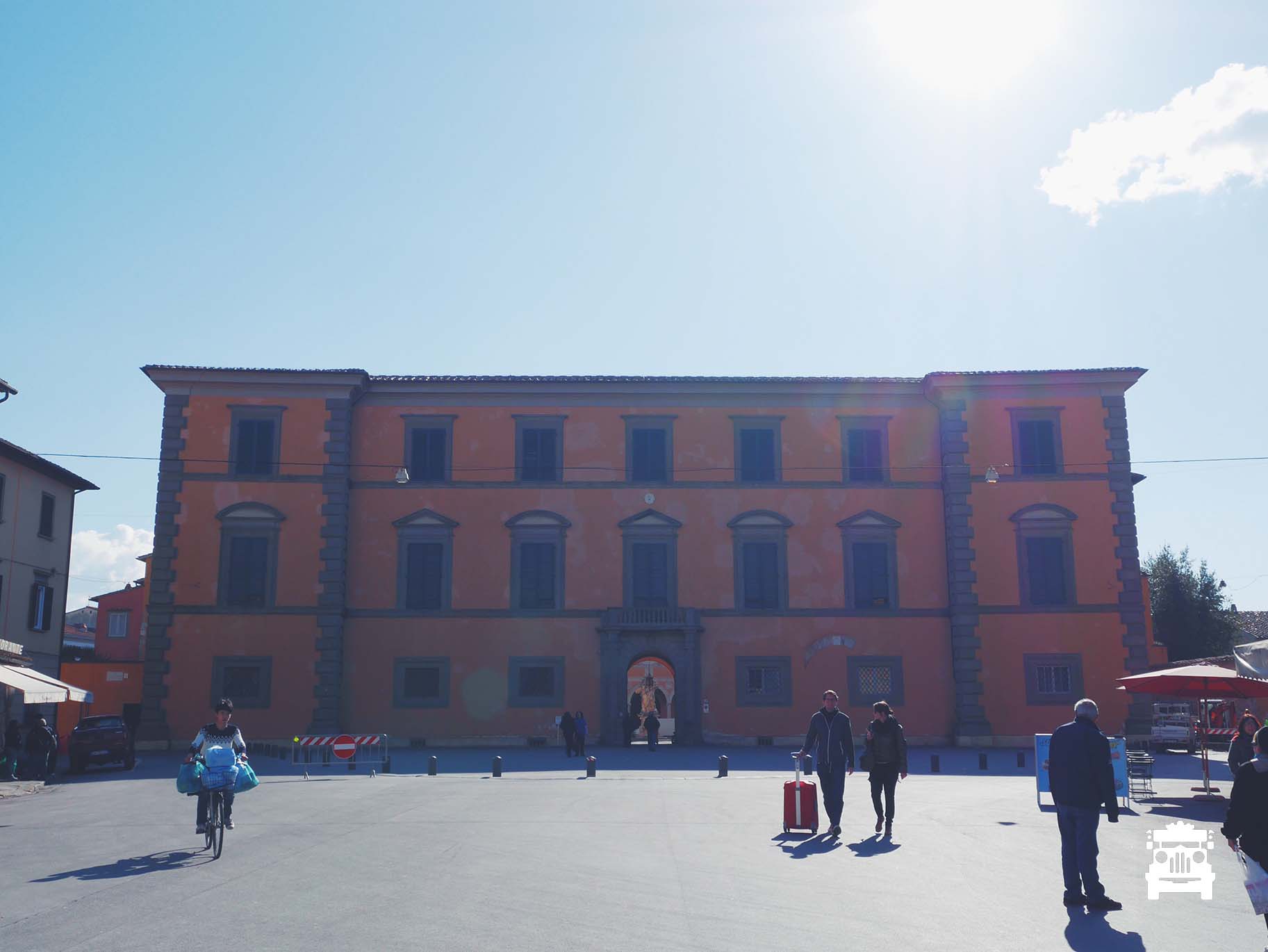 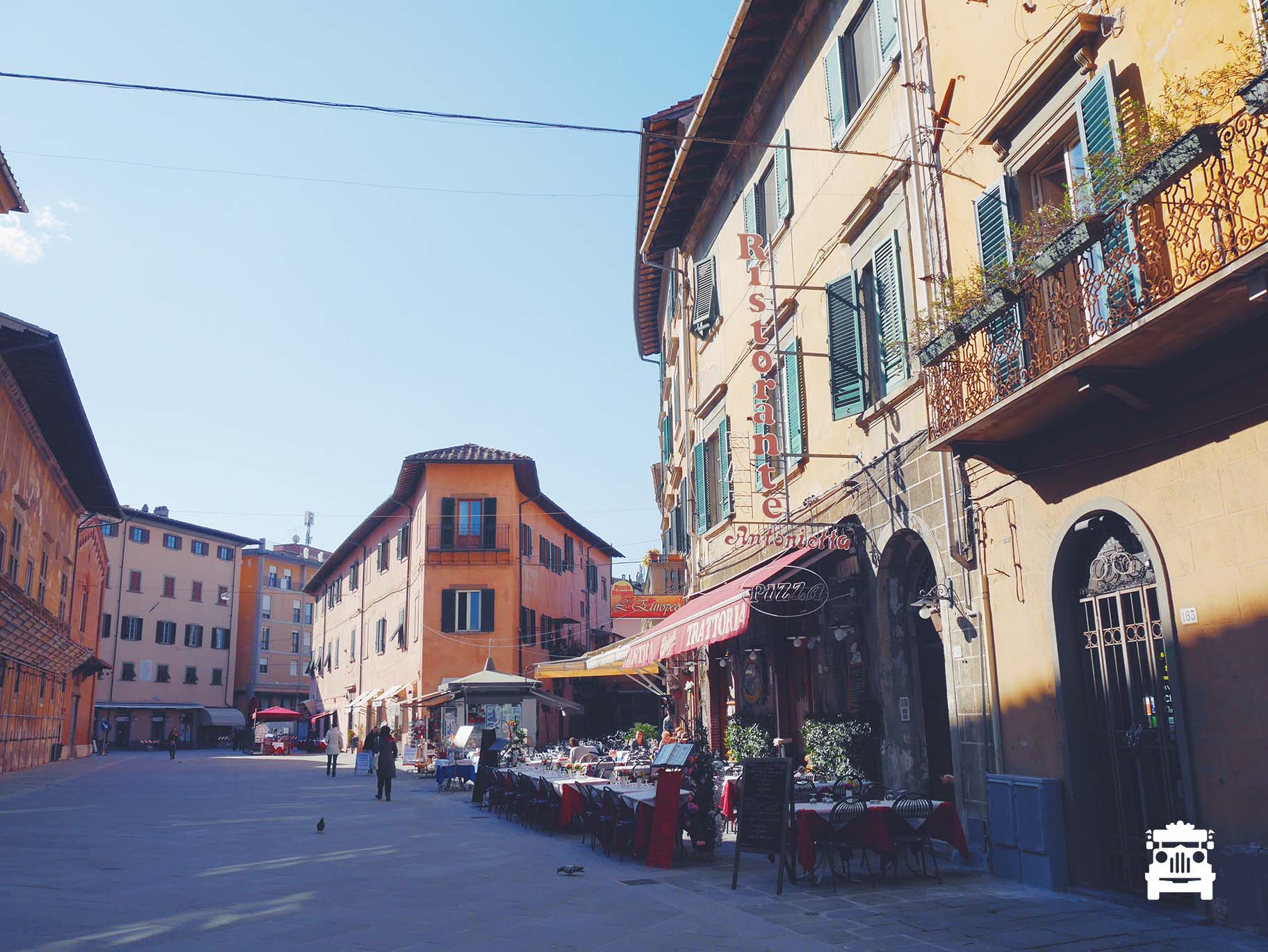 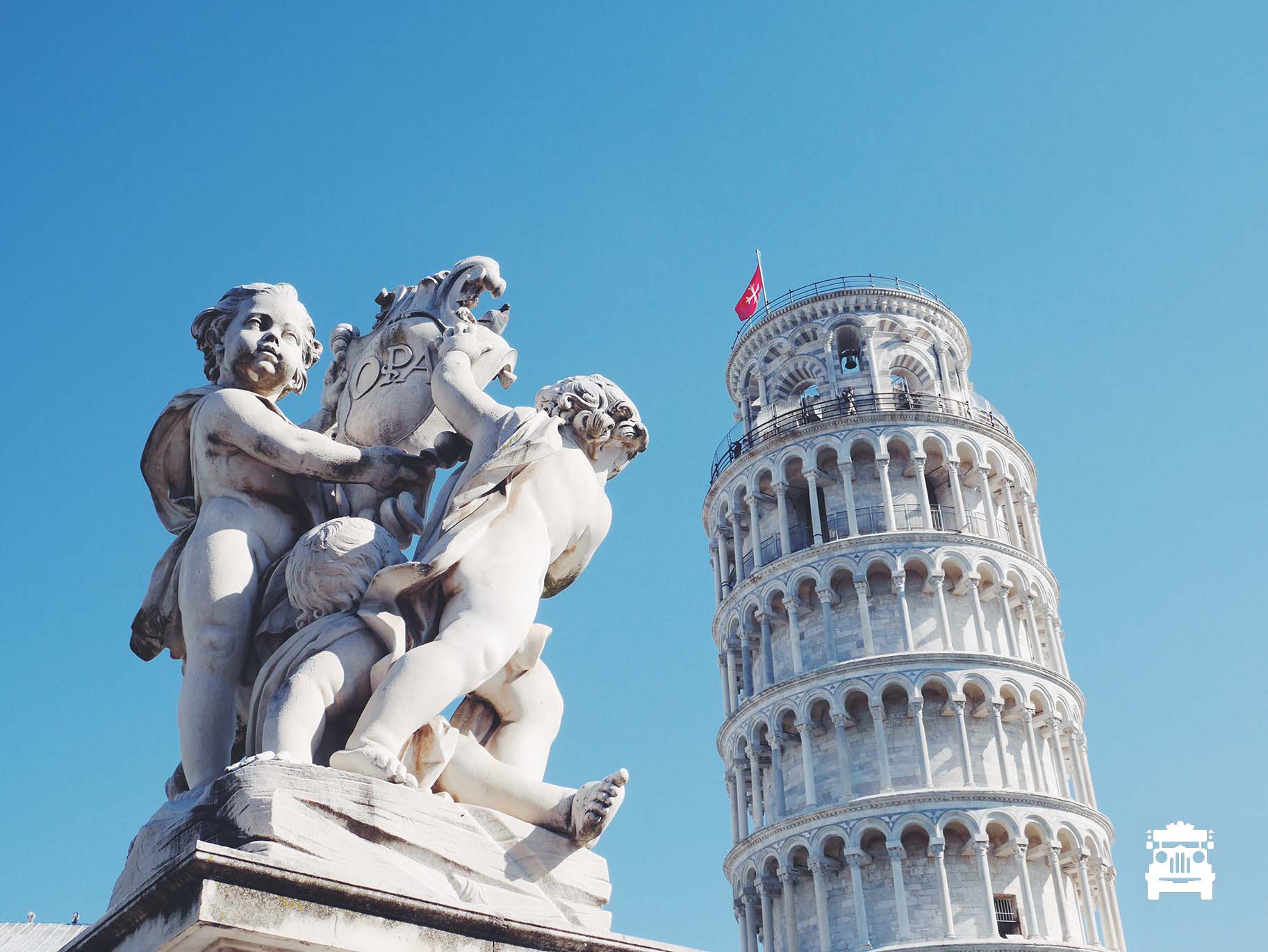 Apart from the Cathedral, we didn’t really get to see much of Pisa. We bought some souvenirs, got my dad a Pisa shirt and fridge magnet. Then we were off to Milan. It was a 3 hour long drive and so we stopped once at an Autogrill, had some lunch, it was probably the nicest pasta we’ve had so far in Italy.

We reached Milan around 2:30pm and we were dropped off at the city centre. We walked through Galleria Vittorio Emanuele II, one of the world’s oldest shopping malls, the architecture of this building was amazing. The stores within were quite posh, we were in one of the fashion capitals of the world and so it was quite fitting for us (just the Wifey) to do some retail therapy, well… not at this mall anyway, there were plenty of shops outside :). The Duomo di Milano was right next to the mall. It reminded us of the Basilica di Santa Croce in Florence, much bigger (5th in the world, biggest in Italy) and the design was more intricate. It was free to walk in but we had to go through security. Hats were not allowed inside and so I had to take mine off revealing my ‘hat hair’ beneath it. The interior was even more intricate than the outside of the cathedral. The stained glass windows were beautiful. 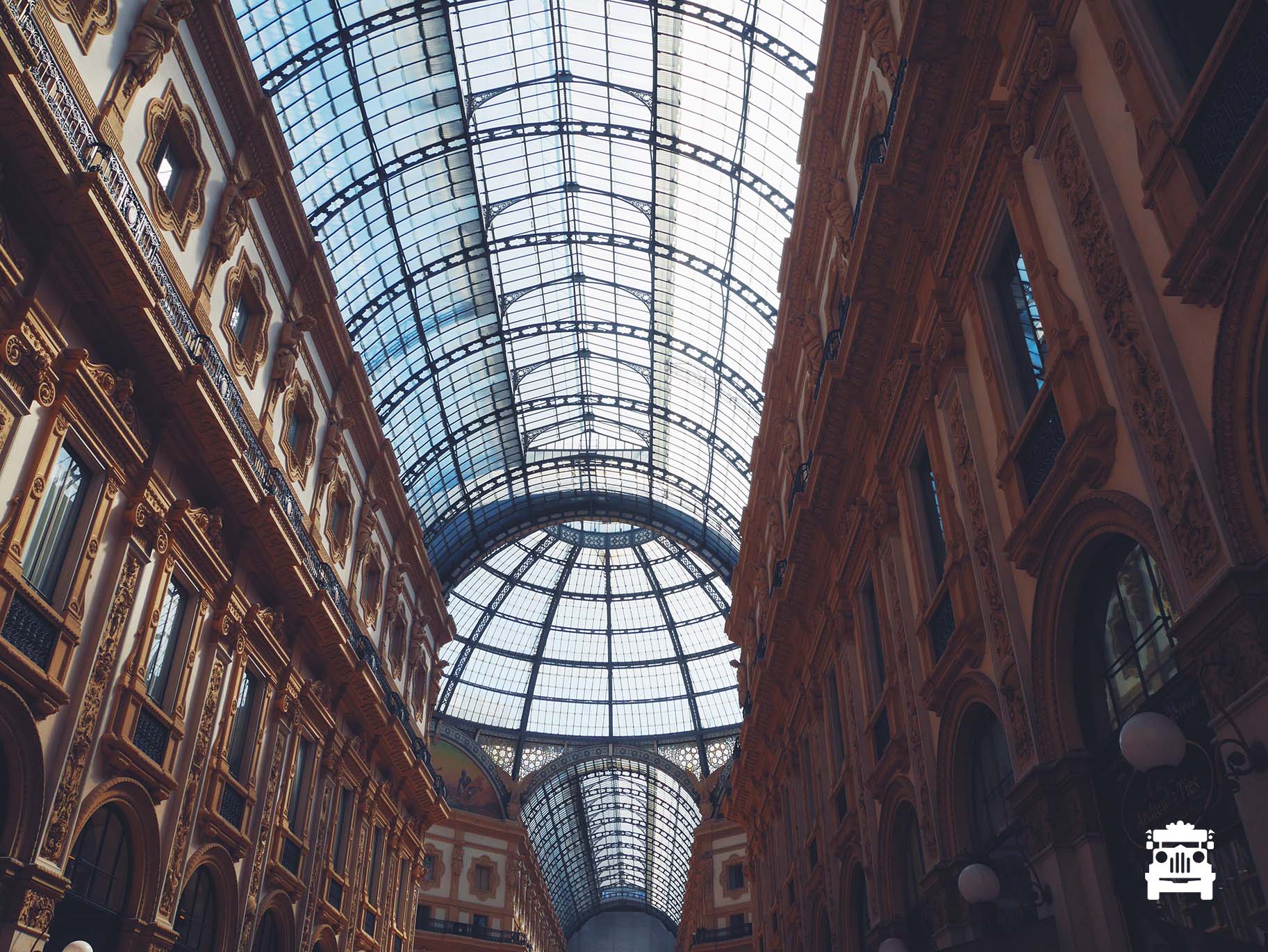 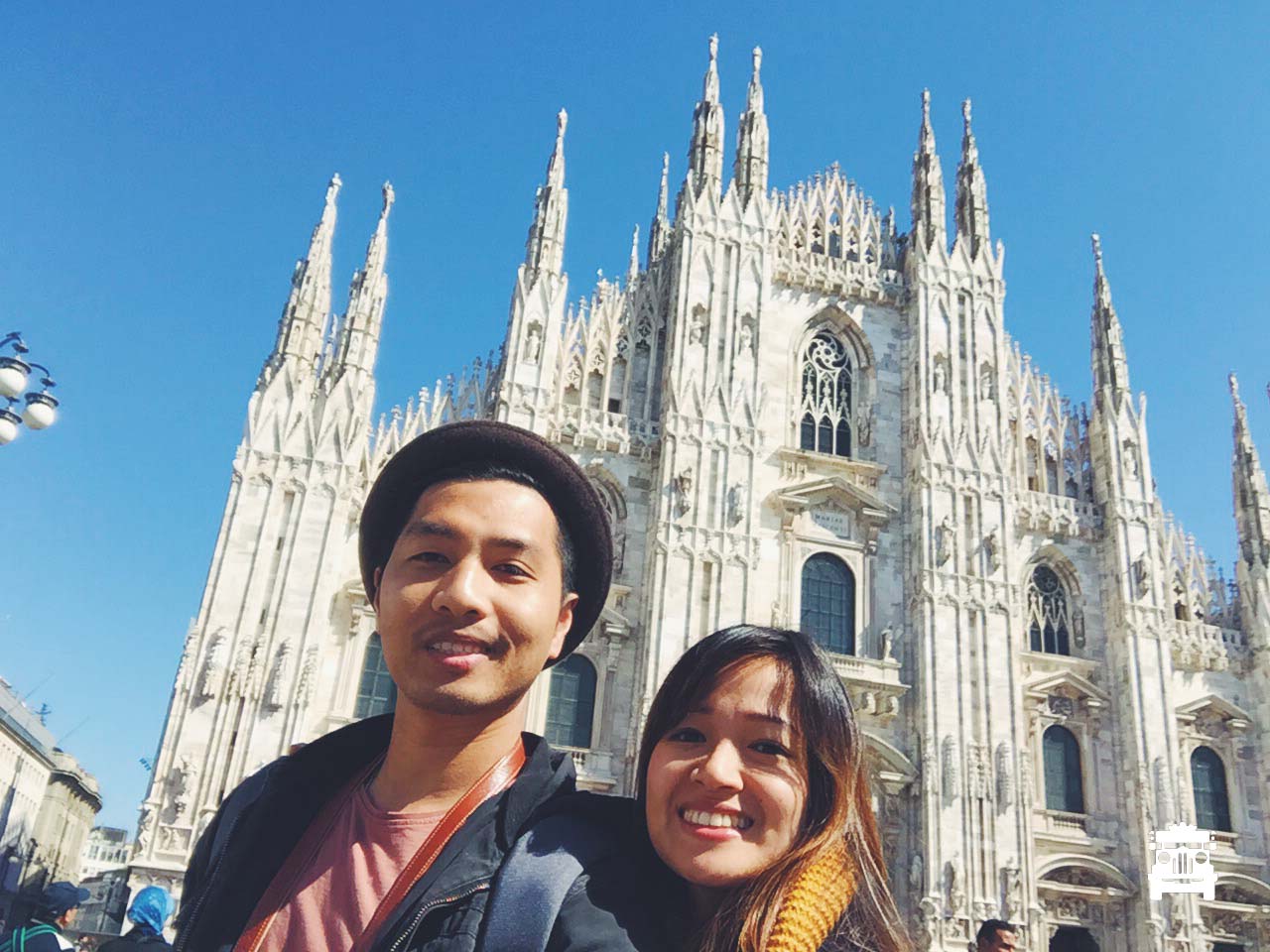 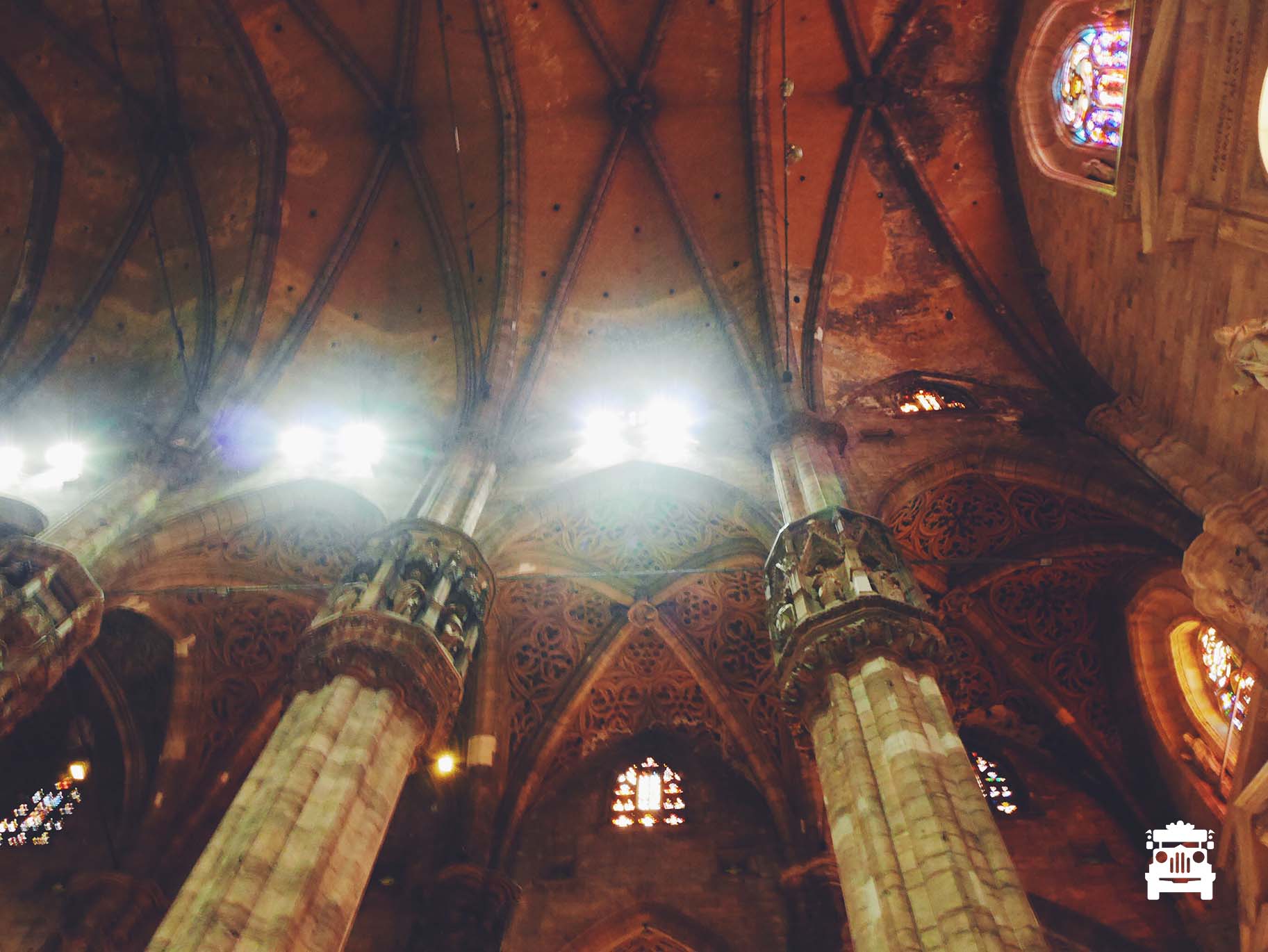 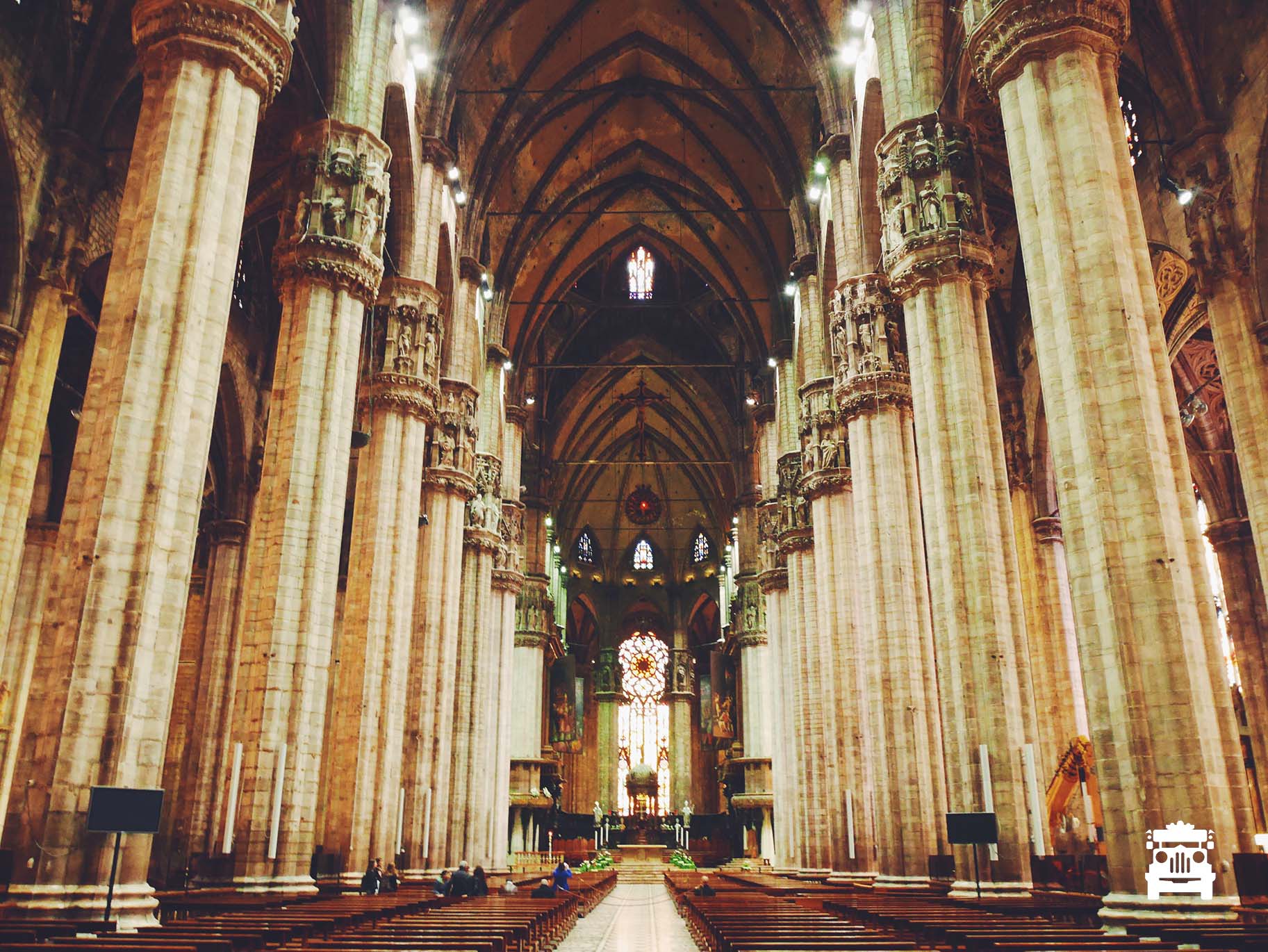 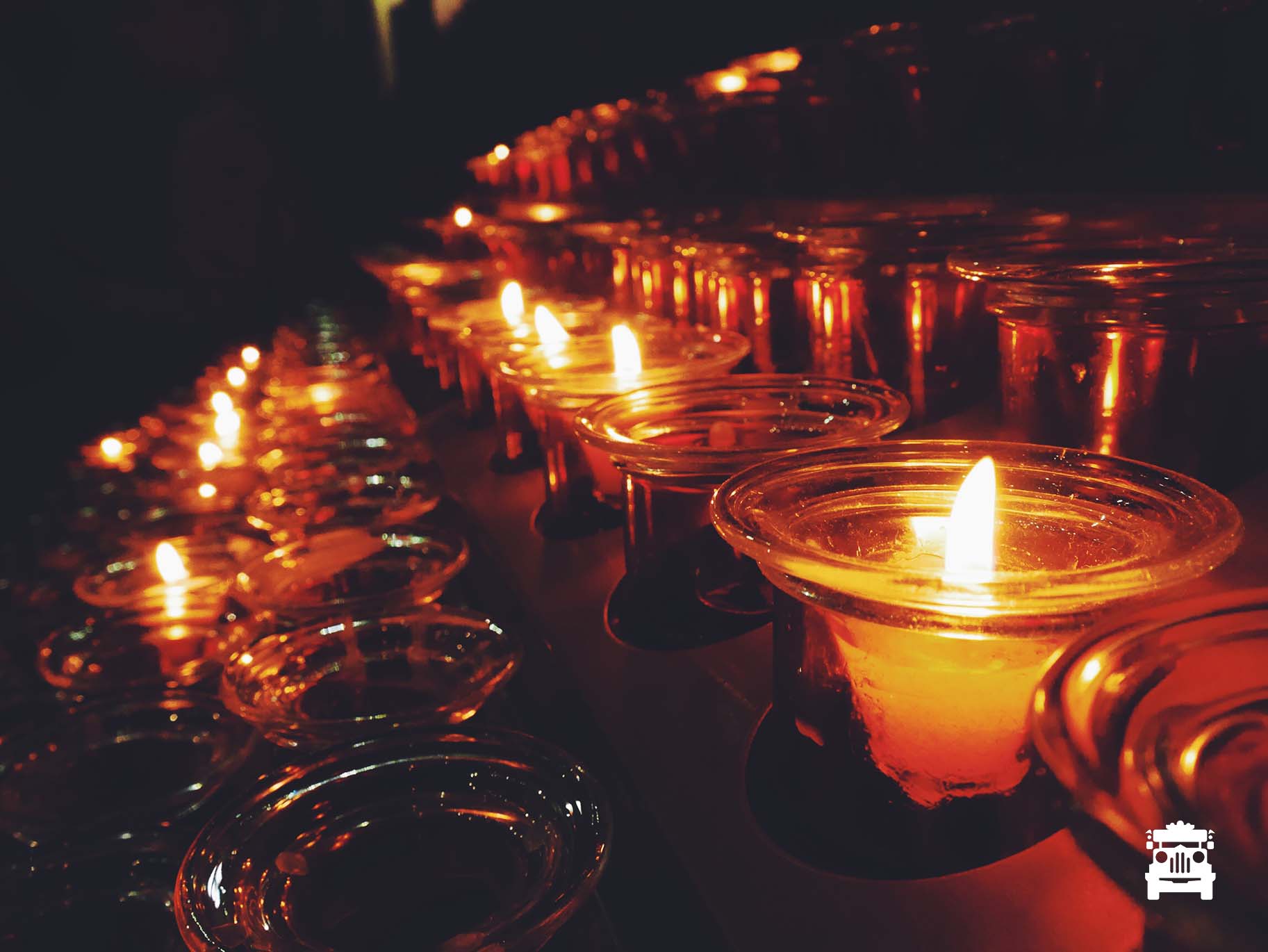 Wifey and I walked along the streets of Milan. She bought a few items of clothing and a pair of sunglasses. I did’t really see anything I liked, was just happy to walk around and take photos of the city. 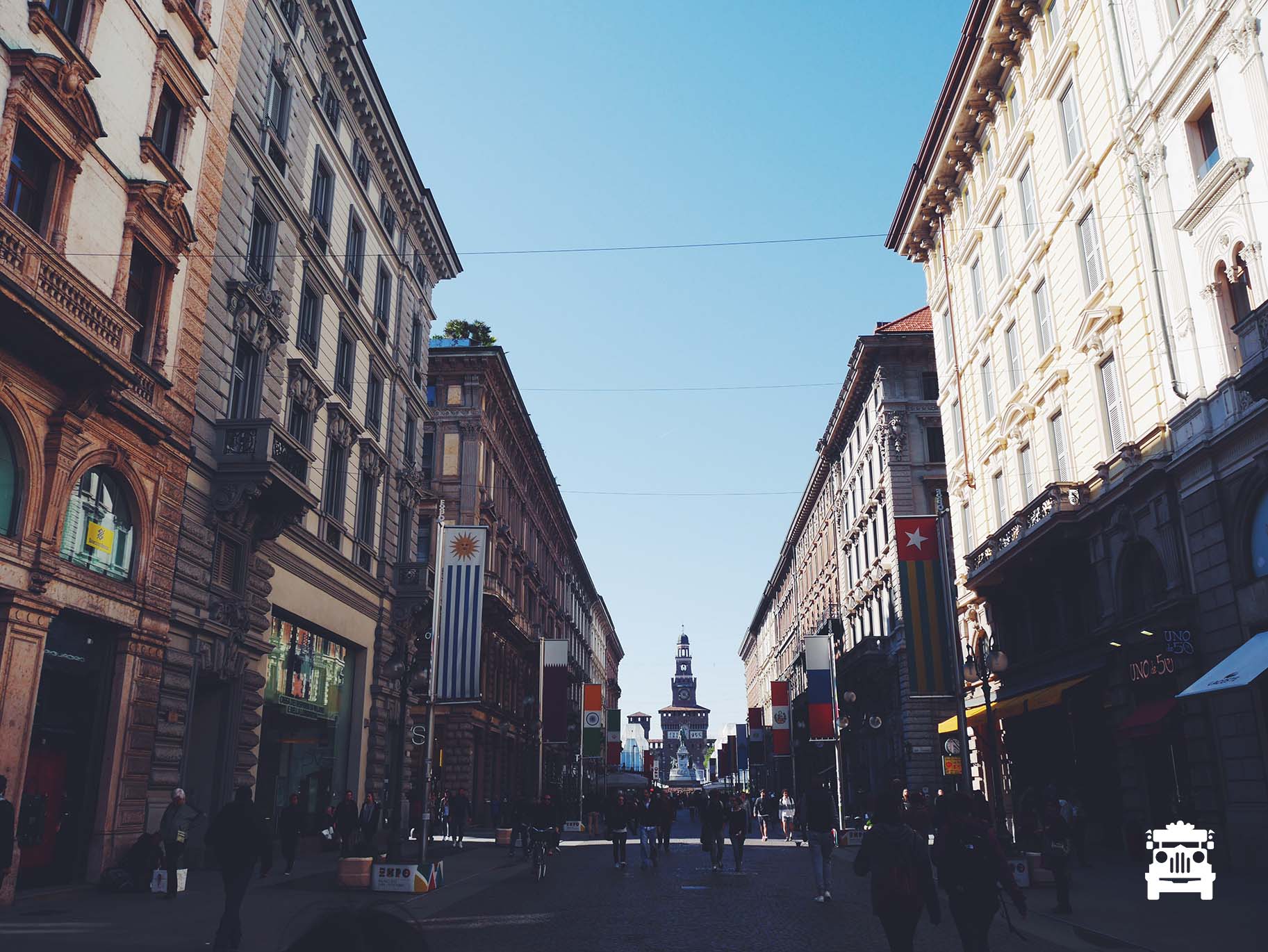 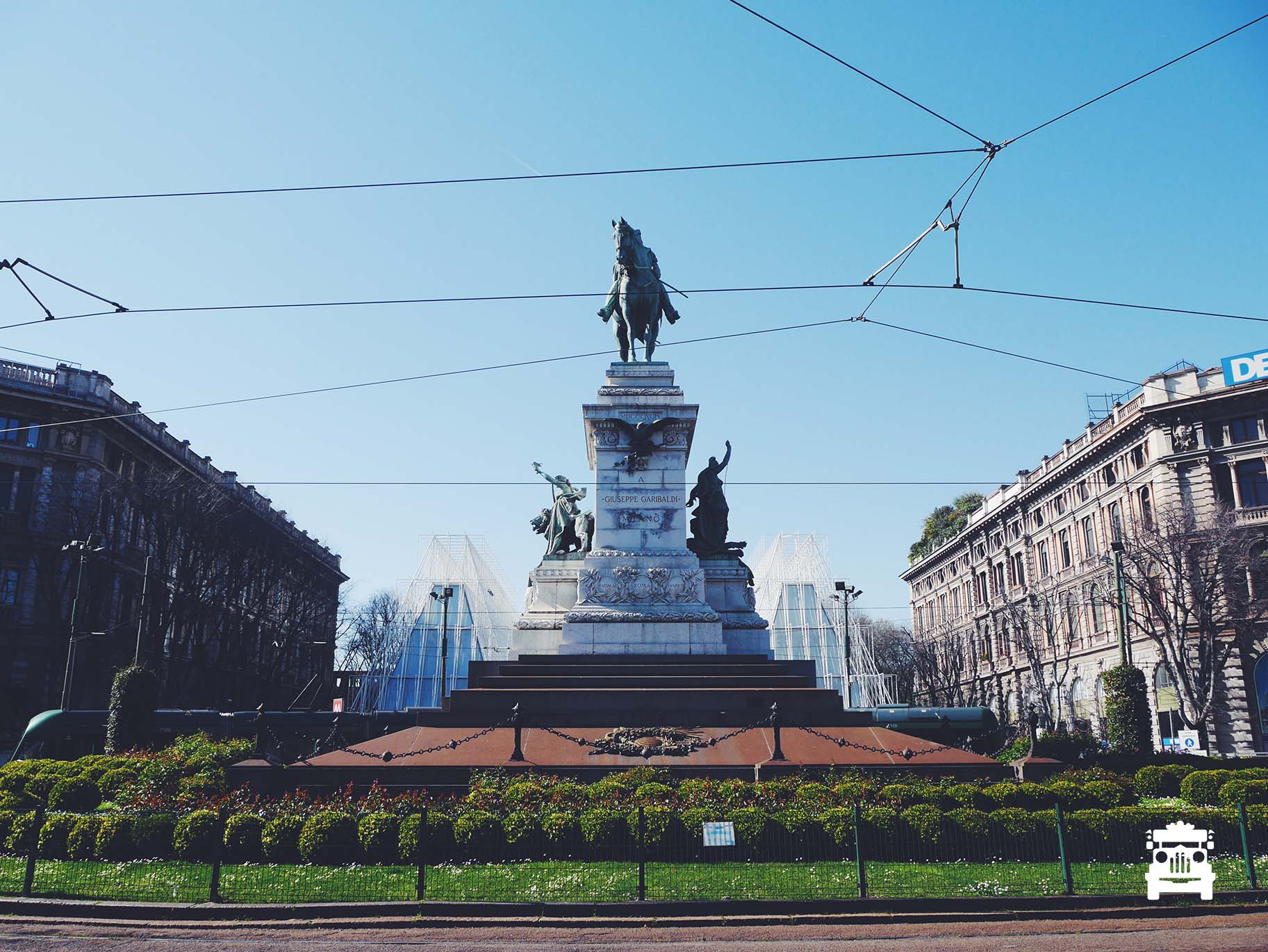 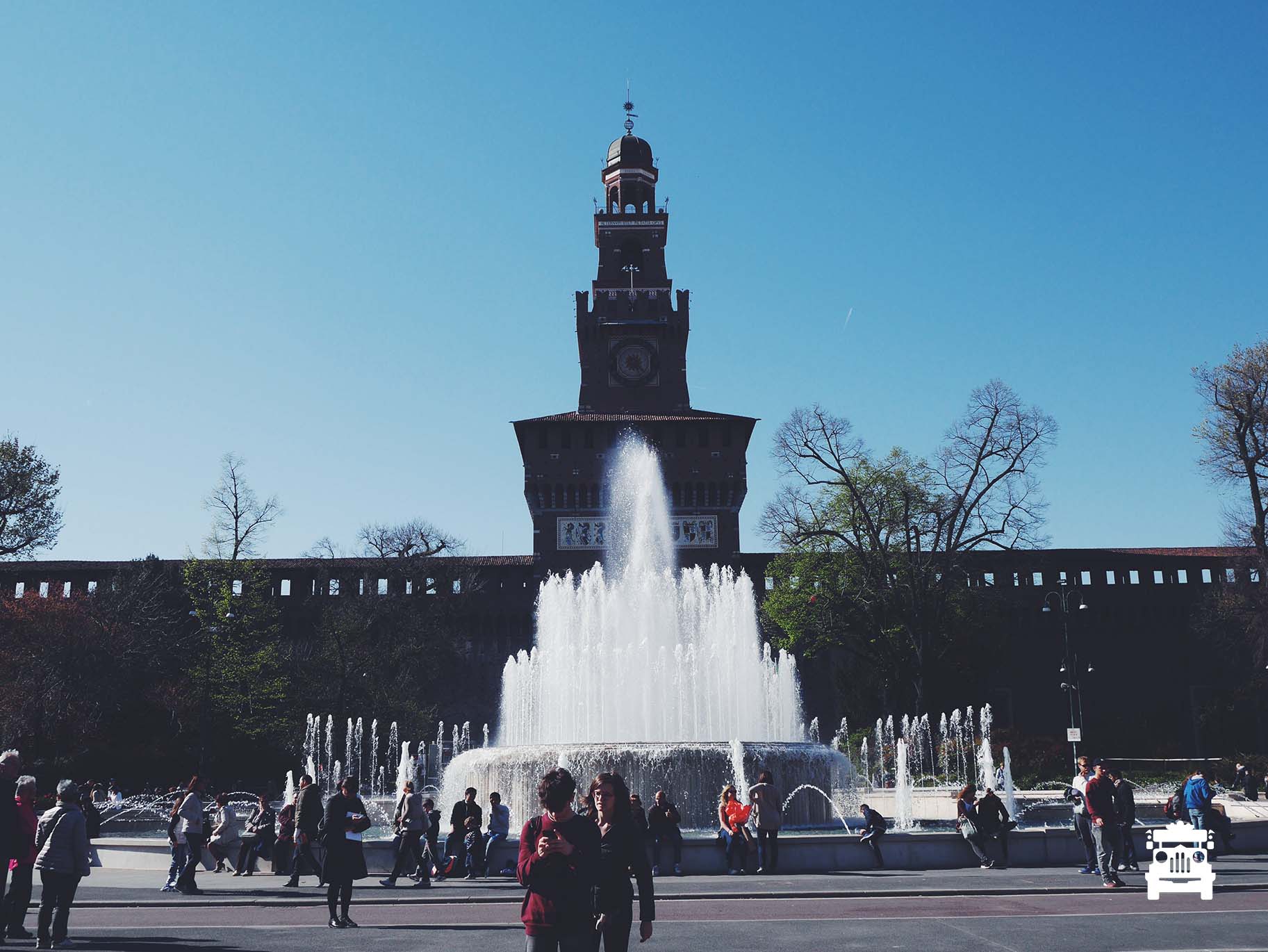 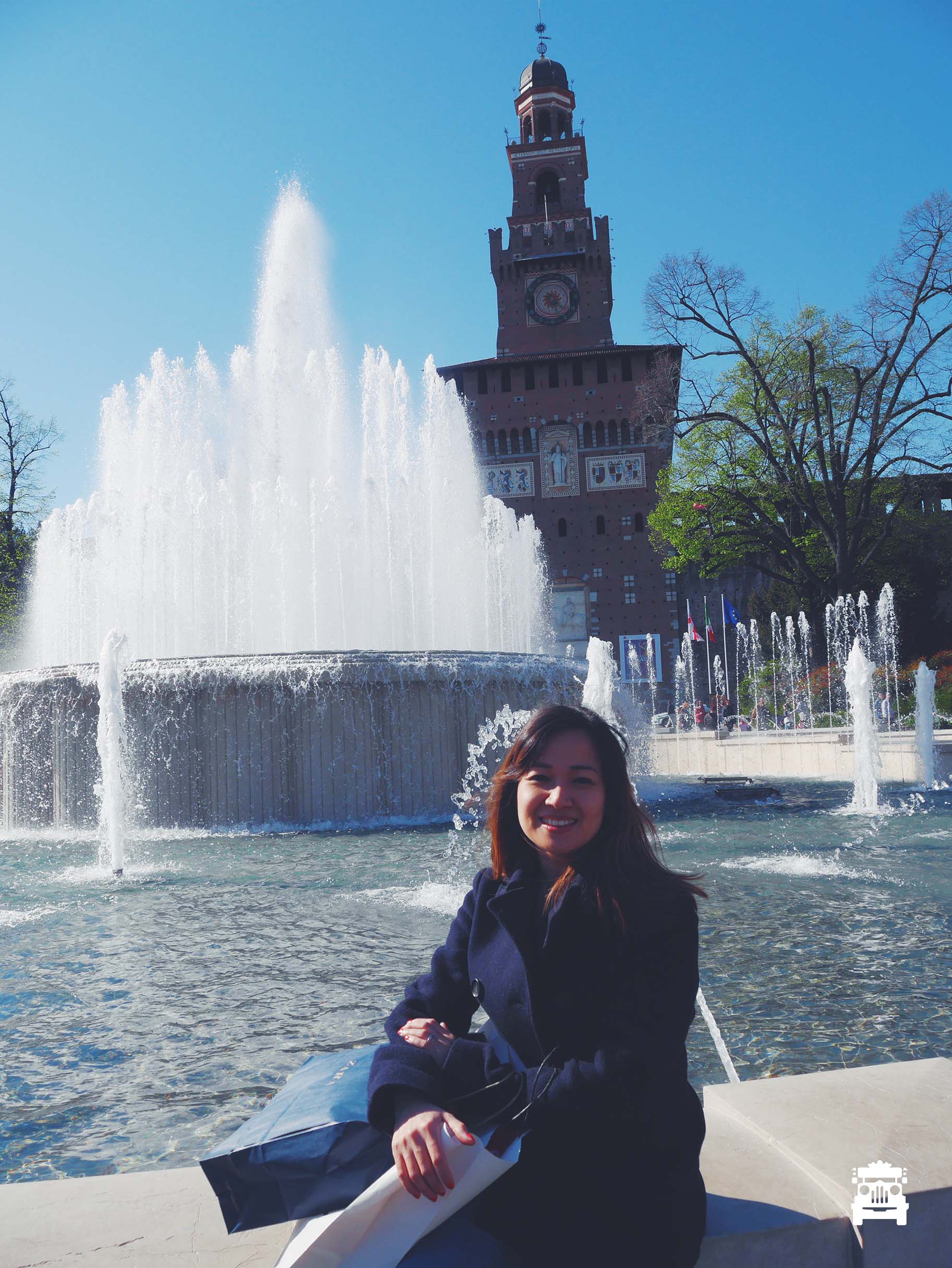 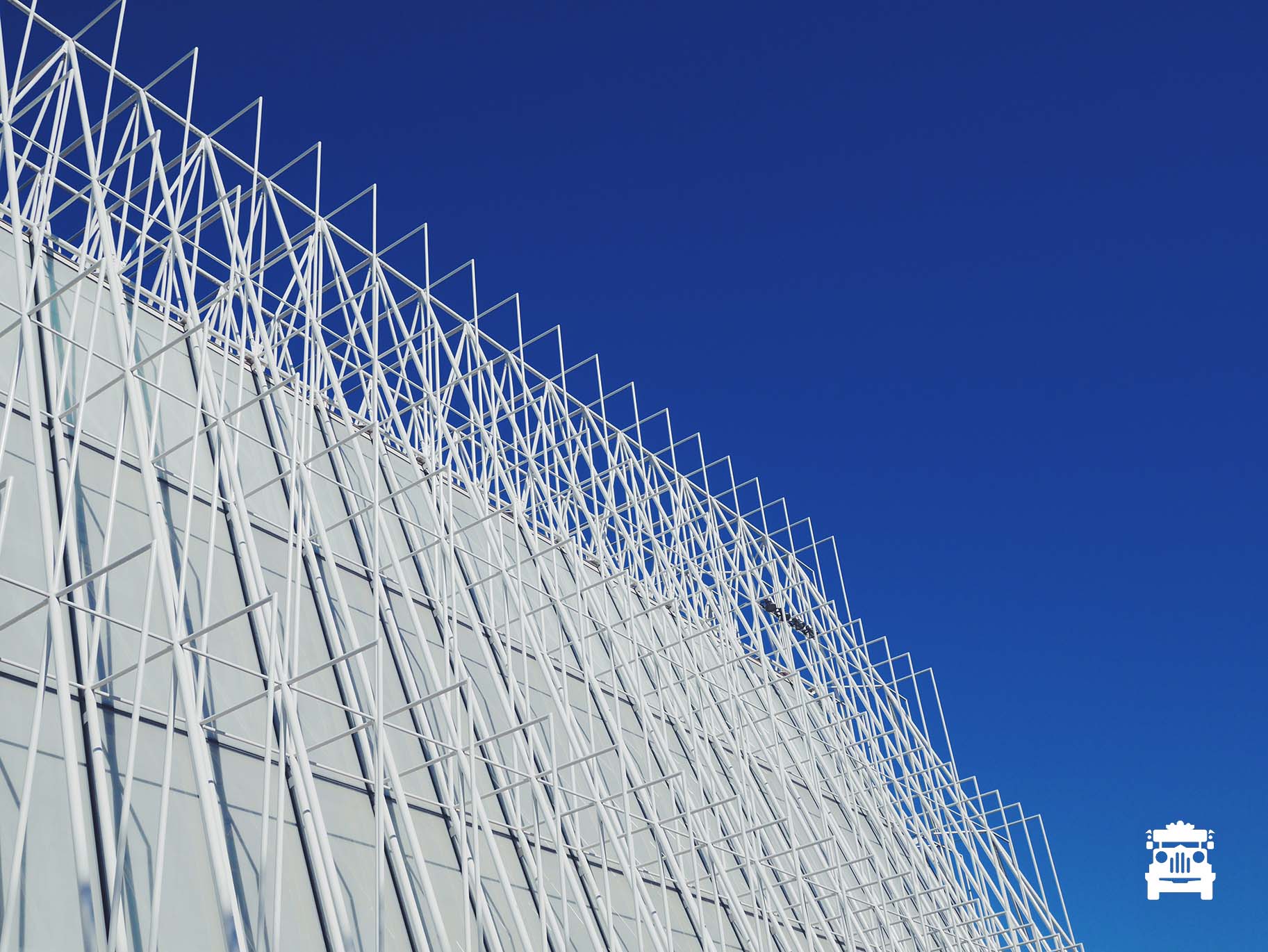 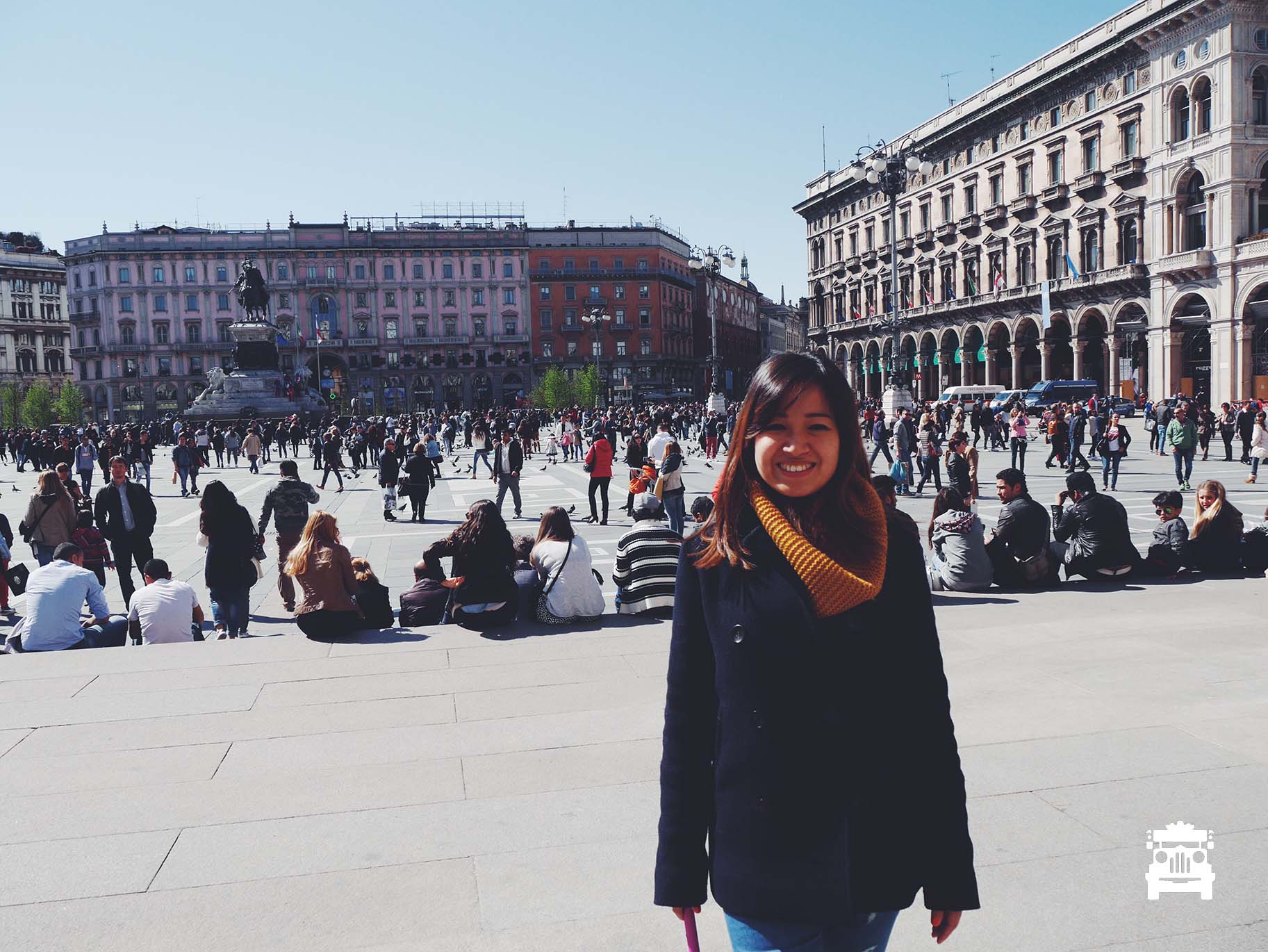 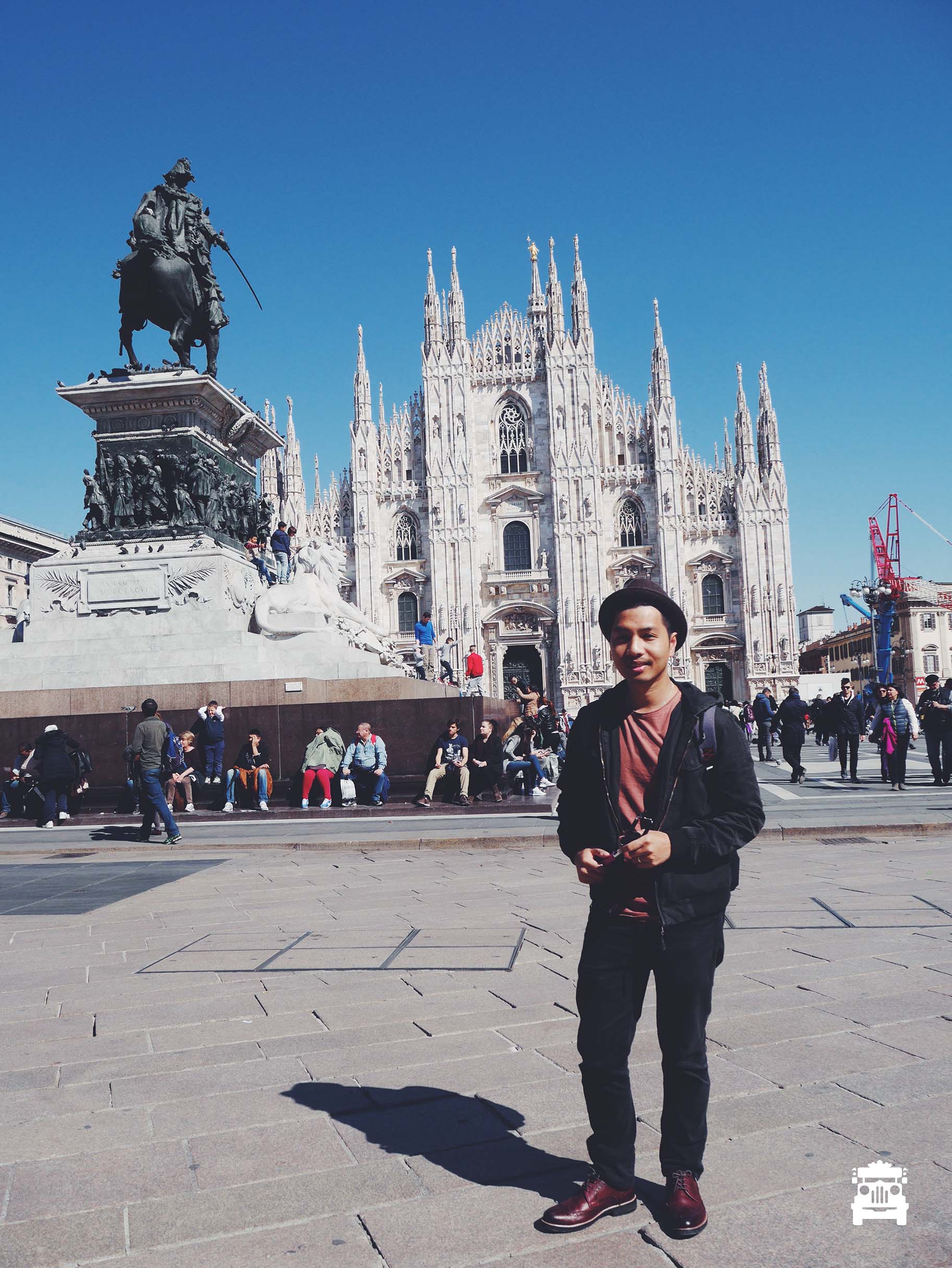 Our next and final stop for the day was Lake Como. It was a well known fact that the Hollywood actor George Clooney had a villa at Lake Como and so this was the main topic of conversation by the women on the tour bus. Wifey and I were more excited about meeting up with her childhood friends Katrina and Alfred and their kids who lived at Como. They had not seen each other for many years, plus we asked them to cook us traditional Filipino food that we had been craving. The view of the lake was beautiful as we got nearer to the town. The water was blue and the trees and houses and villas surrounding it created a very picturesque view. We arrived at our hotel at around 6pm. Alfred picked us up at 7:30pm and headed to their place. We got to see more of the lake by the winding and narrow road that lead to the town centre. As soon as we entered their house we were warmly greeted by Katrina and their family. Her parents and sisters and their family were there too. It was a full house! The table was full of Filipino dishes, yum! There was pork sinigang (pork in sour soup), palabok (noodles in prawn gravy) fried fish and another shrimp and vegetable dish. I couldn’t wait to eat some. And so we ate, and ate, and ate some more. I was so full but I wanted to taste everything. Then she brought out her homemade tiramisu, one of my favourite desserts! It was delicious. I could hardly move after that lovely dinner. Their kids spoke fluent Italian which kind of made me a little nervous since I only knew a few words like “Buongiorno” (good morning) “Ciao” (hello, bye) and “Grazie” (thank you). I didn’t think I could speak to them at all. They were too shy to speak to us anyway. 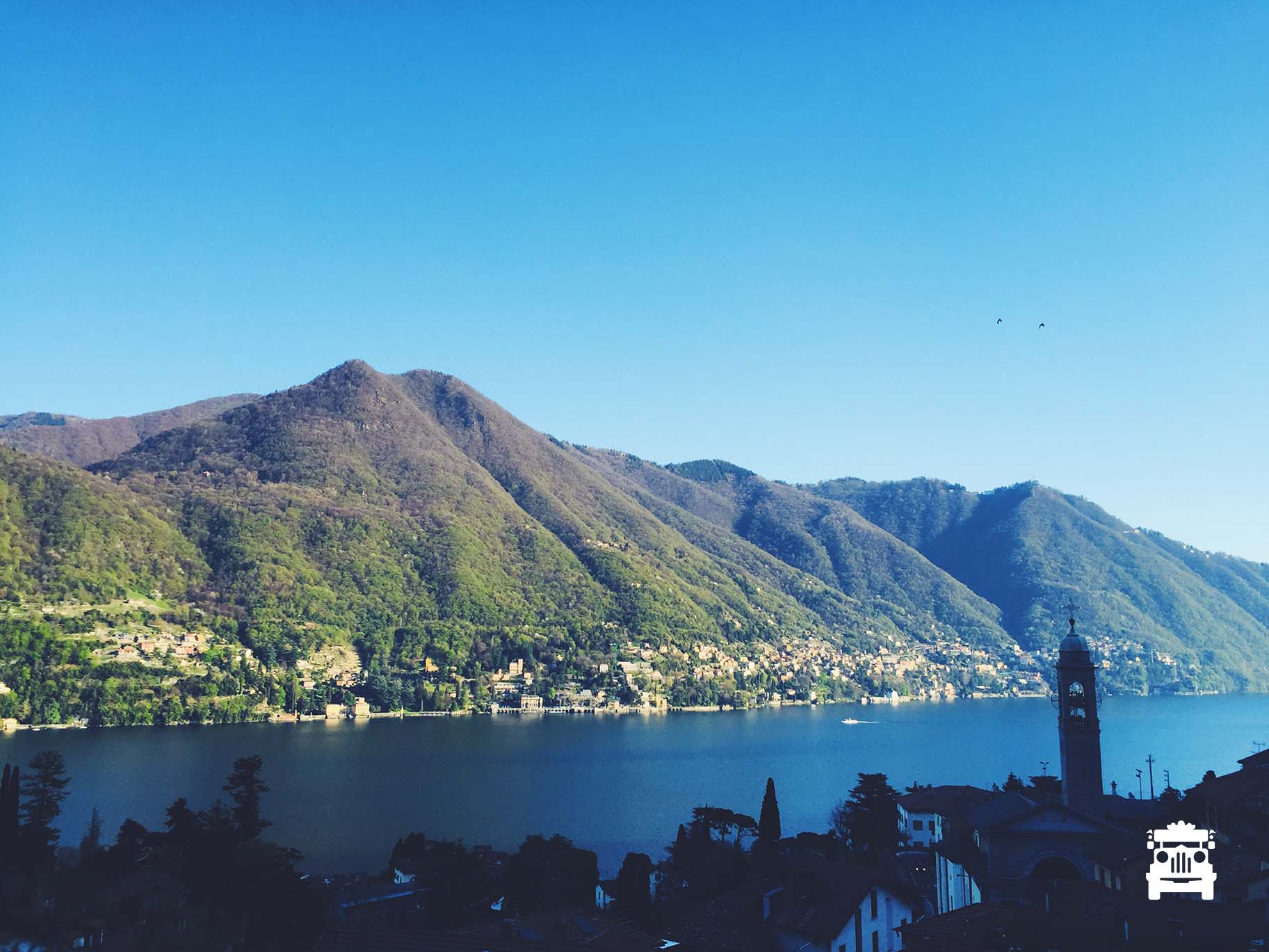 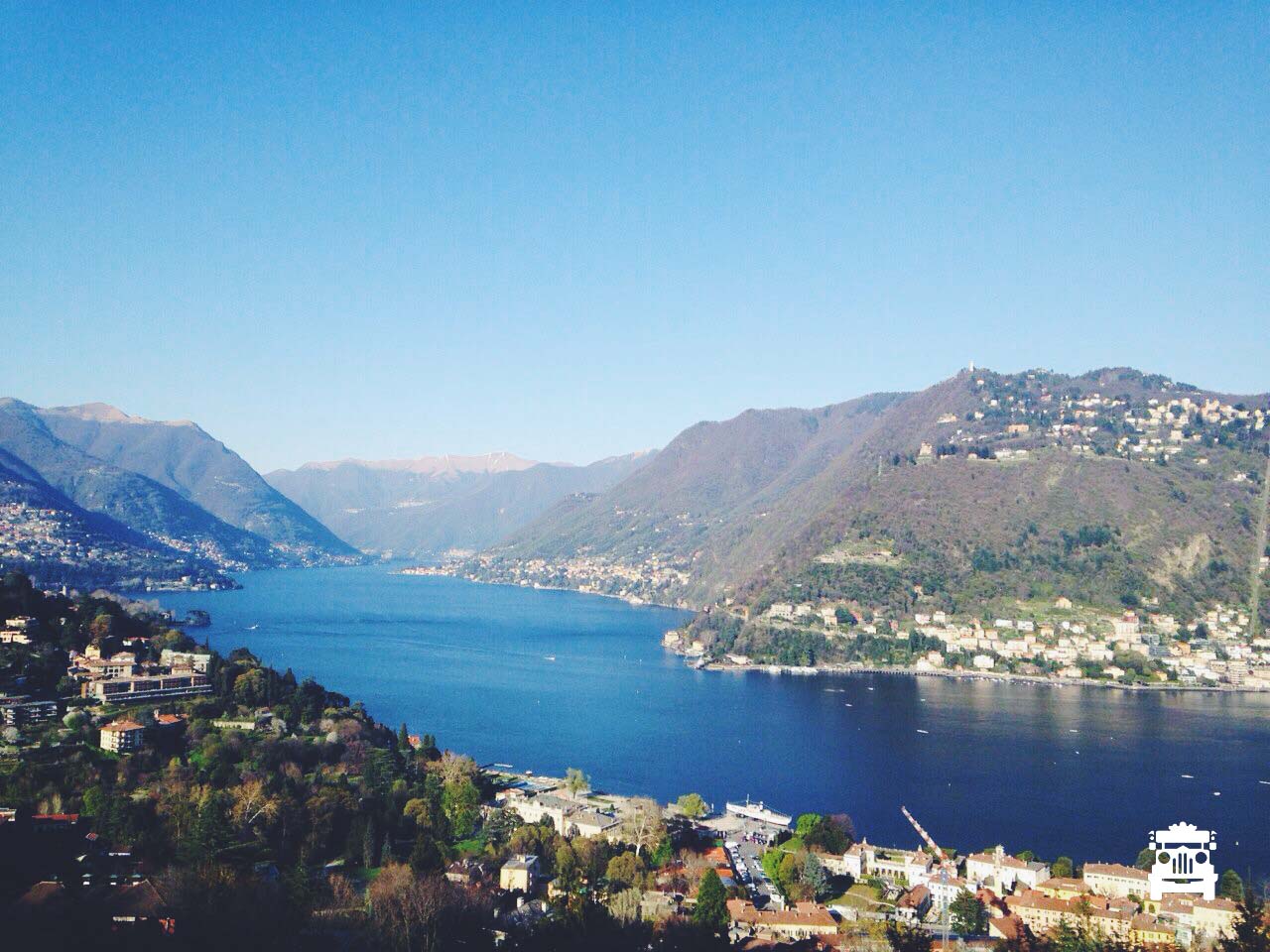 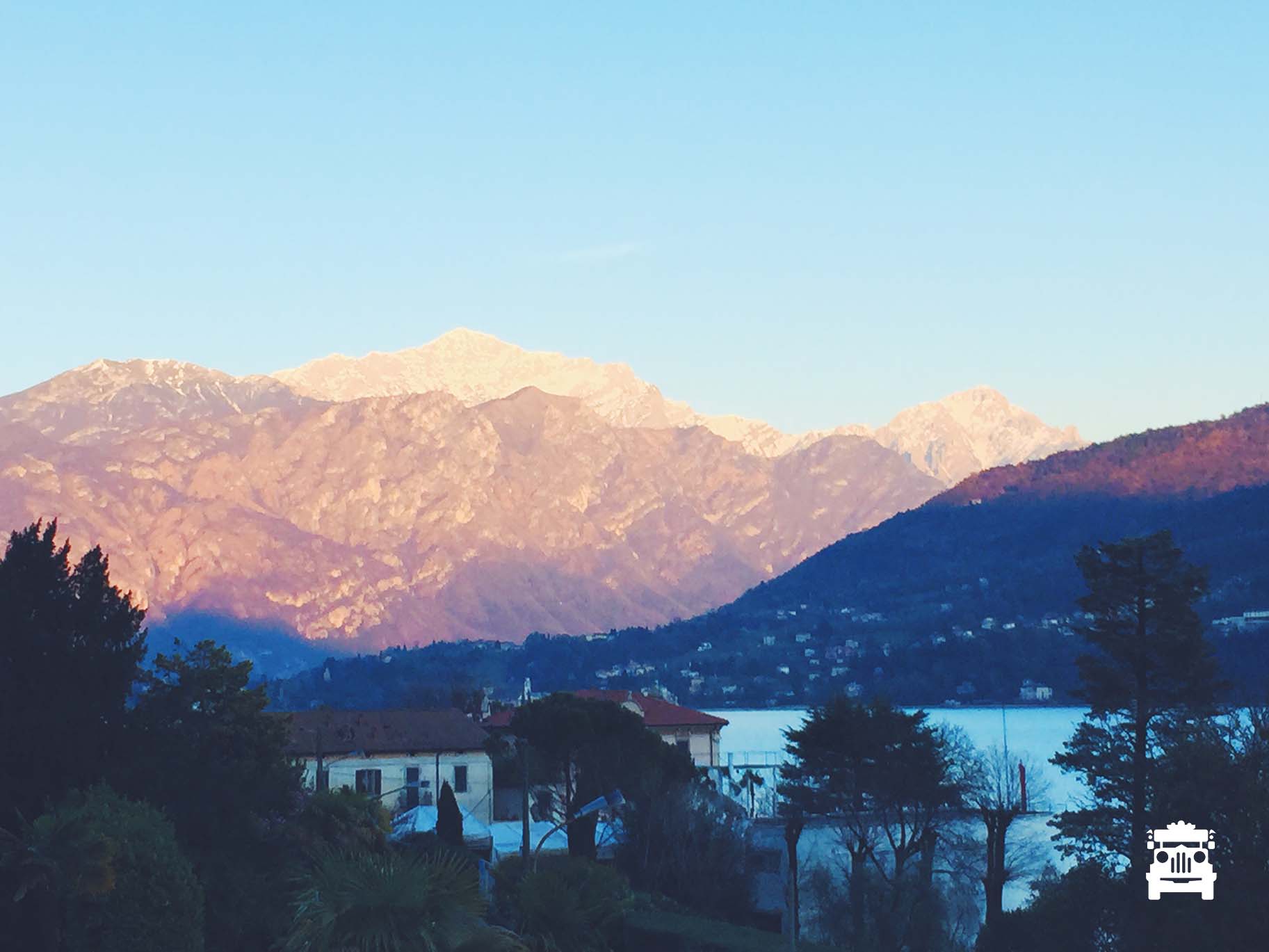 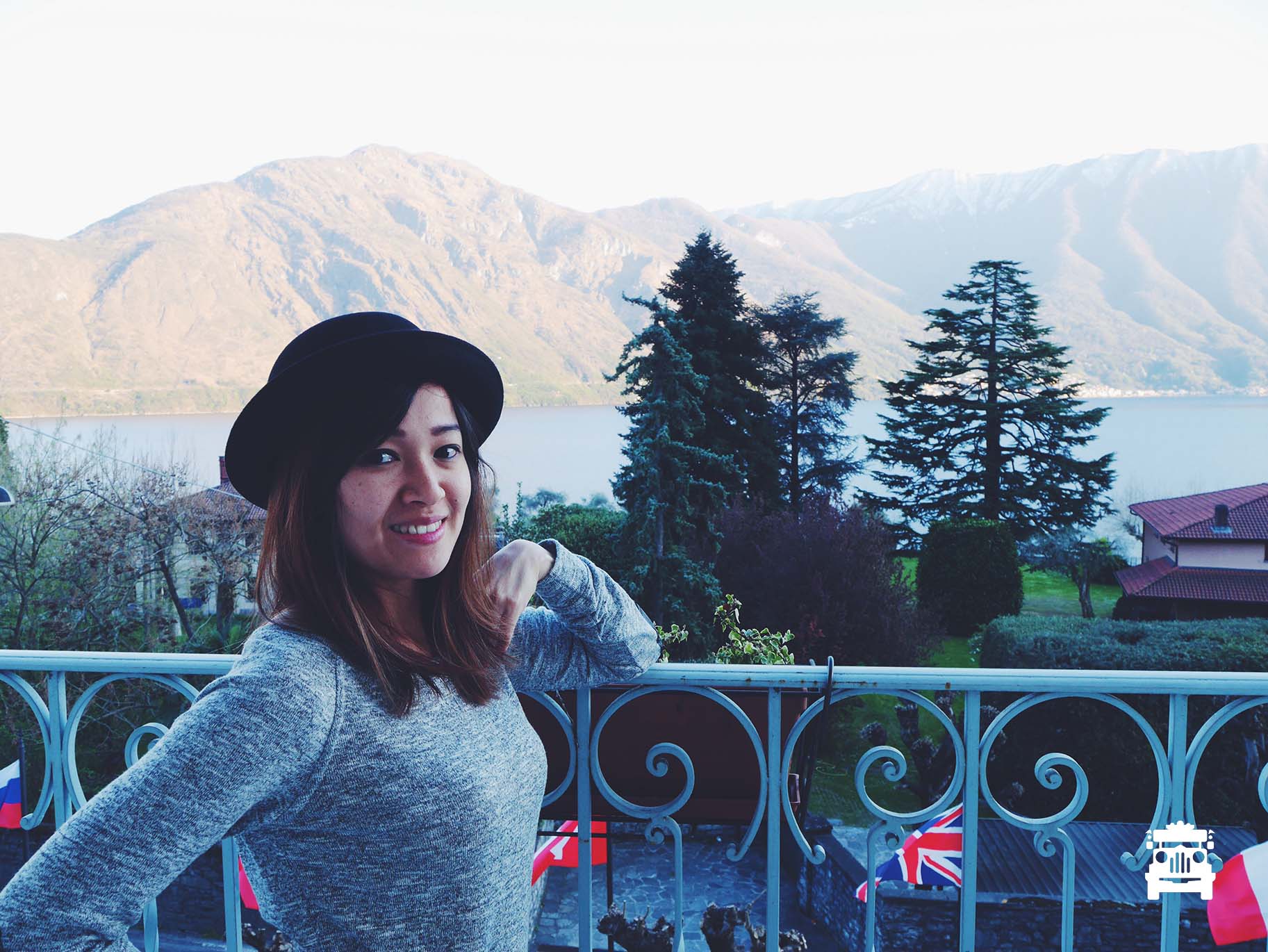 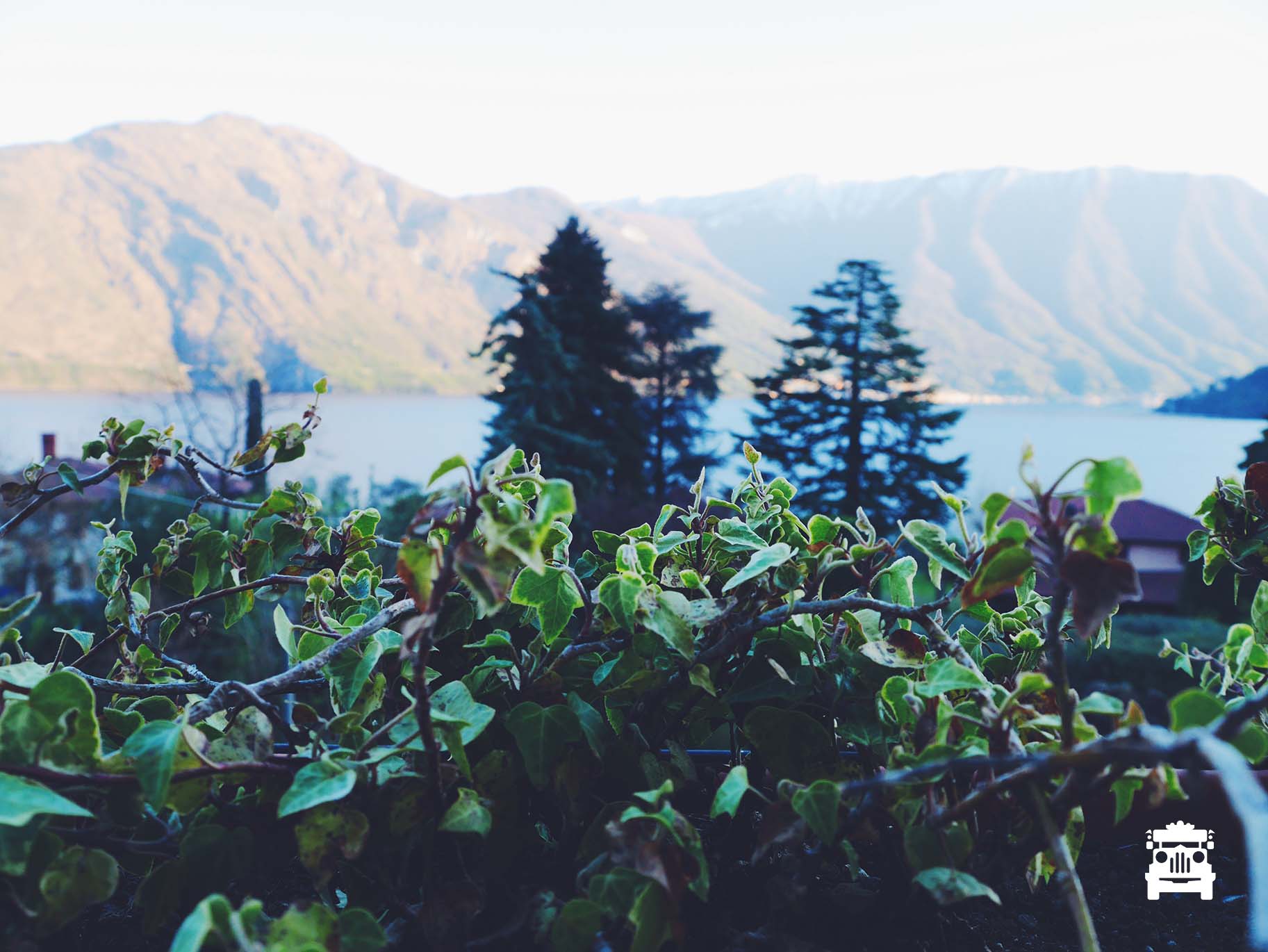 We ended up staying pretty late, watching random clips on YouTube on their tv as they reminisced about the old times, when they were in high school back in the Philippines. It was good to see Wifey and her friends together again, it was a mini reunion :). We also left some of our used clothes to be washed (thanks guys!), we planned it all along ;). We were so lucky that our tour stopped at Como and that we were going back here after our tour finished anyway and so that was when we were going to pick up our clothes after, plus Alfred and Katrina were to join us in Madrid after the tour, we were excited about that trip too.

The day was long but was very memorable, from Pisa to Milan and then seeing Wifey’s childhood friends in Como, too bad we couldn’t stay longer but we knew we would be back there in a couple of weeks anyway and that was the time we were to see what Lake Como had to offer apart from George Clooney that is :).